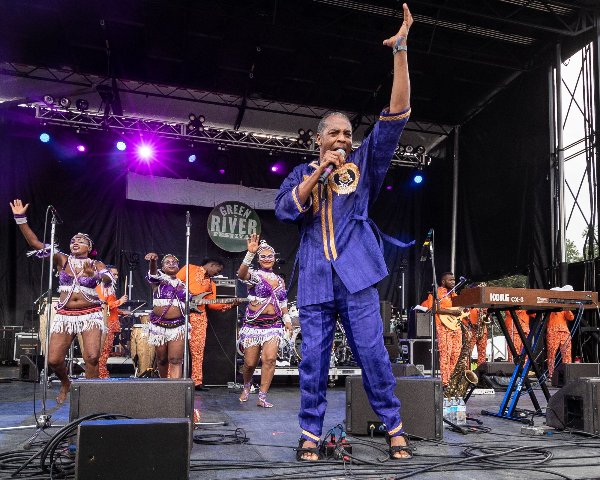 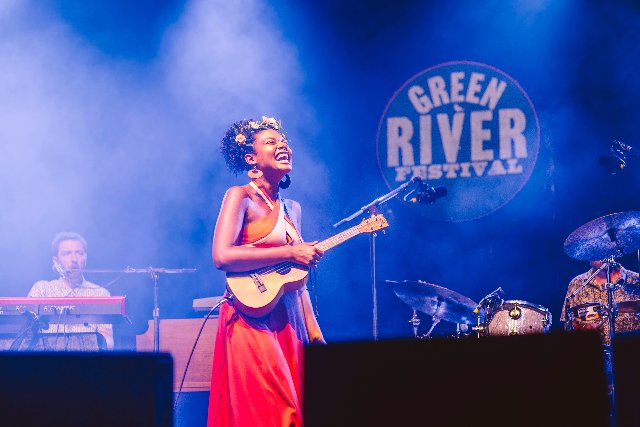 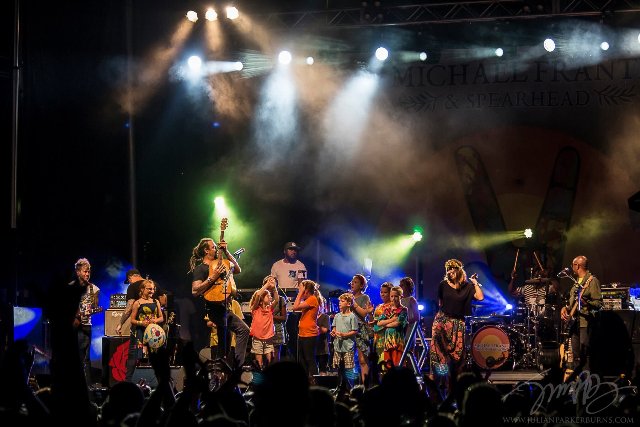 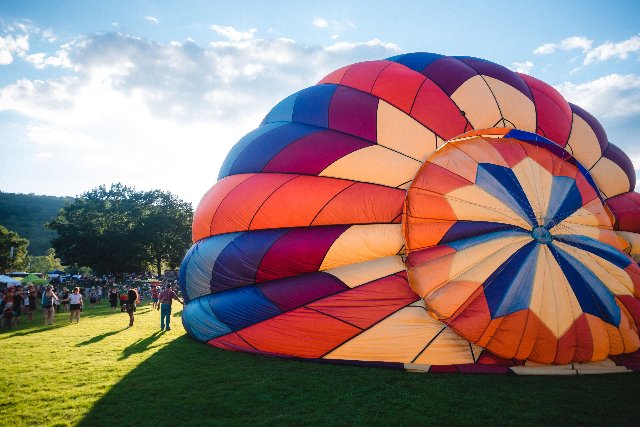 Even before Newport Jazz kicked off 65 years ago, summer has been a time to enjoy music in the great outdoors. While younger fans may flock to places like Boston Calling, Governor’s Ball, Coachella, or Lollapalozza, for the past 30+ years, one of the best places to do this has been right here in MA. And on the weekend of July 12-14, Signature Sounds will once again present the Green River Festival (www.greenriverfestival.com) on the campus of Greenfield Community College in Greenfield, MA.

“What makes this festival special is the sort of size and scope of it,” observes Jim Olsen who cofounded Signature Sounds (www.signaturesounds.com) in 1995. “While we have this amazing music line up…we probably have half the crowd of [others] which allows us to be more user-friendly and allow people to get up close and see the performers. The site is also beautiful on its own and as we do not pack it out and make it family friendly gives a real celebratory feel to it!”

When asked how a record label head picks artists for a music festival, Olsen reminds that Signature Sounds is known best for Roots and Americana music and that there are many more great kinds of music to enjoy.

“We try to plug our artists into the festival,” Olsen explains, noting the presence of such Sig Sound stars as the Suitcase Junket and Ellen Jewell, “but we do not feel that artists need be contained by label, so we look for artists we love and that our guests love. We also try to find the up and coming artists who you may not know yet but will surely be a big deal.”

In addition to top acts like Rhiannon Giddens, Charlie Hunter, Angelique Kidjo (who will be performing selections from the seminal Talking Heads album Remain in Light), Lucinda Williams, and The Wood Brothers, this year’s GRF will also offer great local food and drink (the principal sponsors are Tea Guys and Dean’s Beans, with help from Berkshire Brewing Company and Klean Kanteen, among others), as well as locally-sourced arts and crafts, and plenty for the kids (admission for whom is $0 if they are younger than 10). Guests who are fortunate enough to score Saturday night tix to what both Rolling Stone and USA Today have called one of the top 50 music festivals around will also be witness to a balloon illumination that is sure to lift their spirits even higher!

“So many people love this festival and come back year after year,” Olsen observes, “because of the vibe and feel of it and because they know they can expect to have a really nice time.”

Green River began in 1986 as a two-part event that included The Franklin County Chamber Of Commerce’s Upcountry Balloon Fair and a birthday party for local brodcast hub WRSI FM (https://wrsi.com). Early on, the focus was actually more on ballooning than music, and that tradition remains with help from Worthington ballooning (www.worthingtonballooning.com) who will be hosting tethered flights and helping with the Saturday night illumination. In 1990, however, New Orleans legend Dr. John showed up and the winds shifted. Since then, the festival (which would take on its current name in 2001) has hosted such musical luminaries as Dave Alvin, CAKE, Brandi Carlile, CJ Chenier, The Funky Meters, Gogol Bordello, Arlo Guthrie, Buddy Guy, Emmylou Harris, John Hiatt, Alison Krauss & Union Station, Los Lobos, Taj Mahal, Peter Mulvey, Preservation Hall Jazz Band, Josh Ritter, Kermit Ruffins, Chris Smither, Mavis Staples, The Tedeschi Trucks Band, They Might Be Giants, Toots & The Maytals, Lucinda Williams, Peter Wolf, and many others.
This year, Green River will host over 30 bands on three stages that will ensure a constant groove and plenty of options for music lovers of every stripe. While many come for a particular artist, many more recall finding new favorites throughout the weekend. So whether you think you are a dyed-in-the-wool Americana, Blues, Cajun, Country, Jazz, or Soul fan, by the end of the weekend, you might just change your (i)tune. Regardless, you are sure to find plenty to like and do.

If there is a rare moment when none of the bands are sparking you, drop by the Art Garden, play a game of Frisbee on the lush grounds, or get caught up in the Mardi Gras-style parades that will make their way through them. If you feel that you need a longer rest, camping passes are available at the nearby Franklin County Fairgrounds that offers running water and toilets.

Hungry? Good! In addition to feeding your musical soul, GRF also offers some of the Pioneer Valley’s best eats, including everything from Bart’s Ice Cream, Broccoli Bar, and Binge BBQ, to the equally alliterative Holyoke Hummus Co., Maple Mama's, and Pizza to the People, to Fancheezical, Papa Dogs, and Ting Ting Dumplings. Even when it comes to souvenirs, the Festival goes over and above with an entire marker’s market that offers everything from hand-crafted candles and crafts to jewelry and t-shirts and much more!

For as many bands, vendors, and guests as the Festival welcomes every year, it is still able to live by the eternal and more important than ever motto of “take only pictures, leave only footprints.” Since 2012, GRF has composted food and paper waste and all of the foodservice supplies are compostable! Perhaps that is how this annual event has been able to remain so fresh and Green!

“Its about a great music experience,” Olsen concludes, “with the discovery of new artists and a whole lot of fun!”