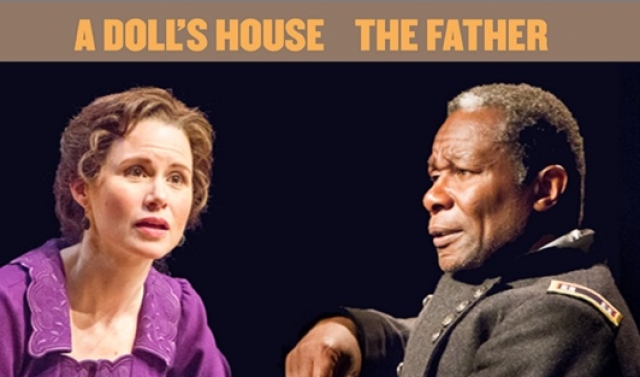 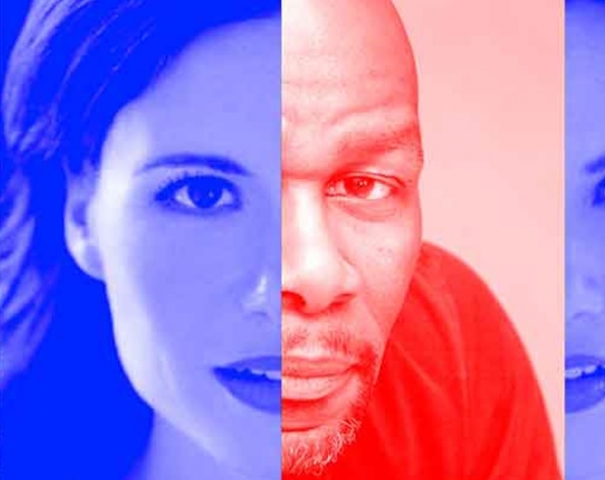 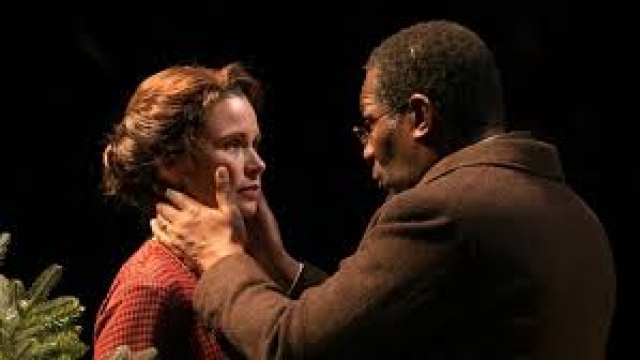 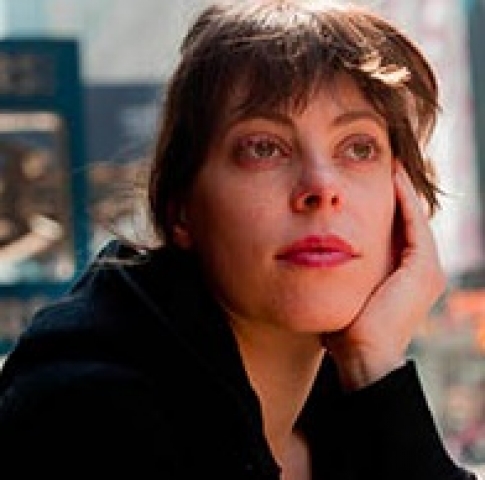 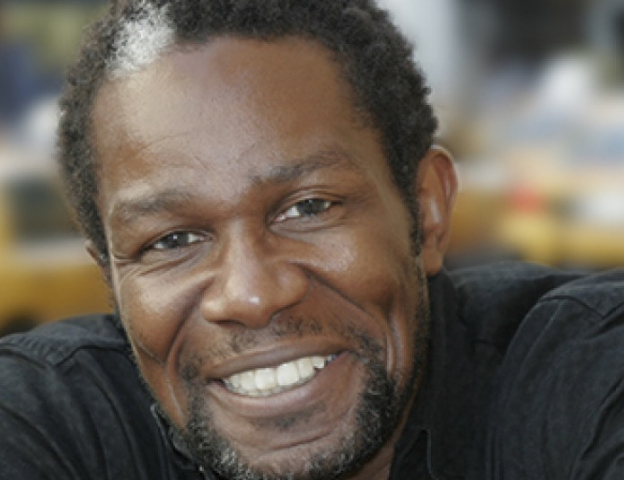 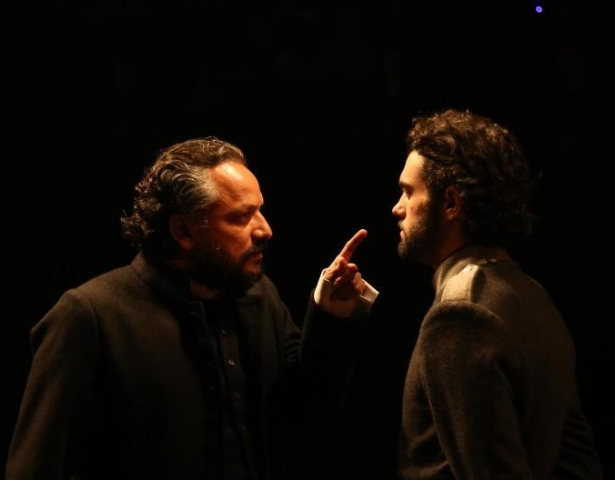 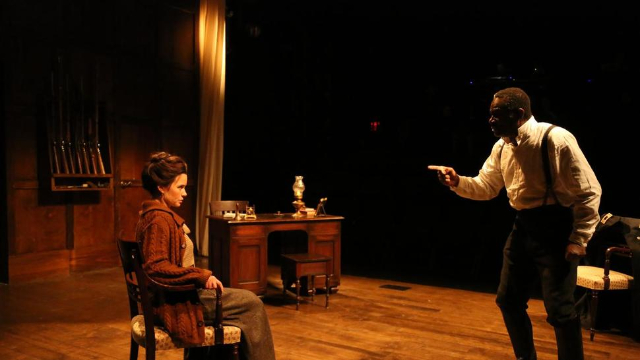 :Lacey and Thompson in a battle of the sexes. 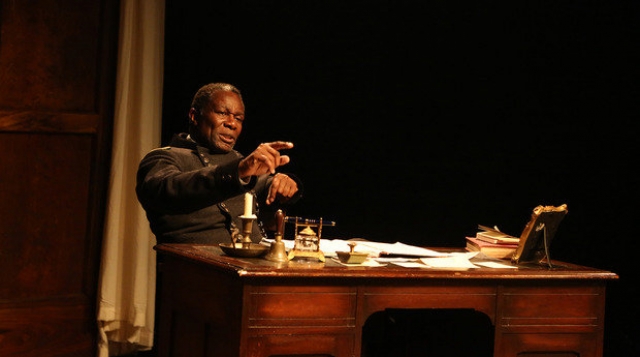 As The Captain, Thompson commands. 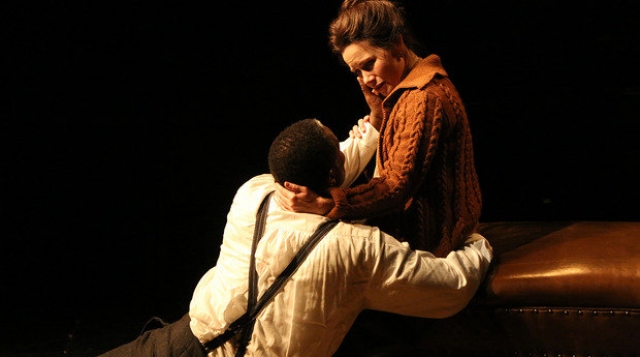 The Captain yearns for the mother he never had.

Strindberg was jealous of Ibsen's success.  Yet as the plays of these two giants of Norwegian drama are staged side by side there is reason to see why he would be.  Ibsen is the more seasoned playwright. Strindberg is the wilder.

The stage at the Polonsky Shakespeare Theatre has been transformed into an intimate strip between two raked banks of seats.  The audience is a hair's breadth from the action, an intimate engagement with powerful emotions.  Arin Arbus directs to give us both the front and back of the characters.

The exposure of violence and violations of intimate trust is different in each play.  As the deep history of Germanic law traditions and their bulwark protecting patriarchy are challenged in the late 19th century, men and women are confused and enthused by collapsing societal structures.

Nora is not a flibberty gibbit from the start. Before we enter the world of the play she has secretly borrowed money from a Shylock at a time when women did not borrow, much less sign promissory notes with shady characters.  Lacey plays Nora as housewifely but she misses some of the inherent spine the character has already displayed.

Nora's husband, has been shielded by his wife and protected.  Thompson shows us the weak and ineffective part of Thorwald as the play unfolds. The final scene, in which Thorwald often melts before Nora, is powerful here, because this man loves Nora. He does not have time to respond to her offer of a real marriage before she exits their home, their life and their children.

Mrs. Linden pricks the cocoon the couple have wrapped themselves in. She can free the Helmers from a dastardly deed Nora committed, but she will only do this if they can open their marriage to honesty. Linda Powell in the role is kindly, but also insistent. She blends these two traits with subtlety.

Thornton Wilder's translation cut most of the initial play between Nora and Thorwald in which he speaks of Nora's likeness to songbirds and spendswallows.  Wilder leaves her pawing like a squirrel, a hoarder.  Nora of course became a hoarder of household funds in order to pay back her loan.  She is proud of this secret and we sympathize.  She has cut neither her husband's budget nor the children's. Only her own.

Strindberg seeds his opening scene in The Father with the dominant subject of the play: paternity.  Thompson playing The Captain is concerned about the pregnant scullery girl and who will be held responsible.

Jesse J. Perez, who gave a forceful performance as the tortured money lender in A Doll's House, is a priest in The Father, warning The Captain to beware his wife.

The buoyant light wife of Doll's House is in contrast with Laura (also Lacey) the wife in The Father who is loathsome from the start.  Laura is cold and denies her husband pleasure. She spends his money willfully and with seeming impunity.  Wishing to have full control of their daughter, and with all the skill of a consummate politician, Laura looks for the issue that will drive The Captain around the bend. She finds one: Is he in fact the father of this daughter?

Women often laugh, always hoping their children will look like their father and his lineage so that proof of paternity is in appearance.  The Father looks at pictures of his daughter Bertha.  He offers them up as evidence to others, who agree.  But deep down he is unsure. Thompson creates the tortured angst enmeshed in authority of this complex and intriguing character.

There is a doctor in the house in both plays.  Nigel Gore, Tina Packer's frequent partner, plays both roles wonderfully.  He is befriended by the Helmers, a male companion for Thorwald and a playmate for Nora.  Dr. Rank has inherited syphilis from his father and he is close to the third and final stage of the disease.

The doctor in The Father could be taken for a wimp, but Gore shows us his courage when he listens carefully to both sides of an argument, and appears to be swayed only by reason.  He is the character Laura has the most difficulty manipulating.  Gore is perfection as both doctors.

Laurie Kennedy as The Captain's childhood nurse stands out in a delicate, moving performance as both mother and savior of her now grown charge.

A Doll's House ends as Nora gains in strength and Thorwald can't hold her.  Thompson twists himself one way and another, at one moment pinned in a lock hold and at another joyful that he does not have to face the consequences of his wife's actions. In The Father Thompson takes us far out of our comfort zone into the wrenching world of seismic societal change.  John Douglas Thompson is one of our great actors and it is a treat to see him in these contrasting yet similar roles.