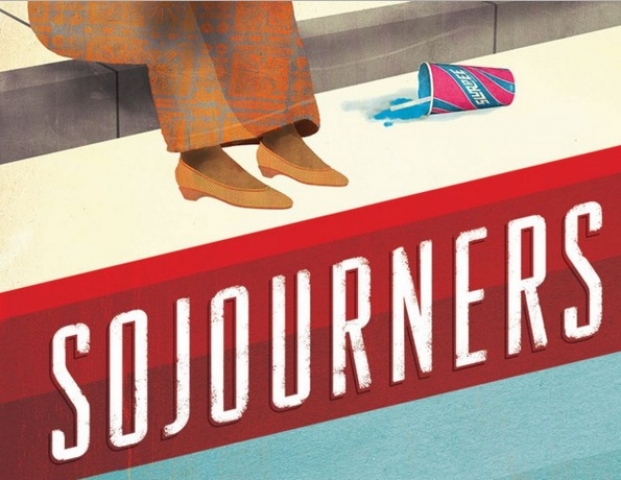 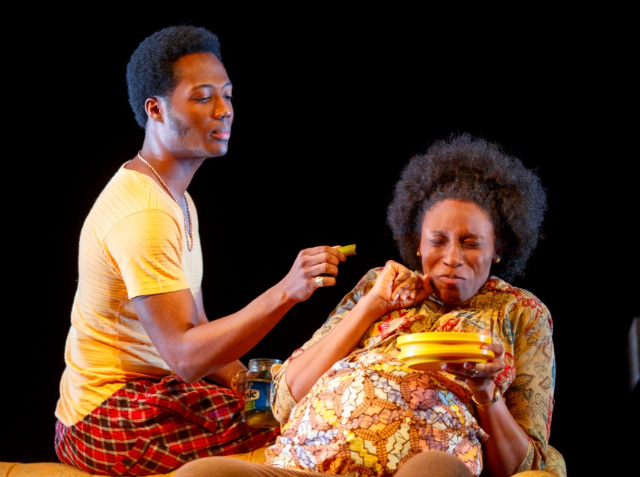 Hubert Point-Du Jour cooks, dances, smiles and leaves the role of man of the household to his wife. 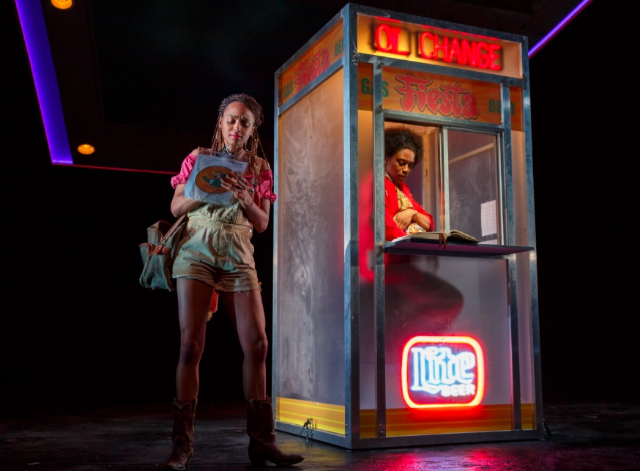 Lakisha Michelle May and Chinasa Ogbuagu, bound for friendship 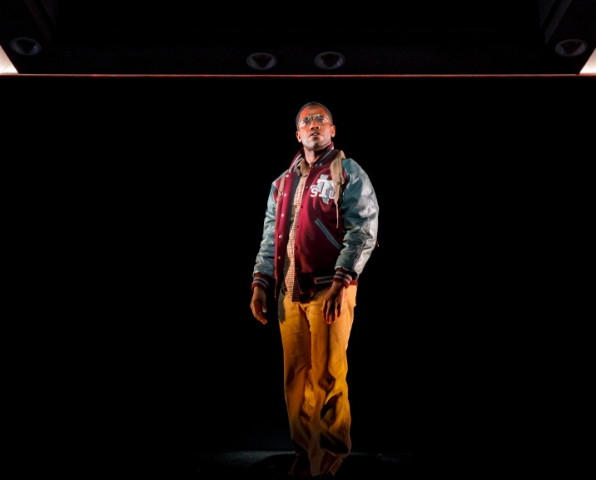 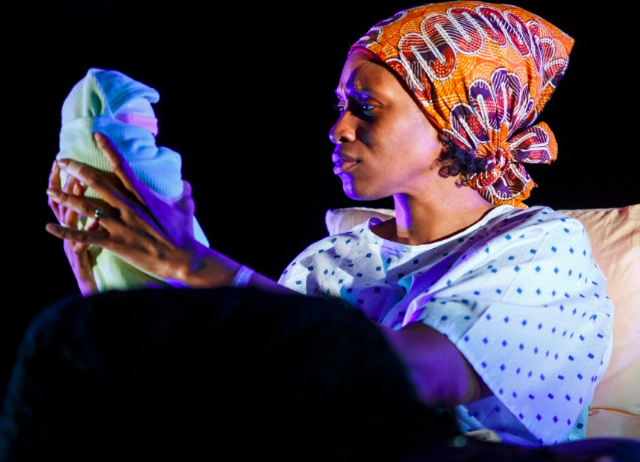 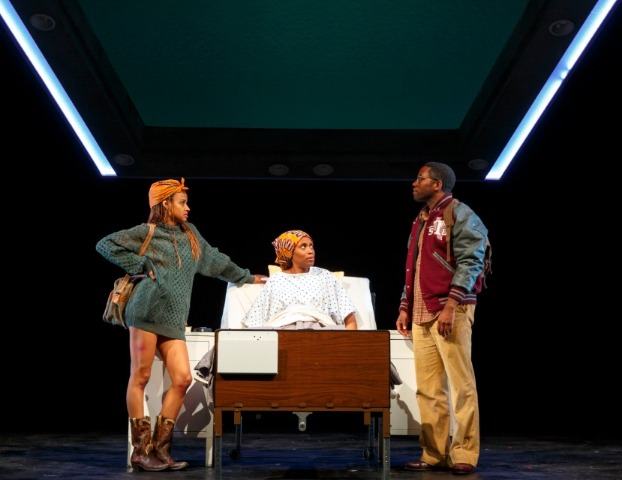 Who will win Abasiama and the baby? Lakisha Michelle May and Chinaza Uche face off.

Currently running are two plays which are part of a proposed nine play saga of a Nigerian family, members of which arrived in this country as civil war raged in their home country between 1967 and 1970.  The play is set in the late 1970s.

The American oil company Shell had started doing business in Nigeria in 1956. Oil changed the political dynamic in Nigeria. Their cache of black lucre made some Nigerians very wealthy. Unfortunately, it did not impact on society at large as it has in Norway for instance.

At a time when immigrants are a crucial topic in the US, the Nigerians are an interesting group. They tend to be highly educated or make sure that they become so. When they arrive in the US, they get on the citizenship track faster than other immigrant groups.

Yet, as the playwright Udofia develops her saga, America is not true to the imagined dream. The men are not up to the husband/father role. Children are not hugged in the arms of a community, as they are in compounds in Nigeria.

Most Nigerians in the US live in Texas, New York City and Maryland.   Sojourners, the first drama in the saga, takes place in Texas. A small gas station cubicle in which the matriarch of an American Nigerian family is trying to get her footing, dramatizes the connection between the underlying theme of oil in the US and Nigeria.

As the play opens, Abasiama Ekpeyoung looms up at the lip of the stage. She is as central to the scene and will be to the saga. Portrayed by Chinasa Ogbuagu with magnificent personal power under the most trying circumstances, she shows why we are a beacon for immigrants and what the best of our immigrant population can be.

Abasiama assumes that her husband, who was chosen by her father in an arranged marriage, is working as hard as she is to get a degree in economics. Her degree will be in biology. She is currently the only bread winner, even while heavy with child, working the night shift at a Texas gas station.

It is easy to see why Abasiama fell for Ukpong. He slithers, he dances, he is full of life and fun. An old Victrola sits on a table to the left of the sofa and he lifts and drops its arm on Motown hits. He attempts to seduce his near-term wife and distract her from the fact that in four years he has only fourteen credits from school. She is in the meanwhile charging through to academic completion.

Hubert Point-Du Jour as he husband is a thoroughly physical actor. None of his gestures are add-ons. They are part of some action line that courses through his body and erupts in tiny hand gestures and large body thrusts, among a seemingly-endless repertoire of movement.

His competition for the heart of Abasiama is Disciple Ufot. He is praying for the power to write three sentences on his Selectric typewriter and thanks God when they come.

Marvelous background music from Fleetwood Mac, Sam Cook and disco fill the Ekpeyoung home in a sound design by Jeremy S. Bloom. A hovering pane of glass above the set reflects light and water. A turntable changes the scene from the Ekpeyoung’s living room to Disciple’s and then the gas station booth. Jason Sherwood created the setting.

Chinaza Uche plays the role of Disciple with a certain officiousness. This is appropriate because he is reliable and Abasiama comes to relish his presence. He had been passing by the gas station late at night when Abasiana went into labor. She is assisted by a street walker who will become her friend as time passes. Lakisha Michelle May swaggers with invitation in her short, short, boots, long legs bared for action and dashing dreads.

As the drama unfolds, each character takes or leaves her place Abasiama's constellation. Ukpong is MIA when the baby comes while Moxie and Disciple assist. In the one rather obvious touch in the play, they both have been abandoned by parents and want to help the newborn secure a place in the world.

A shockingly accurate comment on American child rearing shows the Disciple entering the hospital with a stuffed toy. He comments that Americans rear children with stuffed toys. “And they say we are backward!”

Do we have a Nigerian-American Buddenbrooks in the making on stage?