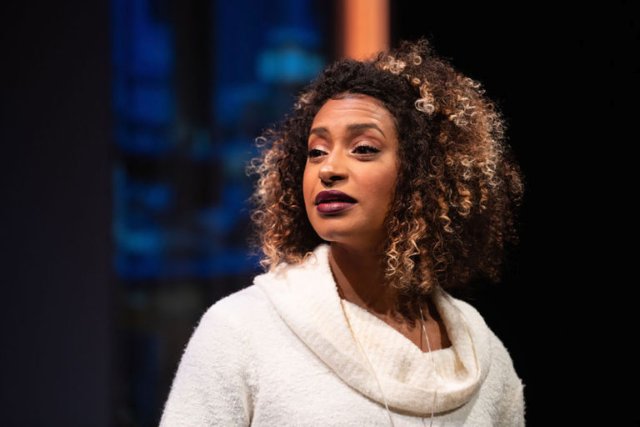 The Founding Fathers forged a Constitution that was sweeping in scope; thoughtful far beyond any antecedent; and longer-lived than could be anticipated. That’s not to say that it was perfect. The authors were unable to abolish the stain of slavery, and almost before the ink dried, they realized the necessity of adding a Bill of Rights. But after two centuries, the cracks in its integrity are widening. The corrupting influence of money and the impact of technology in the form of lightening fast and pervasive social media erode the piers of democracy.

In current times, producers and audiences often reinterpret works as symbolic of today’s socio-political environment. We see Shakespeare’s Merry Wives of Windsor in the context of the #Me Too Movement and Sinclair Lewis’s It Couldn’t Happen Here as anticipating Trumpianism. Some writers like Sarah Burgess craft fiction for our time. Her Kings is a searing indictment of the state of American politics, and Shotgun Players’ exceptional production with four exemplary actors honors the spirit of the play. Perhaps the tragedy is that many audience members will leave the theater feeling that they’ve seen a profound depiction of the accepted reality. Only later will the rage and depression set in that this is far from the “more perfect union” that the framers intended or what we, the people, want and deserve.

The central character of Kings is Sydney Millsap, the newly elected U.S. Representative from the 24th district of Texas, modeled after the new wave of congresswomen like Alexandria Ocasio-Cortez. Sam Jackson offers a stunning portrayal, including a convincing Texas accent, of the idealist challenging the entrenched ways. But her character’s abruptness and confrontational way is alienating.

Don Wood is also flawless as the classic “good old boy” John McDowell, long-standing senator from Texas. He knows the system and the electorate, and in Sydney’s estimation, he is a good man who helps his friends. The problem is that his friends are donors to his campaign coffers. Donors are essential to political survival, as John notes that politicians are “in a constant state of re-application.” The problem is the inevitability of the expected quid pro quo.

Although the play is serious, many lighter moments relieve the tension. They often concern the quirks of Texans, like the raging controversy over which restaurant originated sizzling fajitas, but Ms Burgess, Chili’s is not even in the running! (full disclosure – I am a Texan and approve of the depictions in this play). Although Burgess takes occasional license with the facts, she does show great insights considering she is a Yankee. (Okay, she’s from Northern Virginia, and only Southern Virginians consider them Yankees).

It may seem odd to the reader that the focal issue in the play concerns elected representatives taking positions on a proposed bill to eliminate the favorable tax benefit of earnings from “carried interest.” To those unfamiliar, investment managers who earn fees from clients related to investment performance (carried interest) are treated to the attractive capital gains tax rate, even though they have no money at risk. Because these managers donate heavily to political campaigns to protect their special indulgence, the slick and elusive senator finds justifications to undermine the bill. Sydney sees the tax exception as a clear example of the intractable toxicity of donor-based politics.

Add to this mix two lobbyists who interface with elected officials. Sarah Mitchell is Lauren, the more established, dedicated, and cynical of the two. Elissa Beth Stebbins’s Kate pushes her clients’ causes with the same self-interest, but she does have reservations.

Along the way, alliances form, fold, and resurrect. The portmanteau frenemy probably applies as much in the nation’s capital as anywhere. Despite political differences and biting conflict between the players, having allies is essential. But the penalty of crossing the wrong people also emerges and reveals itself in the form of today’s most damaging development – fake news. Sadly, lies travel faster than truth. In a real world environment where pathological lying is enabled and extremists can find confirming, if false, information at the click of a button, democracy and society are put in jeopardy.

Burgess’s illustration of the D.C. power scene and the sausage-making of the legislative process is spot on. Her fractured characters are archetypes of those that run the country. Unfortunately, no solution appears as the ideals of democracy crumble.