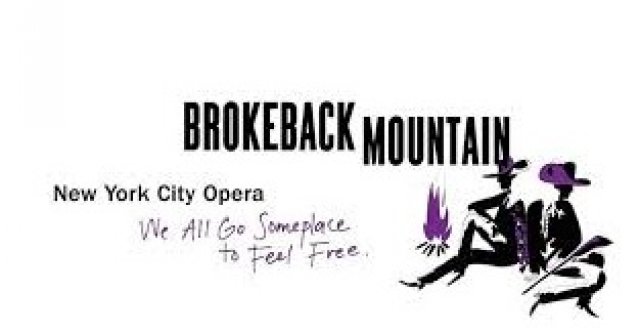 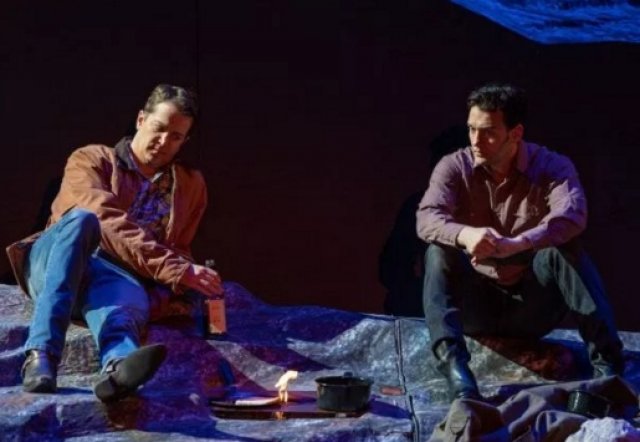 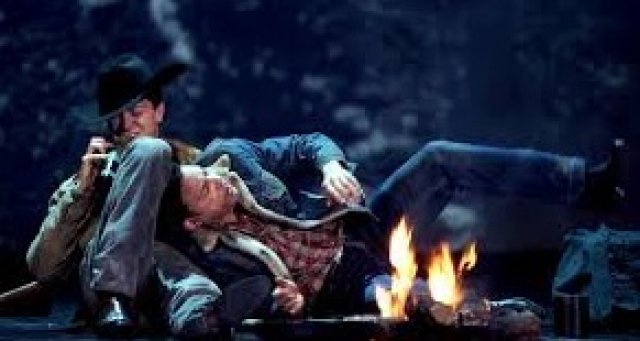 Okulitch and Allen, superb singers who lead the cast in Brokeback Mountain 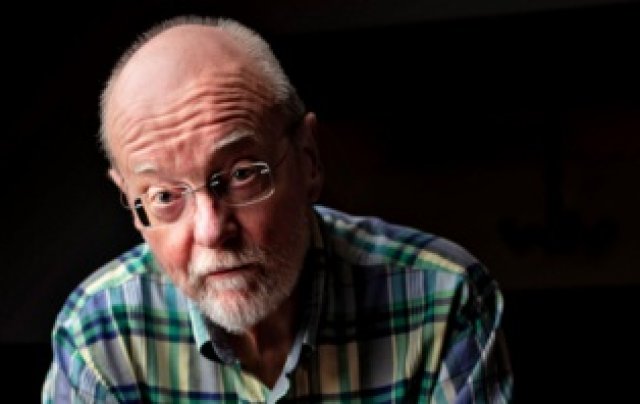 Charles Wuorinen whose music was ominous and revealing. 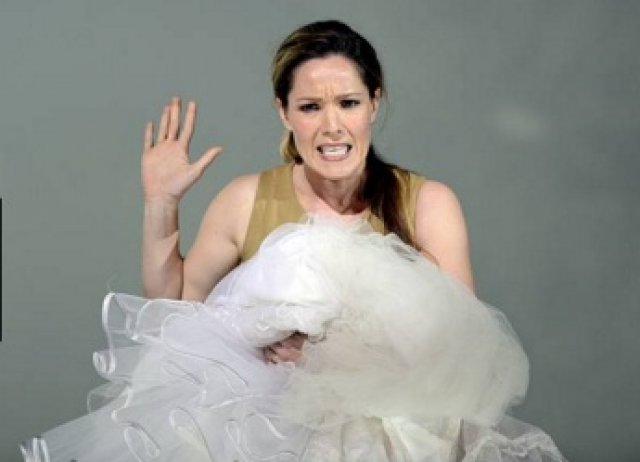 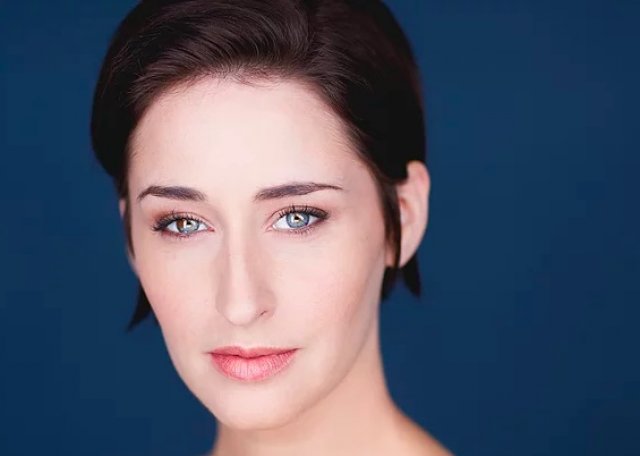 Hilary Ginther has as a rich tone which she uses to full effect. 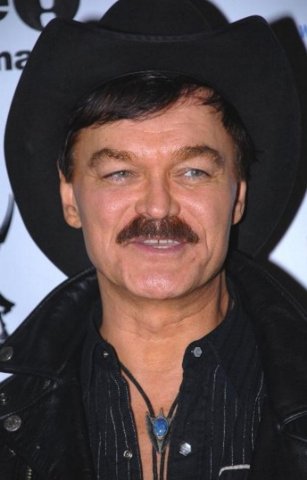 New York's own gay cowboy, Randy Jones, who worked the crowd at NYCO on opening night.

Brokeback Mountain, the opera by Charles Wuorinen, has taken a long and twisting route to arrive at its commissioning home, New York City Opera. A quartet of superb singers come together for the New York premiere.

Gerard Mortier developed the opera during his abbreviated tenure at NYCO. After he was terminated by the company, Mortier promised Wuorinen that he would take the work wherever he went. As artistic director of Teattro Real in Madrid he kept his promise and mounted the world premiere.

The orchestra was pared down to 24 instruments when the work was presented at the Salzburg Festival. It is this version that NYCO is now performing. Kazem Abdullah, who put on the work at the Aachen Opera Company he runs in Germany, was at the helm at the Rose Theater. He masterfully drew forth novelistic music from individual instruments which spoke to us one after another in this piece that is at once grand and intimate.

Often a single instrument carries a line up and down, depending on the mood of the moment on stage. An enigmatic whoosh from the vibraphone punctuates. Lovely woodwinds in the upper range suggest the beauties of nature and the beauty of two men’s feeling for each other. Listening one imagines the great flowery meadows and the coursing, endless wind Proulx describes. The passion expressed in the opera is in the orchestra's music.

The texture is often ominous. Horns are used to announce impending doom. The portrait of the mountain, where love first erupted in a fluttering pup tend, is etched by the composer, creating music that often stands as tall as the mountainous landscape does on stage. Reaching up in projections is the ever-changing sky. Above the tree line the mountain top is massed in slabs of somber malachite.

Daniel Okulitch has made the role of Ennis Del Mar his own from the opera's first performance. Okulitch sings in deep tones, often filled with confusion and desire. Tenor Glenn Seven Allen crosses over between Broadway and opera. His voice is elegant and his acting first-rate.

Annie Proulx calls the men rough-spoken. Cowboy vernacular left the words of spare vocal notes dry when they might have been evocatively translated into plain English with its array of vowel sounds that sit so well in the voice. Constant cutting of the “g” in “ing” grates.

Carl Perkins “What I say-ay-ay,” may belong in this story as it did in Proulx's,  but the song would not fit as well in the opera as “Water Walking Jesus” beloved by Jack’s mom. While the orchestration is suggestive and dramatic in this slimmed down version, it does not give the sung lines of the two lead characters much help with a stark plainness that does not satisfy the romantic story line. Only at the end do we hear lyric tenderness to match the feeling.

The women get juicier opportunities. Heather Buck is a familiar interpreter of Wuorinen’s work. She delights as the woman who gets to stay home sweating over the ironing board while her husband fishes for love in the wilds. Hilary Ginther as Lureen is a find. She has a dramatic mezzo which she can unleash with control and seemingly at will. In her role as daughter of a rodeo impresario, who warns her off weak, wimpy Jack, she is full of irresistible exuberance, even as her husband fades away. The texture of her voice is lush. Like Buck, she comfortably sings over a wide range, and pins the difficult leaps we have come to associate with contemporary vocal lines.

The story benefits from tightening and highlighting. Would it be possible to charge it with more emotion and a stronger dramatic arc? The two men meet, they fall in love, but Ennis is not able to admit his nature. As written and directed by Jacopo Spirei, it is announced to us instead of unfolding from its emotional depth.

The performances of the four leads and the supporting cast, and especially the orchestra music as a protagonist in the opera, made the evening thoroughly enjoyable and moving.