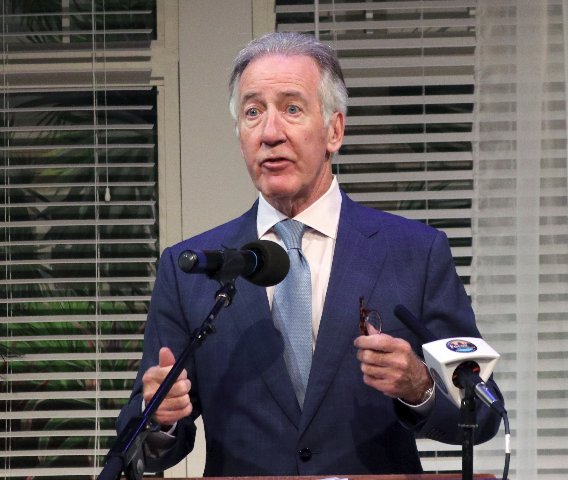 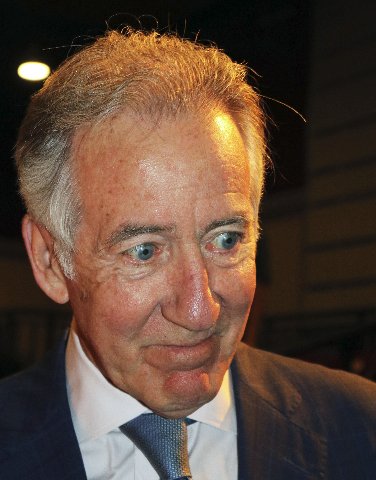 Neal has eyes on the prize. 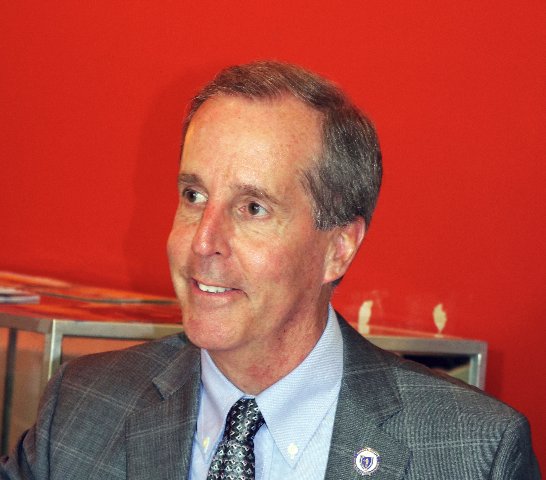 State Rep. William "Smitty" Pignatelli is a friend of the arts. 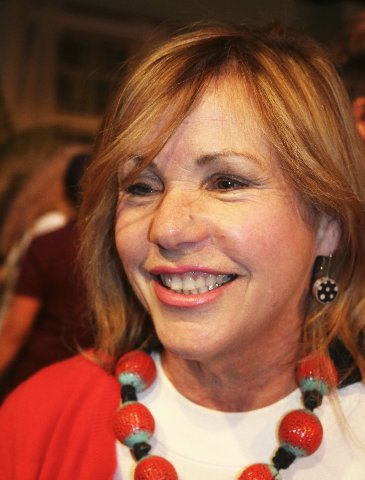 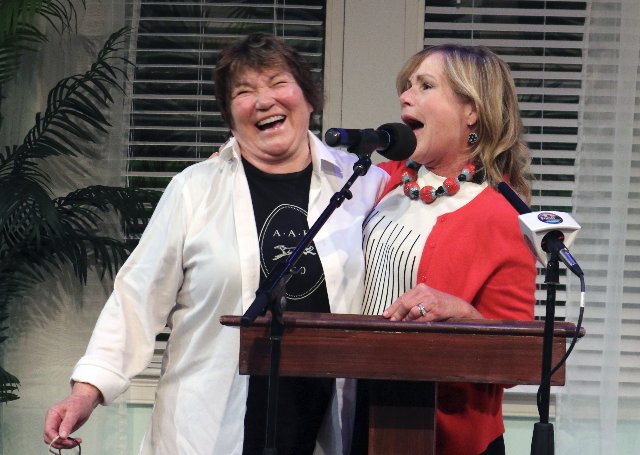 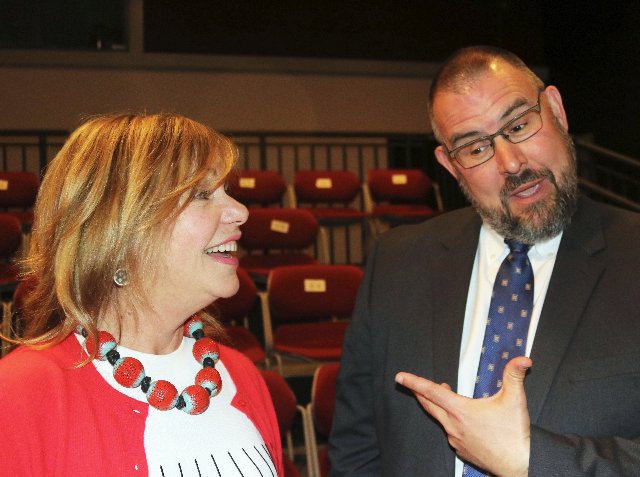 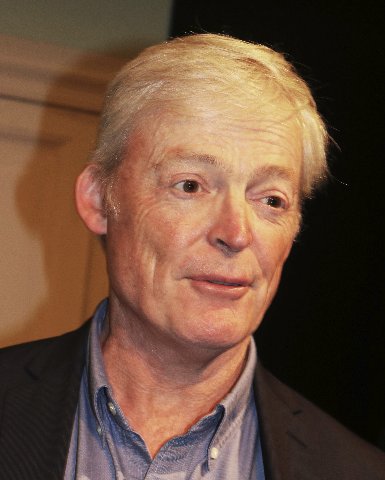 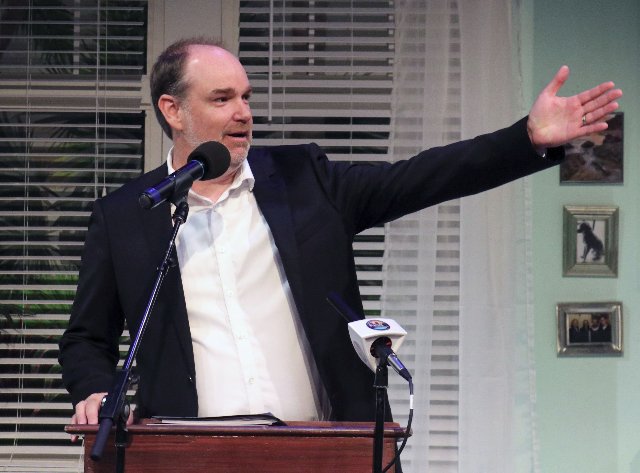 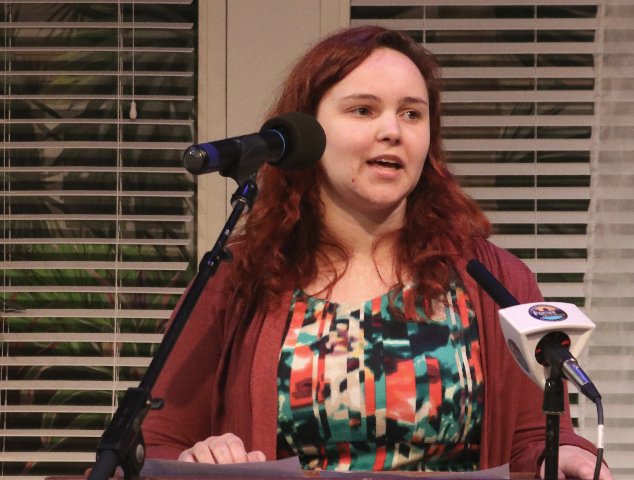 Veronica Beaupre gained self confidence through a S&Co. program. 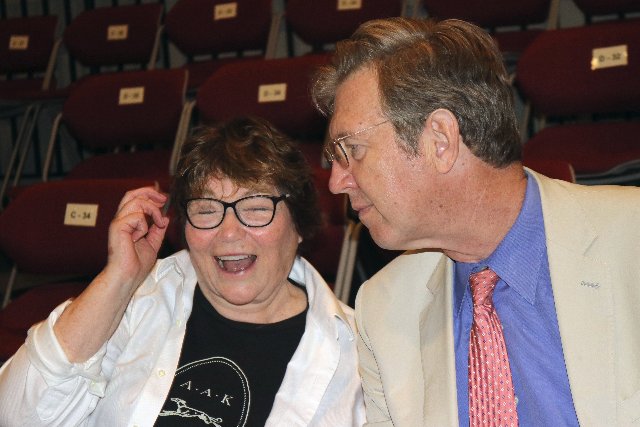 Packer having a word with MASS MoCA director, Joe Thompson.

Yesterday leaders of arts organizations and the media gathered at Shakespeare & Company to share good news about funding and benefiting from the creative economy of the Berkshire.

State Rep. William "Smitty" Pignatelli asked the audience a rhetorical question, “How many of you would be willing to invest a dollar to get back ten?”

With vivid rhetoric, echoed by other sanguine speakers, they emphasized that investing in the arts and cultural tourism is money well spent.

With a daunting array of arts institutions from mega to miniscule the hunger for funding may be better described as a famine. Those with the largest audiences and administrative resources, including grant writers and fund raisers, get the lion’s share of what is dolled out from the National Endowment for the Arts as well as the Massachusetts Cultural Council.

When it comes to budget cuts the National Endowments for the Arts and Humanities are widely regarded by conservative legislators and their constituents as frivolous. Under the vulgarian leadership of Trump they were threatened with extinction.

Not only has the NEA survived the annual budget battles there has even been a modest but remarkable increase. the U.S. House Appropriations Committee approved funding for the National Endowment for the Arts (NEA) at $155 million for FY 2019, a $2 million increase.

Congressman Richard Neal took to the podium to announce $348,000 in NEA funding for the Berkshires. The federal funding cycle provides $900,700 to the Massachusetts Cultural Council and $1,092,400 to the New England Foundation for the Arts to benefit cultural groups across the state.

NEA money will be shared by Shakespeare & Company, Jacob's Pillow Dance Festival in Becket, the Boston Symphony Orchestra at Tanglewood, the North Adams Public Schools (with Massachusetts Museum of Contemporary Art), the City of Pittsfield, Mahaiwe Performing Arts Center in Great Barrington, Barrington Stage Company in Pittsfield, the Massachusetts Cultural Council and the New England Foundation for the Arts.

A consummate politician Neal is the U.S. Representative for the 1st District of Massachusetts. He is a member of the Democratic Party and a former city councilor and mayor of Springfield, Massachusetts. Playing to a responsive audience he said, "You’ve really established a national and international reputation."

During high season some 400,000 come to the Berkshires to enjoy one the nation’s most remarkable regions for all aspects of the visual and performing arts.

Massachusetts Cultural Council Executive Director Anita Walker was on hand with more good news.  Pending is a $2 million hike from an amendment authored by Sen. Adams Hinds of Pittsfield.

Addressing the audience in the Bernstein theatre, with a whimsical flourish, Walker asked  S&Co. founder, Tina Packer, to join her on stage for a hug. She told us it was a “bucket list” wish to “perform” on stage with Packer.

For the past couple of years, since the departure of Tony Simotes who righted a sinking ship, the company has been stable and productive under Allyn Burrows.

Managing Director Adam Davis, fairly recently on staff, said tourism in Berkshire County is a $462 million industry. "We are a huge part of that, we are part of that economic engine," he said. "Four thousand jobs are created just because of what we do."

As hosts of the event there was a primary focus on programming and funding of S&Co. Most often grants are given for educational programming. The three other major equity theatres as well as Jacob’s Pillow and Tanglewood are also notable for their remarkable work with troubled youth, local school systems, and emerging artists.

Veronica Beaupre, now patron services manager for S&Co. recounted her experiences with the program in 2011. With compelling anecdotes she tracked a personal history of evolving from student, to intern, and now staff member.

"I realized I had absolutely no idea who I was as a person ... luckily for me the education program handed you the tools to fix that problem ... the complete works of Shakespeare," she said.

"When you work with Shakespeare's text you don't think of the characters as fictional people, they're complicated, dysfunctional, they've got relationships and ambitions, and perhaps most importantly, they feel everything at 100 percent of the feeling ... you're never just slightly angry, you're ready to murder someone.”

The audience warmly responded to her success story. That opportunity continues to be offered to others.  S& Co. will receive $20,000 to continue its Fall Festival of Shakespeare, an educational program that brings classical theatre to10 local high schools and culminates in performances at the company's Packer Playhouse.

During dark times for a deeply divided nation it was encouraging to learn how funding the arts is a catalyst for bringing people together.