Tandem Exhibitions of Picasso and Alma-Tadema 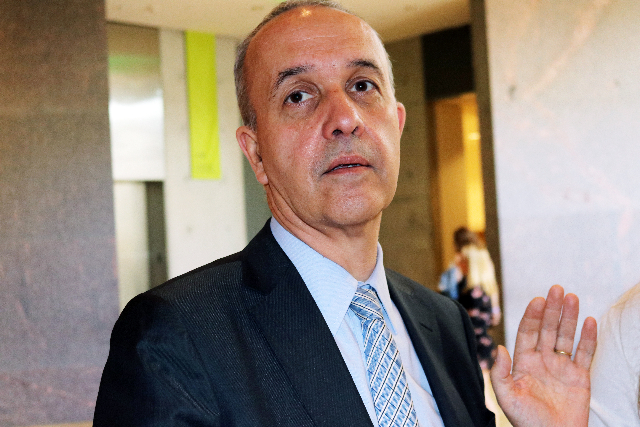 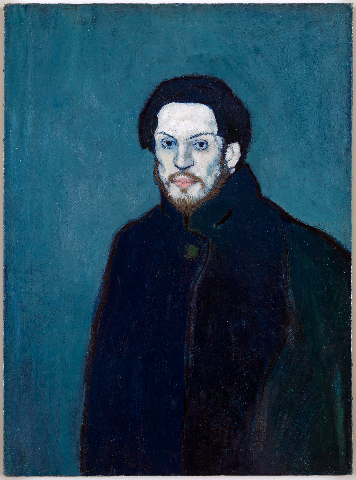 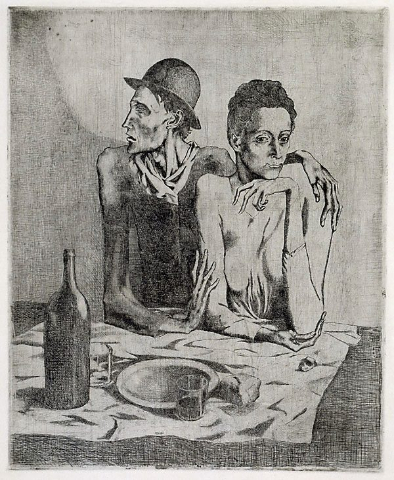 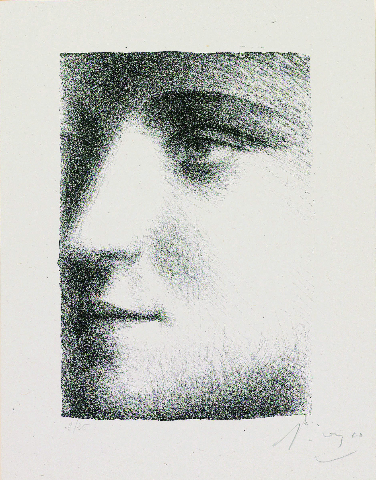 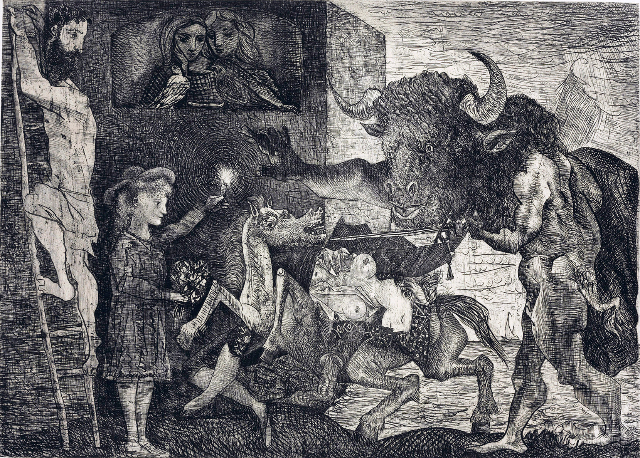 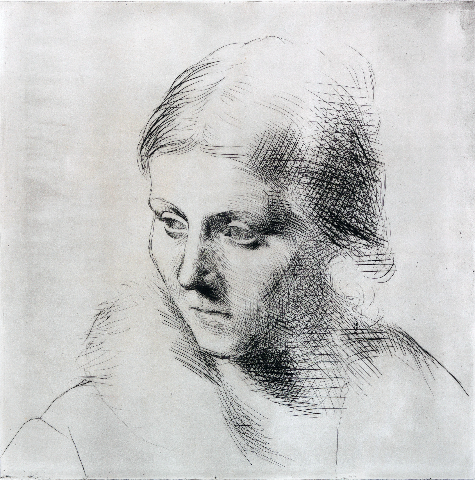 Portrait of Olga in a Fur Collar, drypoint 1923. 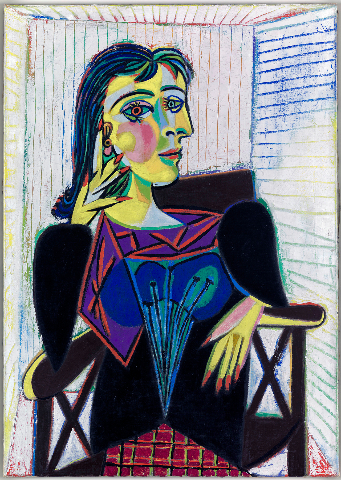 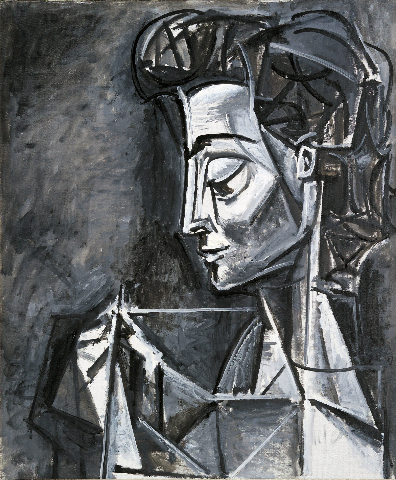 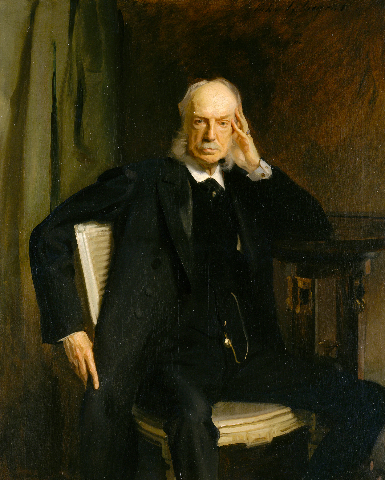 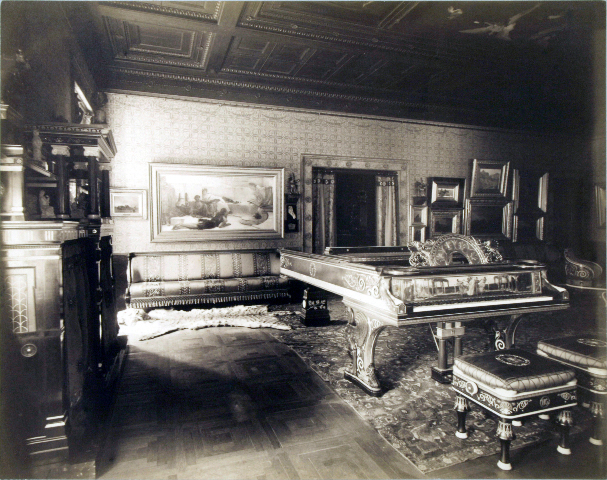 Lawrence Alma-Tadema, A Reading from Homer, 1885, oil on canvas, Philadelphia Museum of Art. 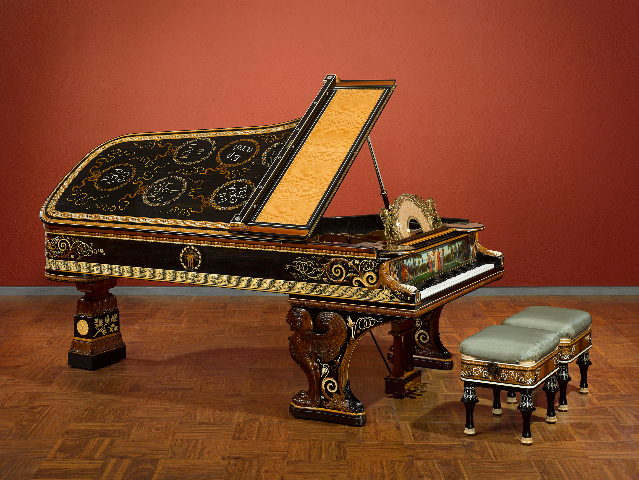 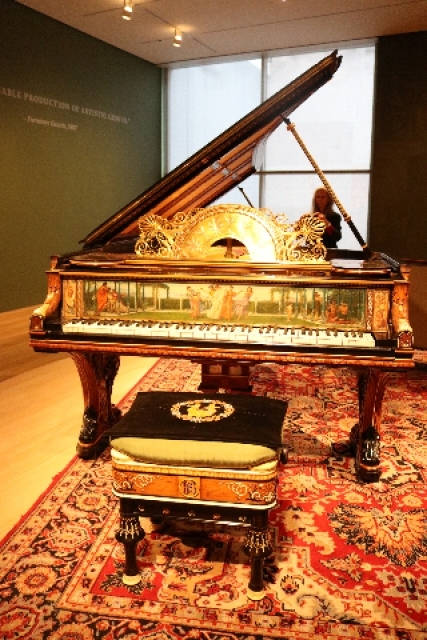 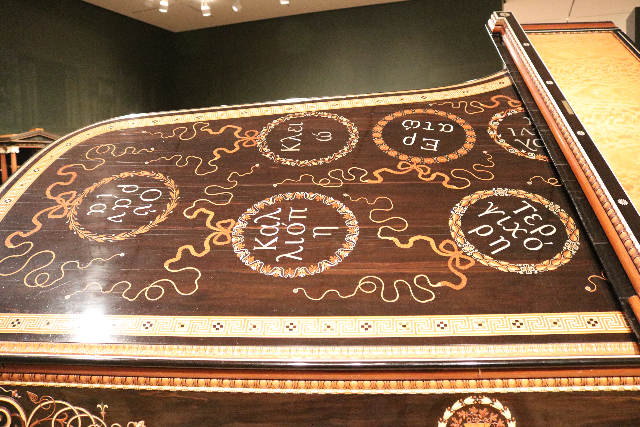 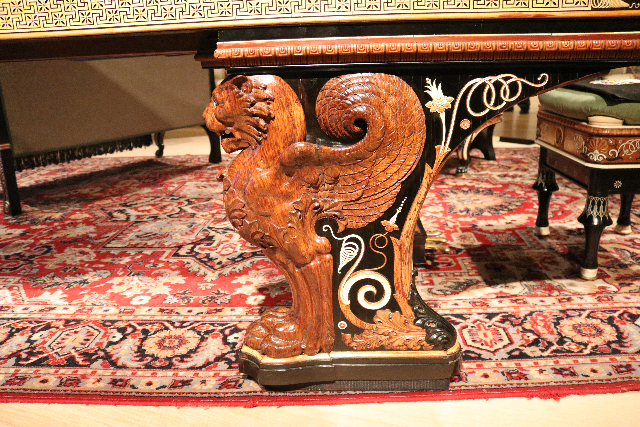 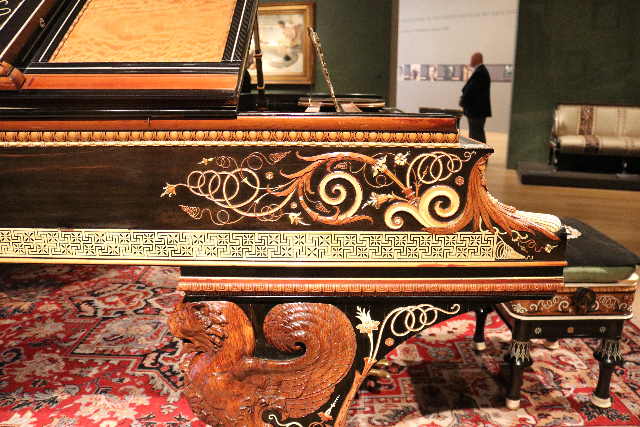 Side view with inlay. 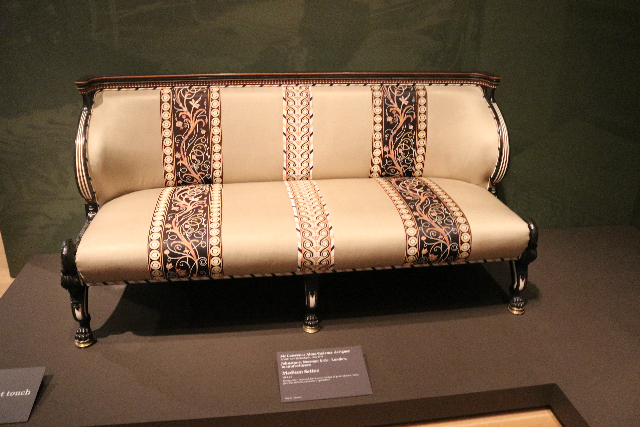 Settee from the music room. 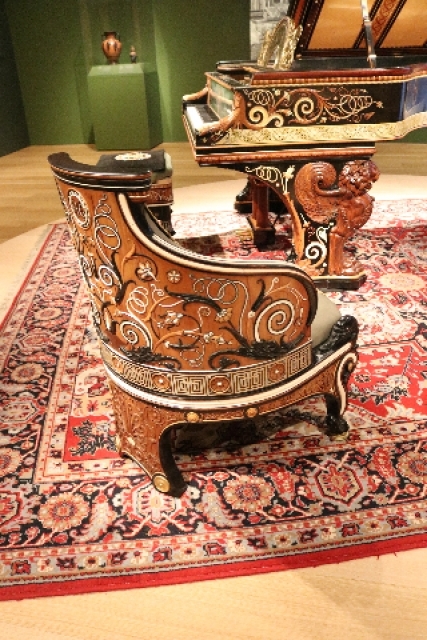 Chair from the music room. 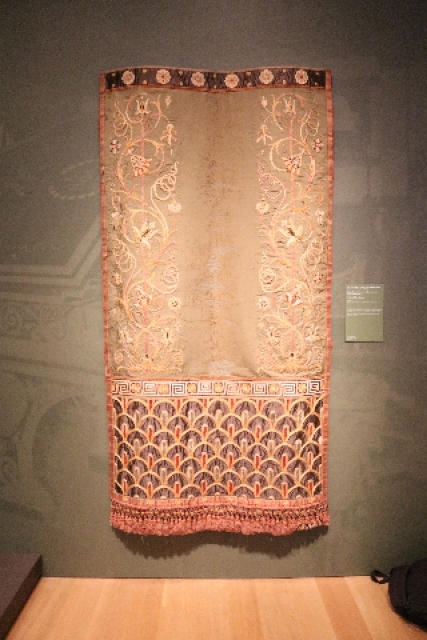 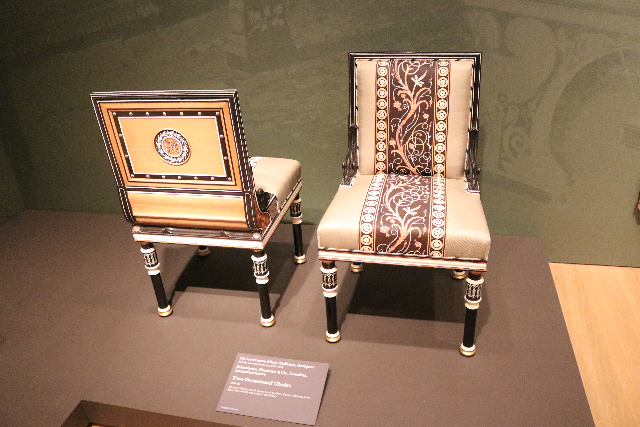 Chairs from the music room.

Last week there was saturation media coverage with the opening of Building 6 at MASS MoCA in North Adams.

Yesterday, with coffee and pastry there was a breakfast gathering, With understated grace the new French-born director of the Clark Art Institute, Olivier Meslay, introduced two of the four summer special exhibitions.

Curators led the press on tours of Picasso Encounters, an exhibition of prints with a few key paintings, as well as Orchestrating Elegance; Alma Tadema and the Marquand Music Room.

A later preview is planned for the opening of a brace of exhibitions, prints and paintings, featuring the founder of color field painting, Helen Frankenthaler.

With a minimum of fuss and fanfare, under its scholarly and urbane director, the renowned museum, one of the nation's finest for its scale and rural setting, is easing into the next phase of its institutional mandate.

Former director, Michael Conforti, retired having seen the museum through a remarkable expansion of the building and campus under the architect Tadeo Ando.

While the museum was closed for renovation its treasures were sent on a dramatic world tour. That earned a lot of quid pro quo chits that resulted in the staggering blockbusters that relaunched the museum.

This summer, however,  there should be no problem finding parking. The Clark is returning to normalcy.

The selection of exhibitions, while lacking the flash and sizzle that ended Conforti's tenure, bodes well for solid and scholarly shows that both embrace the vision and mandate of founders, Sterling and Francine Clark, as well as stride comfortably into the expanding interest and demand for shows of modernism and contemporary art.

Visitors to the Northern Berkshires will have the richly satisfying options of traditional art at the Clark and cutting edge contemporary at MASS MoCA. The last major building on the MoCA campus, the first we encounter in its vast parking lots, is leased and yet to be developed by the Clark.

There is a third option with the small collection and special exhibitions of the Williams College Museum of Art (WCMA). The media has reported on its aspirations to construct a new and larger building for its fine arts exhibitions and teaching programs. Williams and the Clark share programs of visiting scholars and graduate study. The Clark features one of the nation's foremost fine arts libraries.

In 1997, the Clark purchased a Steinway grand piano that has been on view in its major gallery of French impressionism.

It was decorated by the British artist Lawrence Alma-Tadema for the music room of the Richard Morris Hunt designed New York mansion of financier and a founding trustee of the Metropolitan Museum of Art, Henry Gurdon Marquand.

The building was razed and replaced by a high-rise condo building called The Marquand.

The magnificent instrument was first displayed in May, 1887 in the London showrooms of furniture makers Johnstone, Norman and Co.

In addition to collecting impressionism, with great depth in Renoir and Monet, the Clarks also acquired examples of l' art pompier a derogatory term for the pot boilers of the annual salons. The meticulous Greco-Pompeian paintings of Alma-Tadema also appealed to their taste. Also from 1887 they purchased his outré masterpiece The Women of Amphissa.

It is the British pendant to their smarmy orientalist The Snake Charmer by the French salon painter Jean-Léon Gérôme.

With the establishment of modernism the art favored by the Robber Barons fell out of fashion. The overwrought paintings by academics and salon masters were devalued.

Now the pendulum has swung back. Salon paintings that once sold for a song now fetch millions.

In 2010, as a signifier of the times,  the Clark mounted a special exhibition by an egregious hack Giovanni Boldini in Impressionist Paris. Like Salvador Dali he was a genius from the wrist down.

For the Clark's curators, Kathleen M. Morris and Alexis Goodin, bringing together the piano and objects from the Marquand music room has been a ten year project and labor of love.

Creating special exhibitions based on key objects in their collections is the kind of scholarly work that great museums, like the Clark, are mandated to undertake. For a small museum it is a daunting commitment of staff and resources.

During a tour with the curators we learned that Marquand's house cost some $125,000, a staggering extravagance for the time, but the piano and furniture added up to another $50,000. Individual rooms in the mansion had different design motifs. The Japanese room was particularly noted as was the Byzantine room.

In addition to painting and sculpture Marquand was interested in antiquities. There were discoveries being made at Pompeii and Alma-Tadema was noted for meticulous travel and research. There are many such details in the furniture designed for the music room. The collector also commissioned a painting "A Reading from Homer" (1885) which hung over the settee.

Apparently, the artist labored over the composition. He then started with a fresh canvas and in a burst finished it in several weeks. It became one of his most famous works and was borrowed for numerous exhibitions. For this occasion it has been loaned by the Philadelphia Museum of Art.

There was a switch and our group then joined a tour of the Picasso exhibition conducted by the engaging curator Jay A. Clarke a self described "prints geek."

Being on more familiar ground with Picasso she was peppered with questions about the artist, his muses, and notorious misogyny. There was also considerable discussion of various printmaking techniques and the master printers he collaborated with.

Initially, during his Blue Period as a paradigmatically starving artist, a subject in the work, prints were a means of making affordable multiples. On every level one of his first prints "Frugal Repast" from 1904 was a success. This early masterpiece is still among his most valued and sought after prints.

It was editioned at an atelier not far from his notorious early studio in the infamous artists complex Le Bateau-lavoir. It's where he and his mistress. model and muse, Fernande Olivier, hosted a famous dinner party in honor of the outsider artist Henri Rousseau.

Through the decades and evolutions of style Picasso worked with many printers. There was, for example, the magnificent "Suite Vollard." These collaborators helped him to experiment and push the limits.

Because of the scarcity of  real estate there were French laws governing studio space which Picasso routinely violated. He would fill a studio and then just shutter it as dead storage moving on. There was always a vast amount of work he kept for himself. Instead of consignment dealers would bargain and beg for work that was sold for cash and then resale.

A true scorpio, Picasso enjoyed living with clutter. The women, other than Olga, were forbidden to clean up or create order in his studios.

That created a level of chaos in his professional and private life which he appeared to thrive on.

At one point he had three women fighting over him. There was his wife Olga, with social ambitions, who cut him off from his Barcelona pals. Then the infatuating child Marie Therese Walter. While working on "Guernica" he was involved with the surrealist and photographer Dora Maar. She documented daily progress on the vast painting.

The tension with the other women, however, resulted in Picasso's "Weeping Women" a cruel and sarcastic series based on Dora Maar. There are prints from this series in the Clark project.

He never divorced Olga but supported her. French law entitled her to half of his possessions. That was impossible for him. It was also an excuse for not marrying Francois Gilot the mother of two of his children. She was the only one who left him. Like Fernande she later wrote a book but was far less kind. Both women aspired to be artists with mediocre results.

The women weave through the small but magnificent show of prints. It ends with Jacqueline his second and last wife who autocratically presided over the messy dispersal of his cluttered and messy estate.

To settle tax claims a large selection from all periods of the work morphed into the Picasso Museum in Paris. There is another museum in Barcelona built around the donated collection of his secretary, the Catalan poet Jaume Sabartés i Gual. In more recent years a third museum was founded in his birthplace Malaga.

There are a few paintings in this small show including the fascinating 1901 "Self Portrait" from the Picasso Museum in Paris.

Both shows deserve further critical attention and we will return to them at a later time.