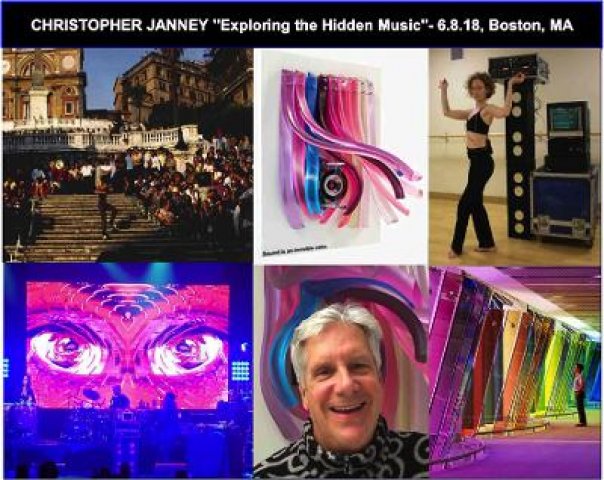 Christopher Janney's Soundstair: MIT'18  (see below) can currently be heard at the MIT Museum's exhibition: 'Celebrating the 50th Anniversary of the MIT Center for Advanced Visual Studies'  - until Jan 31, 2019. He is a former Research Fellow of CAVS and here he is presenting with collaborators:

This June concert will continue Janney’s explorations in “Physical Music.”

Among works to be presented include a new version of “HeartBeat” (formerly with Mikhail Baryshnikov) as well as his latest sculptures - “Sound Is An Invisible Color.”

For more information and tickets, go to: bit.ly/hidden-music