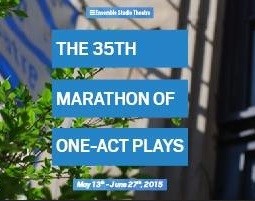 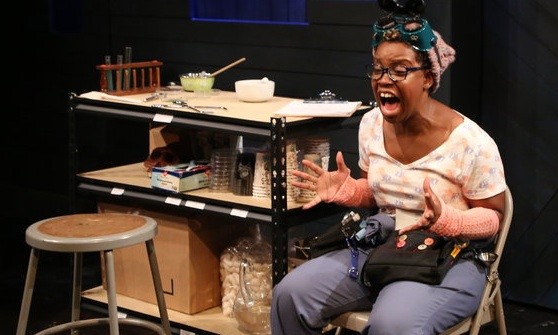 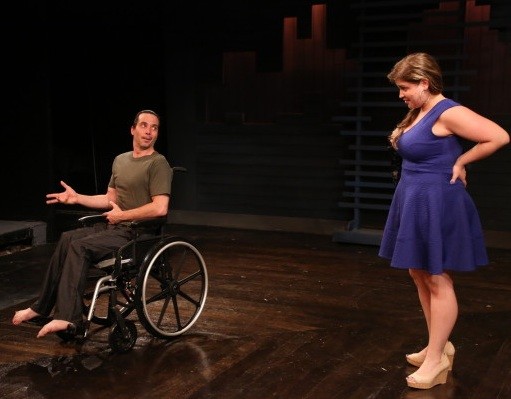 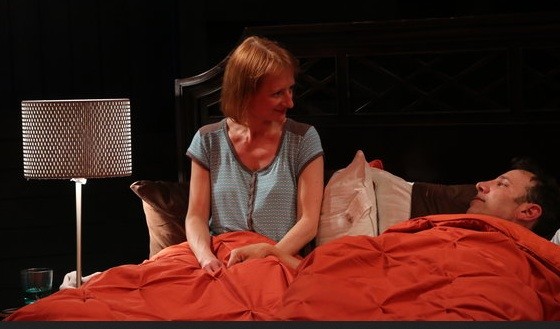 Everything is Okay Between Us

The question that hovers over this evening's one act plays: Do we know who and where we are?

In the first play we are in a scientific laboratory in Siberia, where a team of young scientists is looking closely at possible viruses frozen in Artic ice for eons.  The specific question here is: if these viruses return live to earth having been cryogenically perserved, will they wreck havoc?  Familiar photos of polar bears and penguins stranded on cakes of ice as the ice floes warm and break up are uncomfortable for us to look at.  But a pandemic caused by a virus we've never seen has so far only been imagined by Hollywood.

The young scientists are acutely aware of this possibility and the importance of their work in figuring out the problem.  They are also caught up in the usual stuff of young people's lives: who has been impregnated by whom, why doesn't Boris go to a dental hygienist, and who is gay.  The playwright Emma Goidel may well have deliberately flattened the large issues into the quotian problems.  The play is titled: We Can All Agree to Pretend this Never Happened.  Director Abigail Zealey Bee certainly gives us more sense of inevitability than of a call to action in the face of global destruction.

In The Theory of Everything, we know that a disabled Stephen Hawking makes love, has children, and even falls for his nasty nurse.  But how this is accomplished is left to our imaginations. Now Martyna Majok creates John, a Harvard graduated who has celebral palsy.  Played by Gregg Mozgala in this delicious two-hander, we see John showering with his attendant Jess Paula Lazaro-Munoz attending him lovingly.  John clearly has mobility problems, but there is nothing amiss with his libido, who more than one woman have stimulated.  John does not understand his impact on his aide; she gets the wrong message from him.

A brilliant turn by Miriam Silverman in Caridad Svich's The Hour of All Things, is directed by William Carden on a delicate rim separating understanding from utter chaos.  Silverman as Nic at first falls apart in a grocery line and ends up finding some peace in protest.  In an accumulation of small gestures and expressions, Nic displays a rich understanding of events around her and a sad confusion over what to do about them.

Cora and Dave are Getting Older by Julia Cho concludes the evening on an up note.  Dawn McGee and Jack Sochet play a couple who have just returned from dinner with their best friends.  Dave has hit the sack, eyes closed.  Cora goes on and on about how they fail as a couple in comparison with their friends.  The obvious: Abbie has diamonds and Cora will get tin for her 10th wedding anniversary.  Tim and Abbie make loud love and take vacations in the Sechelles.  When Cora actually gets in bed and turns off the light, love making is quiet, quiet enough to hear: I love you.

The sets for each piece were simple and effective.  The acting and direction were first-rate.  We want to hear more from the playwrights.  Partiularly noteworthy was the language of Emma Goidel and the moving arc of Julia Cho.

Series C will continue from June 18th to June 27th.