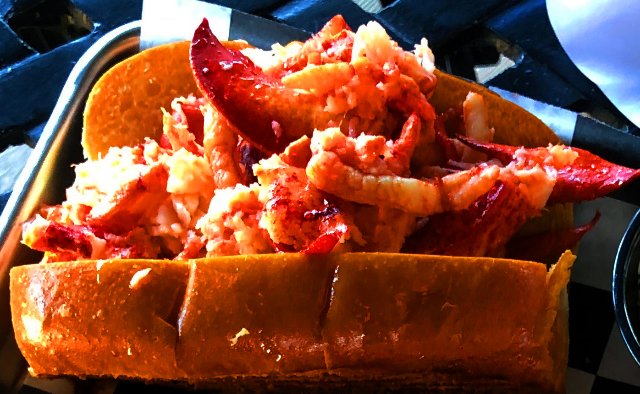 The locals hang at Mingos for lobster and bingo. 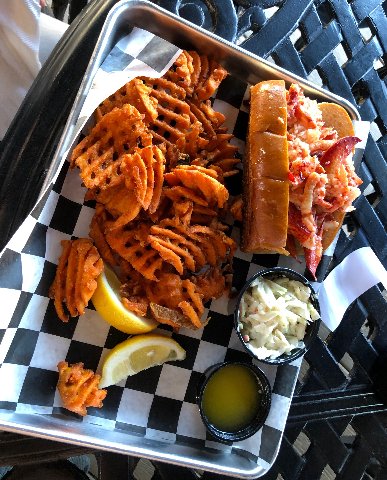 The generous lobster roll comes with fries and cole slaw. 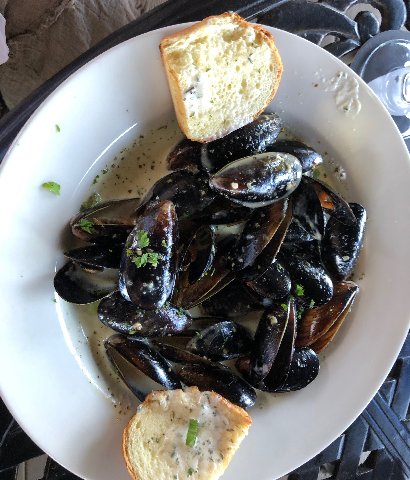 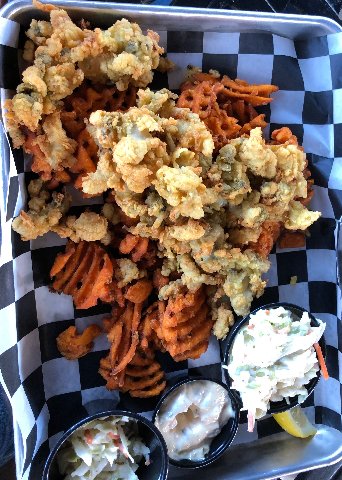 Market price for clams with bellies. 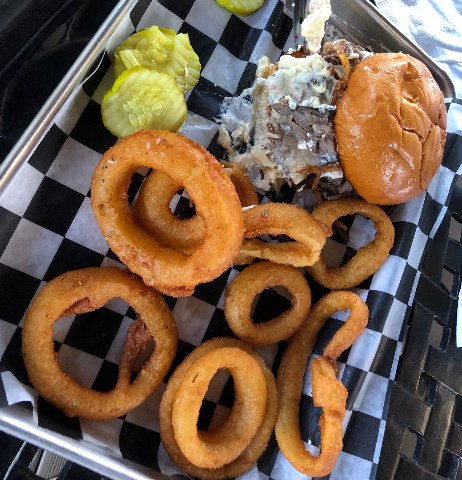 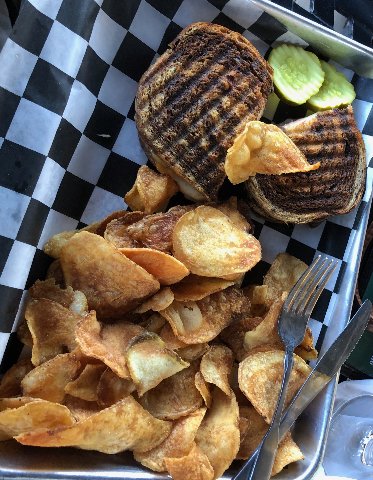 A Reuben with house made chips. 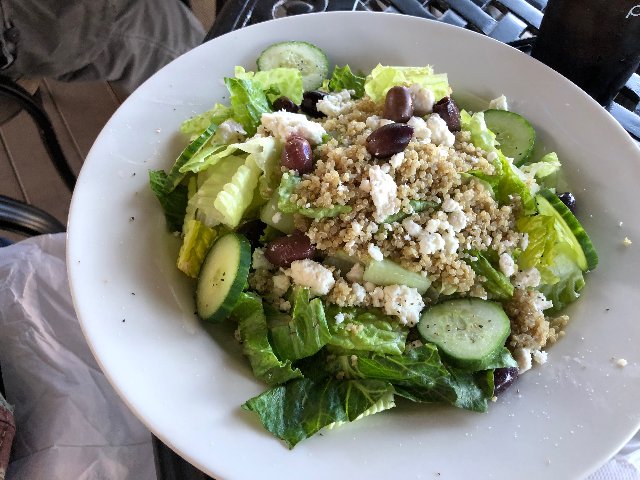 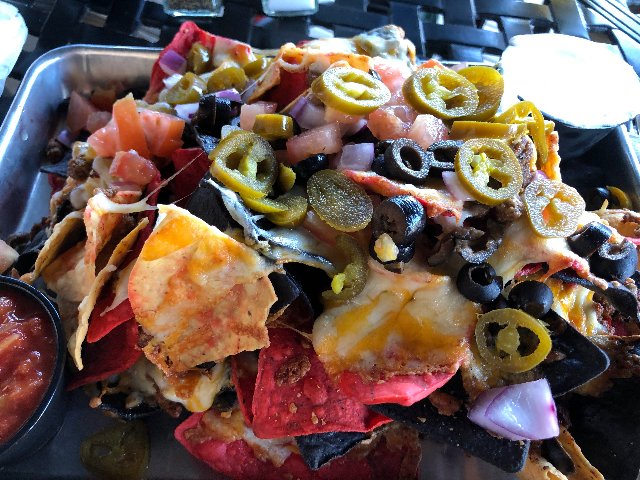 In the landlocked Berkshires no need to drive to Maine for a lobster shack.

There is not a tourist in sight in, of all places, Mingo’s Sports Bar in North Adams. It’s an outcropping of a bowling alley.

It’s where the locals hang and, after seven on the spacious porch, gather to play bingo.

Inside is packed with supersized TV screens from end-to-end. It’s where millennials hook up and watch the game.

No, from the porch you won’t hear pounding surf. There’s a view of the parking lot, or if you get the right seat and angle,  verdant Berkshire hills.

A bunch of us come for the summer-long lobster and seafood festival.

They ship it fresh and flipping from the ocean on Thursday and it’s featured through Sunday. Rumor goes that it’s smuggled in at the airport just cross the way.

At $18.99 there is a ton of savory meat in the lobster roll. There are other variations such as Mac and Cheese with lobster and a lobster BLT. The lobster roll comes cold, with mayonnaise, or hot, with melted butter. Sides include fries and cole slaw. It comes in a grilled hotdog roll, but can be ordered on a bed of lettuce to cut back on  carbs.

That ain’t a bad price for a ton of fresh lobster meat. We checked around. The current Maine price hovers around $26.50 at famous Red Eats. Boston’s venerable Union Oyster House charges $27.95. Most Gloucester and Ipswich waterfront joints we checked say “market price.” Which is to say, if you have to ask, you can’t afford it.

In Gloucester stay away from tourist traps like The Gloucester House. Go native with the best deals at Charlie’s and Causeway. There is always a line to get in so be patient.

The enormous menu at Mingo’s offers many pub food options with generous portions at affordable prices. There are the usual burgers starting at $9.99, or salads. For an extra three bucks there’s a gluten free flatbread option. I had lobstah last week and went with loaded nachos this time. Ordering the fully loaded,  big one, at $12.99, was a mistake. The smaller version would be just right for going solo.

Looking around the table there was a variety of food. There were thumbs up for fish and chips ($14.99) a classic Reuben with house made chips ($10.99) and a reportedly awesome French Dip sandwich at $10.99.

Previously we shared mussels at $10.99. It comes with a tasty wine pesto sauce and two slices of French bread. While not on the menu, one of our party asked for it over penne. It was delicious and the right thing to do with all that wonderful sauce. That’s what I’ll try next time.

There is a good selection of craft beer on tap at $5.50 and lots more in bottles. That’s about the going rate for a pint.

The ambiance is upbeat and youthful. The servers are friendly and eager to please. It's nice to add that food is served promptly from a very busy kitchen. It sure ain't what to expect for dining at a bowling alley.

Be aware that the food is saucy and sloppy. There are extra napkins on the table and they are well advised. Or, as they say, if you must eat pork let the fat run down your chin.