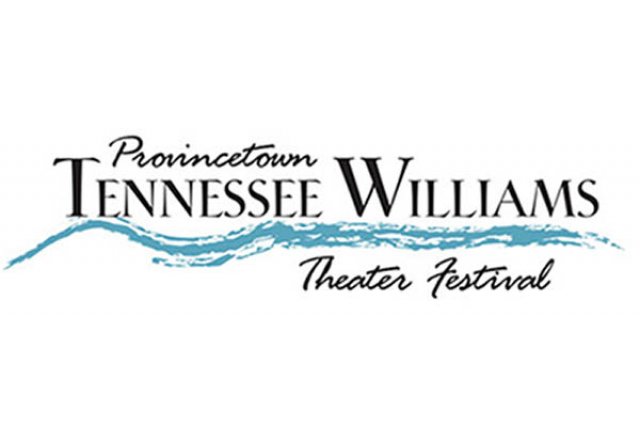 The 2021 lineup will be produced and performed by artists from Cape Cod, Boston, New York City, Philadelphia, Champaign-Urbana, and New Orleans. The Festival’s roster of live performances will be complemented during Festival week by workshops, parties, and educational programming to celebrate the enduring inspiration of America’s great playwright. There will be two special events: a burlesque show headlining Lefty Lucy (Miss Coney Island 2011), and an interactive censoring of the 1951 film of A Streetcar Named Desire, led by the Festival’s former Executive Director, Jef Hall-Flavin.

The Festival will be held September 23-26, 2021 in several locations in Provincetown. Tickets and Festival Passes are now available for sale online at twptown.org and by phone at 866.789.TENN.  The Carte Blanche Pass provides an all-access VIP experience, while the Flex Pass affords a more flexible menu across the full range of shows. The new Festival Day Pass allows audience members to hop on a ferry from Boston in the morning, spend the day at the Festival, and return home the same night.

The 2021 line-up assembles a collection of live performances, originally planned for 2020, organized around the theme of censorship in theater history as seen through the lens of Tennessee Williams’ career.

“When we originally chose our theme, it had a more historical focus: the Puritans and Tennessee Williams’ decades of battles with censors,” explains festival Co-founder and Curator David Kaplan. “In 2021, the conversation about censorship has shifted dramatically. In 2021, we’re discussing when, if ever, censorship is appropriate.”

Battle of Angels, a 1940 play by Tennessee Williams meant for Broadway, began the playwright’s battle with censors. Though not exactly banned in Boston, its run was cut short after the Boston City Council demanded an investigation. “Lascivious and immoral!” reported Boston Police Commissioner Joseph F. Timilty.

For the 2021 Festival a free-wheeling production based on the uncensored text will be staged by Blessed Unrest, directed by Jessica Burr. Blessed Unrest is a subversive physical theater ensemble that has been creating award-winning original theatre in NYC and touring internationally for twenty years.

“Why Did Desdemona Love the Moor?” is the title of an unfinished short story by Williams in which a Black screenwriter in 1940s Hollywood has a secret affair with his film’s white leading lady. Over the next few years Williams typed more than seventy-five manuscript pages for Desdemona. He created dialogue for a play and described camera setups for a possible movie. Neither film nor play could ever have been produced at that time: the Motion Picture Code forbid “sex relationships between the white and black races.” The Festival’s staged reading of “Why Did Desdemona Love the Moor?”, adapted by Thomas Owen Mitchell and produced by The University of Illinois at Urbana-Champaign Department of Theatre, dramatizes Williams’ changing ideas.

The Municipal Abattoir, staged by Festival Curator David Kaplan as a Hitchcock-inspired thriller, was performed live in 2020 on a vast sand dune in Provincetown. “The scenes Kaplan creates are as cinematic as the drive-in idea, with … a giant water tower looming over the action. Adding verisimilitude … were completely unrelated cars, cyclists, pedestrians and a school bus that all just happened to go by.”   Kathi Scrizzi Driscoll, Cape Cod Times

The Demolition Downtown is a pointedly political short play by Williams in which a suburban family shuts themselves up in their house as explosions rock their country’s capital. The Festival’s production of The Demolition Downtown is staged by the Philadelphia-based Die-Cast ensemble, founded by Brenna Geffers and Thom Weaver. Die-Cast concentrates on the power of the ensemble in space. Festival audiences will remember with pleasure Die-Cast’s version of Shakespeare’s Pericles on a masted schooner (2017) and Menagerie of Angels in the Wharf House (2018) where Eugene O’Neill’s The Hairy Ape was staged by Geffers in 2016.

Texts by other writers:

The Witch, a Jacobean drama written by Thomas Middleton in 1616, is the source of the Festival’s 2021 version of The Witch.  Produced by Campfire Quorum under the direction of founder Megan Nussle, this retelling imagines The Witch performed by the women of the Mayflower on their first day ashore, doing the laundry and whiling away the drying time. Campfire Quorum is a new theatre company currently camped out on Outer Cape Cod. Campfire Quorum strives towards a mutually symbiotic relationship of art and nature by using environmental sites and minimal resources to sustainably and evocatively make fantasies come alive.

Longing Lasts Longer, written and performed by Penny Arcade, is a rock ‘n’ roll manifesto confronting cultural amnesia as a form of censorship. Penny Arcade, born Susana Ventura in 1950, has been a voice in the wilderness since running away from home at 13. After a stint in the Sacred Heart Academy for Wayward Girls, a reform school, she was released at 16 and spent the summer homeless in Provincetown. At 18 she made her way to New York City, where she joined Andy Warhol’s Factory, the Play-House of the Ridiculous, and began seven decades of speaking her mind in avant-garde spectacles performed throughout the world. Longing Lasts Longer is her latest revelation, performed with her long-time collaborator Steve Zehentner.  Her newest writing, as yet untitled, will be workshopped at the Festival.

Sex, Mae West’s titillating first play, was shut down for obscenity and got her thrown into jail for ten days. Until then Sex was the best-selling play of the 1926 Broadway season, running ten months. Years later, the laws enacted to censor her in New York and Hollywood were used to censor Tennessee Williams. The Festival’s production, directed by Mitchell Polonsky and produced by The Goat Exchange, will erupt during an iconic Tea Dance on the deck of The Boatslip Resort and Beach Club. The Goat Exchange is an international ensemble producing site-specific, multi-form theatrical experiences and irreverent reappropriations of classic dramatic texts and verbatim transcripts. Boston audiences flocked to their 2018 production of Antigone in Harvard Stadium.

The Mahagonny Songspiel, written by Bertolt Brecht with music by Kurt Weill, was Hitler’s least favorite collection of songs. Enticing tangos, haunting love ballads, and sour choruses accompany a fable of innocence exploited by a morally bankrupt society. Nazi thugs blew whistles at the 1927 premiere. Communists in the audience blew whistles of their own. The Festival’s production, which will hand out whistles to the audience, is directed by New Orleans impresario Dennis Monn and features the puppetry of Harry Mayronne alongside live actors.

In the New Orleans tradition of the lagniappe (a little something extra) the Festival will present two special events:

Cut Blanche, an interactive performance-lecture with former Festival Executive Director Jef Hall-Flavin, compares rare footage of cuts from the 1951 film of A Streetcar Named Desire with live performance of text from the 1948 stage play of Streetcar. Ruby Wolf, known to Festival audiences from Hall-Flavin’s 2015 production of Williams’ The Parade, plays Blanche Dubois.

Tennessee’s Latest Peep Show acts out the accusation of critic George Jean Nathan that Williams' work was a series of peep shows. Slipping out of her negligee and straight jacket, Lefty Lucy, Miss Coney Island USA 2011, offers a bump and grind response to censorship.

The programming of the Tennessee Williams Institute, including workshops, scholars, and graduate level seminars, will be announced later this month.