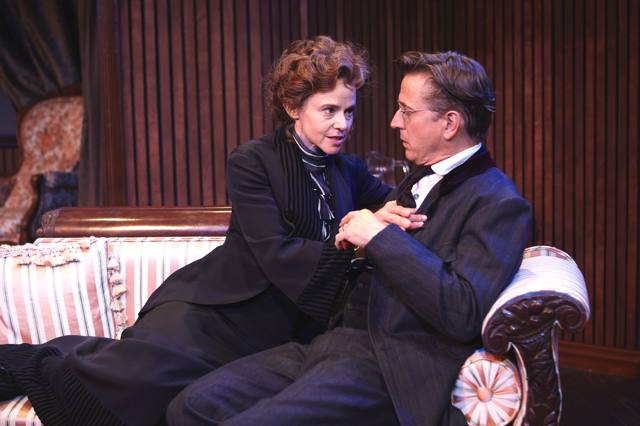 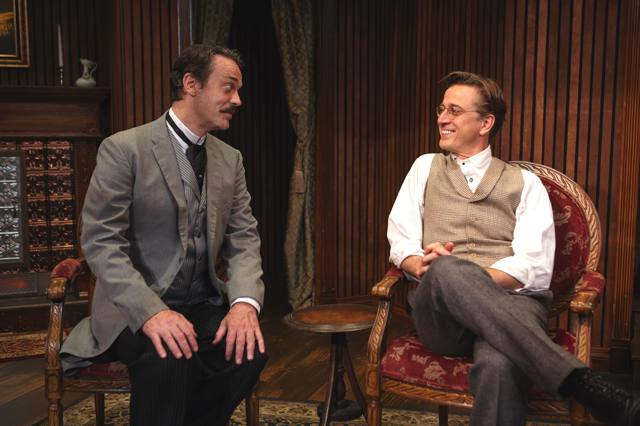 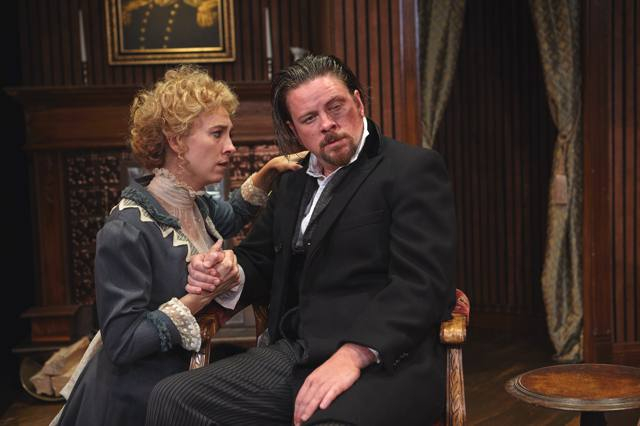 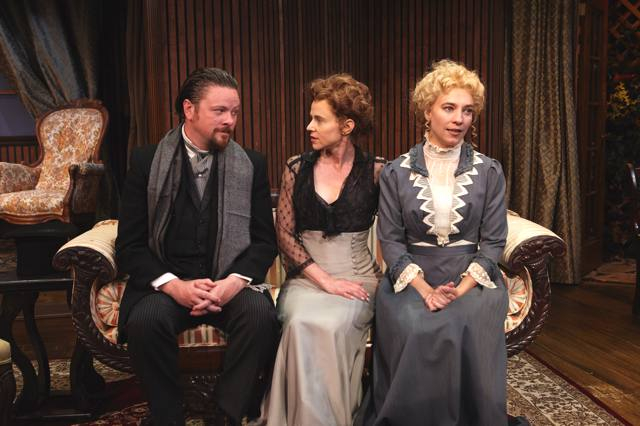 Henrik Ibsen’s Hedda Gabler may be a 19th century gal but she could easily fit into the machinations of any 21st century society with a tweak here and a left turn there.   Then as now, Hedda Gabler wannabes show up with regularity. Take any Bette Davis or Joan Crawford movie or Lillian Hellman’s ‘The Little Foxes’ Regina character – all alpha females – all with their agendas.

The difference between the plight of 19th century European women then is, they didn’t have the law on their side, then but they do now. Patriarchal society rules have always been rigged in favor of men who like it that way. No changes are required or need fixing, thank you. The fair sex doesn’t see it that way, never has and never will. They look upon it as payback for all those centuries in indentured service to men, and rightly so.

Ibsen, considered by many to be the father of modern dramatic realism was a man who wrote plays often deemed scandalous by his peers and society in general. But he created wonderful roles for women (much like Tennessee Williams) such as Nora, in A Doll’s House and Hedda Gabler. Next to Shakespeare, Ibsen is the most produced playwright in the world.

David Ellenstein, the artistic director of North Coast Repertory Theatre (NCRT), has a keen eye and ear for the classics and for plays that explore the human condition. Hedda Gabler was on his radar screen for selection in their 34th season, after an acclaimed production of the Ibsen play Ghosts – with a new translation by Professor Hanes Harvey, back in 2010 received strong audience praise.

Ellenstein, then sought out, once again the translation gifts of dramaturg and playwright Professor Anne-Charlotte Hanes Harvey, a recognized Ibsen and Strindberg scholar and translator, with a request to produce a new translation, this time, of Hedda Gabler for North Coast Repertory theatre. The new translation can now lay claim that this production is a bona-fide world premiere event. Another unique aspect of the production is that the actors had inputs into the script as to character traits, motivations, and dialogue suggestions making the production a true collaboration by all of the creative artists involved in the production.

The cast assemble by director Ellenstein is a who’s who of award-winning San Diego- based and award-winning regional actors that include NCRT favorites: Bruce Turk as Jorgen Tesman, Hedda’s husband, Mhari Sandoval, as the scheming, headstrong Hedda, The elegant Cristina Soria as Aunt Juliane Tesman, Richard Baird as former hell-raiser Eilert Lovborn, a writer and former lover of Hedda who now claims he has been re-born, Ray Chambers as Judge Brack, a roue, blackmailer, seducer of women, New York based-actor Mel House makes her NCRT debut as Mrs. Thea Elvsted, the lover of Eilert Lovborg, and Rhona Gold as Berte the maid.

Long before TV soaps made their debut in America, Henrik Ibsen was scandalizing the patrons of Europe’s theatrical stages with similar themed plays. There’ is no doubt about it. We human beings are a complicated, conflicted, and a fascinating lot.

Ellenstein’s smooth and seamless direction keeps everything moving with first rate technical credits from master set designer Marty Burnett and his lighting designer and creative side-kick Matthew Novotny. They never disappoint. The costumes of Elisa Benzoni are gorgeous and the sound design by Melanie Chen is pitch-perfect.

With regard to Hedda’s black outfit in Act II. Perhaps, a trim of Hedda’s train might be in order. She looks as if she’s struggling to avoid falling when she moves. When this occurs the audiences’ focuses then shifts from the action within the scene to where we are concerned for the actor’s safety. Thus we are visually and mentally distracted by something that can easily be fixed before it occurs. We want the audience to be fully engaged during the entire play. Just a suggestion…

Hedda Gabler is a splendid production with a stellar cast that performs at North Coast Repertory Theatre through June 26, 2016.