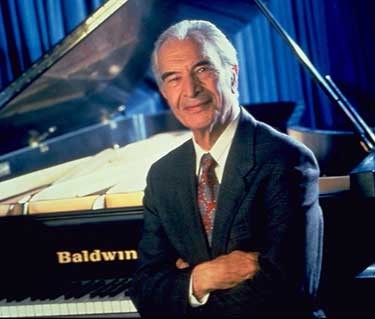 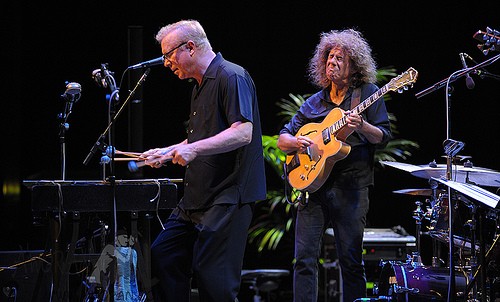 Pat Metheny with appear with Gary Burton for some good vibes. 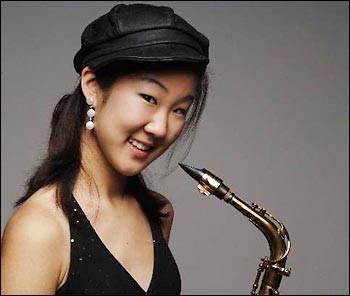 Grace Kelly is a rising star. 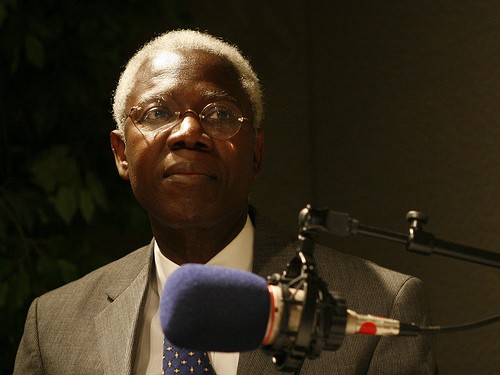 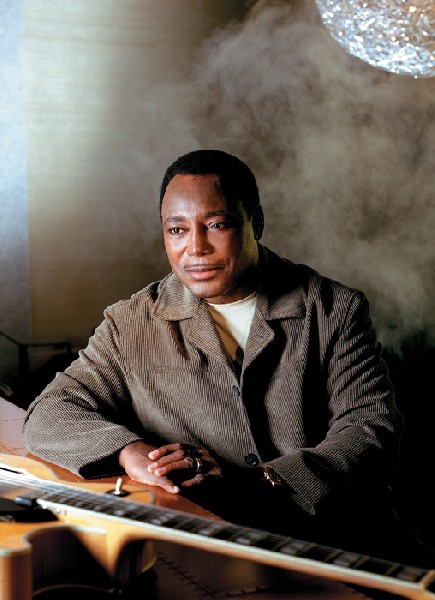 George Benson will front an orchestra in a tribute to Nat King Cole. 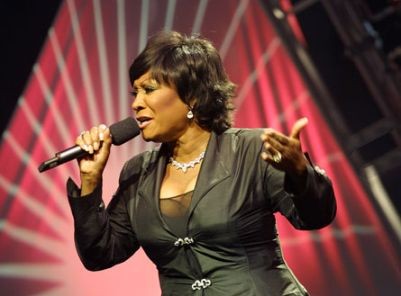 Patti LaBelle will swing in Saratoga.

Saratoga Springs, NY (March 31, 2009) Â– Saratoga Performing Arts Center has just announced that ticket sales are strong for its 32nd Annual Freihofer's Jazz Festival.  The festival seems unfazed by the economy!  Scheduled for Saturday, June 27 and Sunday, June 28, Freihofer's Jazz Festival will feature more than 20 jazz performances over two days on SPAC's Amphitheatre and Gazebo stages.  Reserved and general lawn tickets start at $41.50/day and can be ordered at www.spac.org/tickets.cfm or http://www.ticketmaster.com.

Located in Saratoga Springs, New York, SPAC has been the site of the Freihofer's Jazz Festival since 1978.  With an inside seating capacity of 5,200 and lawn seating of 20,000, and just three hours driving time from Boston and New York, SPAC's jazz festival draws thousands of jazz aficionados from across the Northeast, the U.S. and Canada.

"In addition to world-class jazz, the Freihofer's Jazz Festival is known and loved by jazz fans from across the Northeast for its idyllic setting.  Our lush lawn, framed by the majestic pines of the Saratoga Spa State Park, is the perfect place to stretch out and relax.  With FREE parking, the opportunity to bring in food and beverages, blankets and tents, our festival offers a welcoming, vibrant atmosphere that enhances the whole jazz experience," said Marcia J. White, President and Executive Director of SPAC. "In addition we have affordable food for sale including our fabulous finger-licking barbeque, hamburgers, hot dogs and more, plus a full bar located in the beautiful Hall of Springs on site.  Modern restroom facilities are also conveniently available."

*    Patti LaBelle, the "Queen of Rock and Soul," last appeared at the festival in 1985.  Hailed as "the high priestess of good vibrations," by the New York Times, Patti LaBelle's newest album is entitled Back to Now.

*   Since their arrival in 2000, Spanish Harlem Orchestra has established itself as one of the hottest bearers of contemporary Latin music.  Directed by world-renowned pianist, arranger, and producer Oscar HernÃ¡ndez, the thirteen-member all-star ensemble has reintroduced the classic sounds of New York City salsa to music lovers worldwide. United We Swing, SHO's third album, is a stunning follow-up to their 2004 GrammyÂ® award-winning album Across 110th St., and their 2002 GrammyÂ® nominated debut, Un Gran DÃ­a En El Barrio.

*    Herbie Hancock described Miles Davis' Kind of Blue as "a cornerstone record, not only for jazz...but for music." Drummer and recent NEA Jazz Master Jimmy Cobb, who performed on the original recording, is joined by members of his "So What" band Wallace Roney, Vincent Herring, Javon Jackson, Larry Willis and Buster Williams to perform a tribute to the historic album.

*      Of the Dred Scott Trio, The Village Voice said "blending pop, bop, pulse, and clatter, they get to a place that swings on its own terms."  The San Francisco Weekly described him as "a disciple of psychedelic subterfuge, coupled with post-cool intensity."  The trio consists of Dred Scott on piano, Ben Rubin on bass and Tony Mason on drums.

*    Steeped in the sounds of N'awlins' Bourbon Street, deeply fused with New York's jazz riffs and influenced by a long stint with guitarist Charlie Hunter's band, John Ellis is one of the most exciting tenor saxophone players in the jazz world today.   In Saratoga the John Ellis Quintet will consist of John Ellis on reeds, Aaron Goldberg on piano, Mike Moreno on guitar and  Alan Hampton on bass.  An ace drummer is soon to be announced.

*    Eight-time GrammyÂ® winning singer/guitarist/songwriter George Benson will present an "Unforgettable" tribute to the great Nat "King" Cole along with some Benson favorites, accompanied by an electrifying 28-piece orchestra.

*   The reigning "Contemporary Blues Female Artist of the Year," Bettye Lavette started 2009 with a bang.  Lavette had the honor of performing Sam Cooke's revered anthem "A Change Is Gonna Come" in a duet with Jon Bon Jovi at the internationally televised [HBO] Barack Obama Inaugural Celebration, "We Are One," held at The Lincoln Memorial on Sunday, January 18.

*    When Bonerama struts onstage with its three-trombone frontline, you can guess it's not quite like any band you've ever seen.  Then, when they tear into some vintage New Orleans funk, there's no questioning from which city these guys hail.  And when those 'bones start ripping into Hendrix and Led Zeppelin licks, all stylistic bets are off.  Hailing from a city that doesn't play by the rules, New Orleans' Bonerama is really something different.  Bonerama is Mark Mullins, Craig Klein and Greg Hicks on trombones, Bert Cotton on guitar, Jason Jurcak on bass, Joe Ashlar on keyboards and Eric Bolivar on drums.

*   No tenor saxophonist better epitomizes the robust muscularity of that heavyweight instrument of jazz expression than George Coleman.  With brilliant technique and a deeply soulful tone firmly rooted in his hometown of Memphis, Coleman has performed with many of jazz's most legendary figures and influenced countless saxophonists during his half-century in music.  Coleman's band will feature Harold Mabern on piano, John Webber on bass and Joe Farnsworth on drums.

*     The Gino Sitson 4 is a unique ensemble led by vocalist, body percussionist and composer Gino Sitson with Helio Alves on piano, Lonnie Plaxico on bass and Willard Dyson on drums and vocals.   Through Sitson's vocal wizardry and 4.5 octaves, he creates an endless range of sounds combining jazz, gospel, blues with traditional African rhythms and melodies, as well as freely exploring the use of his body as a percussion instrument.  Born in Cameroon, Sitson comes from a long line of musicians, known as Ntontas, ("players of horns").  His mother is a vocalist and choir director and he grew up listening to African traditional music and also the blues and jazz records of his parents' record collection.

*   Grace Kelly Quintet:  Sixteen year old alto saxophonist, singer, composer and arranger Grace Kelly has wowed jazz fans in Boston for years.  Now she has moved to a national stage, having just appeared at the Kennedy Center with Wynton Marsalis and the Lincoln Center Jazz Orchestra last fall.   She makes her first appearance at Freihofer's with this engagement and she has a new CD, Mood Changes, coming out this month.  The Grace Kelly Quintet is Grace Kelly, alto saxophone/vocals; Jason Palmer, trumpet; Doug Johnson, piano; Evan Gregor, bass and Jordan Perlson, drums.

*   The Gino Sitson 4 [see description from main stage, above]

*   Invisible Cinema, the striking Blue Note Records debut by Aaron Parks was released August 19, 2008 and critics have been raving.  The album finds the 24-year old pianist and composer who was featured in the September issue of JazzTimes as a "New Visionary," exploring the common ground between his influences:  from modern progressive jazz to indie rock and hip-hop.  Parks represents a new generation of jazz musicians, as is evidenced by the fact that he cites bands from Radiohead to Blonde Redhead among his major influences alongside Herbie Hancock, Brad Mehldau, and Terence Blanchard.   Aaron Parks Trio is:  Aaron Parks, piano; Ben Street, bass; Ted Poor, drums.

*   Ralph Alessi & This Against That:  Since 1991, trumpeter/composer/educator Ralph Alessi has been an active member of the New York jazz and improvised music scene as both sideman and leader.  Called "Â…a highly-in-demand, adventurous virtuoso who can handle just about anything"  by L.A. Weekly, Alessi has performed and recorded with the likes of Steve Coleman, Uri Caine, Don Byron, Ravi Coltrane, Sam Rivers, Drew Gress, Fred Hersch and many other of the great innovators in improvised music.  This Against That is Ralph Alessi on trumpet, Tony Malaby on tenor saxophone, Mark Ferber on drums, Matt Mitchell on piano and John Hebert on bass.

Ticket Order Forms for Freihofer's Jazz Festival are available on SPAC's website at www.spac.org or by contacting SPAC at 518-584-9330.  In addition, tickets are available via phone by calling: 518-584-9330, on line at ticketmaster.com and in-person at SPAC's Box Office.