A Night with Janis Joplin

On Stage in San Francisco 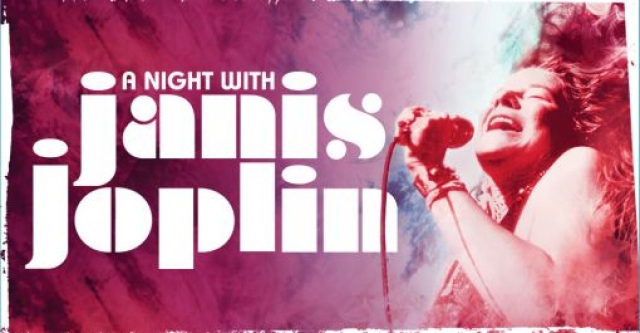 Kacee Clanton is featured in "A Night with Janis Joplin" the touring company of the Broadway musical which we caught up with at American Conservatory Theatre in San Francisco.

There was a resonance to seeing this rockumentary in the Bay Area as this is where the boozy belter from Port Arthur, Texas broke out during the era of flower power with Big Brother and the Holding Company.

Evoking the wasted stage presence of the legendary rocker Clanton repeatedly took swigs of a bottle of ersatz Jack Daniels. There was, however, no evidence of its slurring impact on her strong and powerful performance.

This, however, did not jibe with the Joplin I covered and wrote about for the Boston Herald Traveler back in the day.

As an awkward, homely, chunky teen with acne she was riddled with insecurities that were mightily redirected in a take no prisoners approach to performing.

She appeared in the short lived and never repeated series of rock and jazz concerts at Harvard Stadium during the summer of 1970.

There was an endless delay as we waited for her to take the stage in what was alleged to be an "equipment failure."

Closer to the truth was that the fragile and complex artist, by then ravaged by self abuse, was working up the liquid courage to appear before a packed stadium of fervent fans.

It has been reported that having done rehab she was clean during the tour. But as is too often true of a hard life on the road she bounced from the needle to the bottle.

She was blitzed for that gig and turned in a brief, slurred but indelible set. It was punctuated with off color remarks that implied turning tricks before catapulting to stardom.

It was pain and vulnerability that allowed her to evoke and emulate the legendary blues and soul artists that richly informed and inspired her music.

In this tribute, more a rock concert than a musical, these muses are introduced to us as snippets of R&B girl groups as well as the Mother of the Blues, Bessie Smith, a duet with the Queen of Soul, Aretha Franklin, Odetta, Etta James and the deeply afflicted, moody jazz diva, Nina Simone.

After the long delay and brief appearance of Joplin the kids exiting the concert swarmed into and trashed Harvard Square. There were bricks smashing windows and cops trying to quell a rock riot. There were many such instances during a time of dissent and protest at the height of war in Vietnam.

It proved to be her last performance. That train wreck appearance was documented by a white cover bootleg LP in my collection of vintage vinyl.

After that last stop of a tour she was scheduled to record a new album for Columbia. Some tracks survive and one was performed mostly a capella by Clanton. It had eerie references to death and heaven.

Which happened so ingloriously.

Nodding out on smack her face slammed onto a table breaking her nose. She was found dead in a motel on four October 1970.

It was a stretch during which I was writing a lot of obits for the Herald. It started with Al Wilson of Canned Heat. In a matter of months we lost Joplin as well as Jim Morrison and Jimi Hendrix. Then and now these tragedies seem to come in bunches.

While actually middle class there was a white trash persona to Joplin that gave her music an edge as an authentic blues/ rock artist. It was that wasted, street smarts, downer approach that elevated a standard like Gershwin's "Summertime."

Purists felt that she ripped off blues giant Big Mama Thornton with her chart busting cover of "Ball and Chain."

Her band Big Brother and the Holding Company was adequate but undistinguished. Better Frisco bands were Jefferson Airplane and The Grateful Dead. Janis was often compared to her competitor Grace Slick who was a more accomplished but less distinct and compelling artist.

Often the raw, hurtful persona of Joplin, her worst enemy, was also her greatest asset.

By the last and best album there was a sense of growth and change. She was going into the studio with better musicians and material.

Then and now the folky ballad "Me and Bobby McGhee" was tender, deeply felt and utterly different.

Here Clanton totally dropped the ball tuning it into an audience participation clap along. It pleased those on their feet but left me cold and disappointed.

There isn't much of a book to this slick Broadway musical. Mostly it's a beefed up rock tribute concert with a string of her hits and some intervals of soul singing.

Introducing all of those soul artists stretched the musical into two long acts and eased the stress on Clanton.

Overall Clanton is an accomplished performer with awesome pipes. One wonders how she sustains so many over the top performances each week. She is matched if not topped by the backup singers who are all featured in riveting cameos.

They are supported by a terrific nine piece group of musicians with two guitars and keyboards as well as a three man horn section. This is a really tight group arguably better than Janis ever hit the road with.

At two and a half hours with an intermission this was a bit too much of a good thing.

Evoking Janis arguably Clanton is too poised, disciplined, attractive and classically trained for the diamond in the rough she portrays.

The audience of course loved every minute of the experience.

It left me with conflicted memories of an afflicted artist who like so many made a pact to sing the devil's music and paid its ultimate price.