The Roommate by Jen Silverman 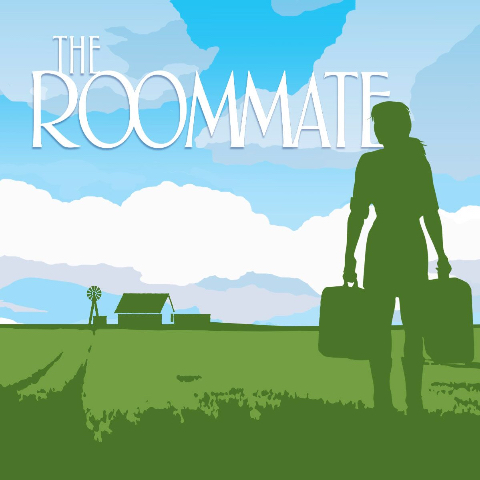 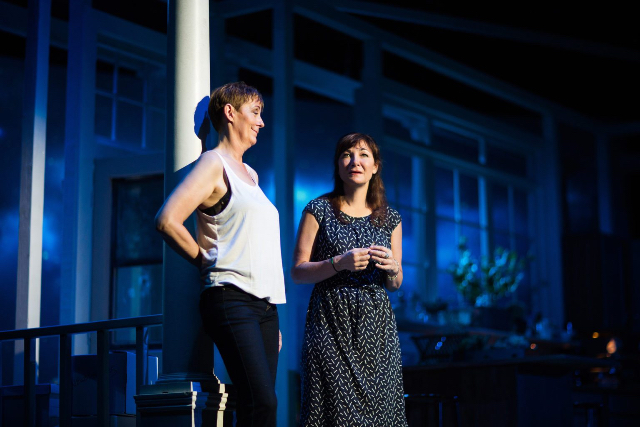 Left Julia Brothers as Robyn with Susi Damilano as Sharon.

This summer the two hander, The Roommate, by Jen Silverman is scheduled for the Main Stage of the Williamstown Theatre Festival.

While visiting San Francisco with the American Theatre Critics Association we attended a taut, riveting and compelling production of a play that premiered at the Humana Festival a couple of years ago.

The 200 seat theatre for which the company has a ten year lease is on the second floor of a hotel in the former downtown headquarters of The Elks. The space was reconfigured including removing the first six rows to create a thrust stage and pulling in the wings.

There were morning sessions and panels as part of ATCA programming. A box lunch was served after which we wandered around and returned for the 3 PM Saturday matinee.

The naturalistic contemporary set by Nina Ball, a presenter during another ATCA session, and straight up lighting by Robert Hand conveys the  interior of a rural Iowa home of the numbingly bland and average Iowa housewife Sharon (Susi Damilano).

Now divorced with a son on his own and not returning calls or e mails she has decided to take on a roommate as much for company as income.

Immediately there is the conflict of city mouse vs. country mouse.

Robyn, (Julia Brothers) tall, lanky, sophisticated and butch is everything that Sharon is not. We soon learn that she is vegan, lesbian, smokes cigarettes and pot and may have a shady past.

It is difficult to determine what shocks Sharon the most. It seems all of the above mystifies but intrigues her.

Coming from The Bronx, Robyn wants to make sure the doors are locked. Nothing ever happens in rural Iowa it seems but the city mouse freaks at the casual mention of the occasional tornado.

As the play progresses at a well directed (Becca Wolff) and even pace there is lots of flip flopping ending in a surprising, cliff hanging reversal.

It was such a superbly directed and acted, measured revelation that it will be fascinating to see what WTF does with this stunning play.

The play starts at such an enervating pace that we fear nodding off. But we are pulled in and spun around by ever deepening levels of surprise, suspense and escalating intensity. Nothing prepares us for the smack down, cliff hanger finale that begs for a sequel.

Our Frisco  sneak preview has raised the bar with great expectations for the WTF production. It will be challenging and fun to compare and contrast.