To Co Star in Sam Shepherd Drama in Williamstown 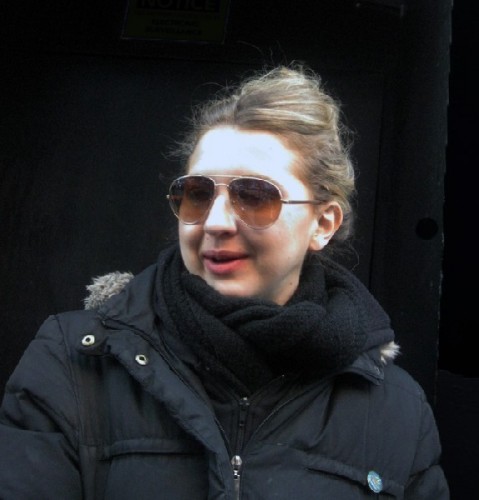 I photographed and chatted with Arianda after an Off Broadway performance of the David Ives play Venus in Fur. 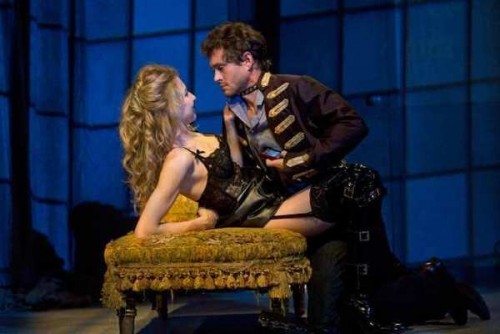 She brought her scorching Vanda to Broadway earning a Tony as lead actress.

The tandem of Chris Pine and Lauren Ambrose had generated a lot of buzz to co star in Sam Shepherd’s drama Fool for Love. Other commitments forced a change.

The incredible Nina Arianda, who knocked Broadway on its ass with a vixen romp and Tony winning performance in Venus in Furs, will perform in the Berkshires.

Paired with the dreamy Sam Rockwell, the easy on the eyes, galvanic and sizzling duo should translate to an instant sellout. An incredible final season planned by Jenny Gersten just got that much more exciting.

In 2010 we saw Arianda off Broadway in the David Ives play Venus in Fur. Then relatively young and unknown for me it was an unforgettable example of ‘a star is born.’ In the alley behind the theatre I chatted briefly asking when the play would go to Broadway. There was interest from producers but with unknowns it was hard to find an available theatre. It took time.

It is a real coup to lure Arianda to WTF.

What follows is the official word from Williamstown.

Chris Pine and Lauren Ambrose will not appear this summer at the Williamstown Theatre Festival as previously announced. The show has been recast with Tony Award-winner Nina Arianda and stage and screen star Sam Rockwell in the much anticipated Sam Shepherd drama Fool for Love. It plays on the Nikos Stage from July 24–August 2, 2014.

“While we were greatly looking forward to welcoming Chris Pine back to Williamstown, Sam Rockwell and I have long included Fool for Love at the top of our wish list for a production on the Nikos Stage, and we are thrilled that Sam is available to return to Williamstown. He has a long history of recreating extraordinary roles by great American writers here. We are further blessed by the red-hot Nina Arianda, a formidable actor and great foil as May to Sam’s Eddie.” – Jenny Gersten, Artistic Director Emeritus

Holed up in a seedy motel on the edge of the Mojave Desert, two former lovers unpack the deep secrets and dark desires of their tangled relationship, passionately tearing each other apart. Beaten down by ill-fated love and a ruthless struggle for identity, can they ultimately live with, or without, each other? Led by director Daniel Aukin, the riveting cast of Fool for Love brings a raw sexy energy to Sam Shepard’s landmark myth of the new Wild West.