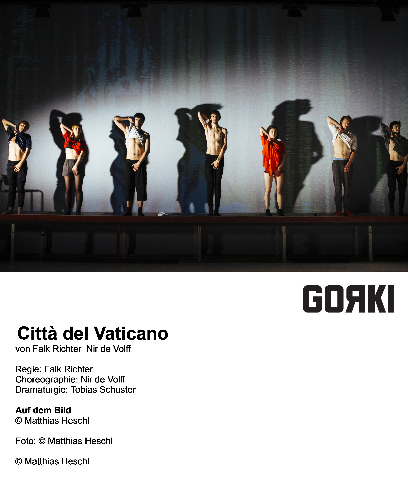 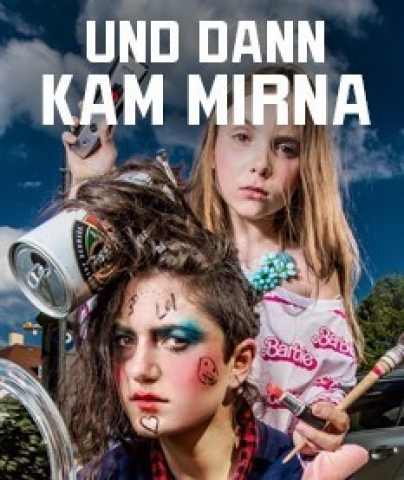 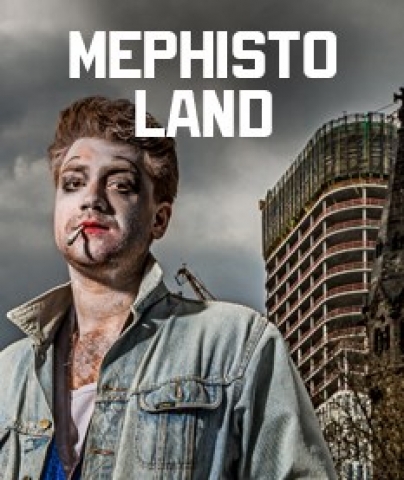 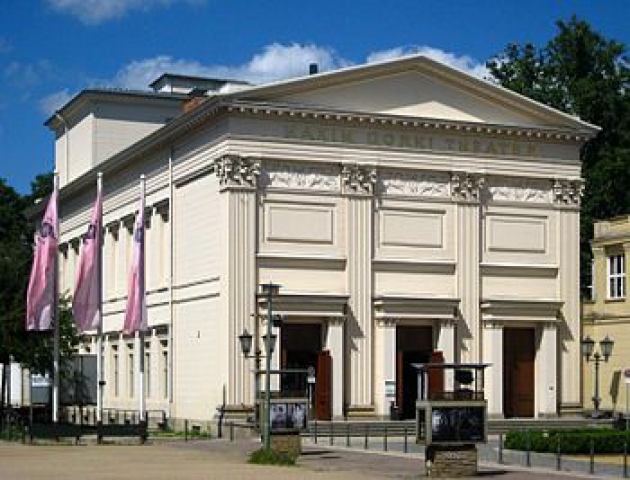 The Maxim Gorki Theater is Berlin’s smallest theater with its 440 seats and an additional rehearsal space for approximately100. It is the most engaged house, when it comes to bringing urgent societal issues onto the stage and it is astounding, how this institution is now writing theater history. It was erected as a singing academy in the early19th Century, turned into a forum for scientific lectures by Alexander von Humboldt and others, then was seat of the Prussian General Assembly in 1848, and showcased in East German times Russian and Soviet theater. Since the duo Shermin Langhoff and Jens Hillje took the helm in 2013, it is turning more and more into a testing ground for innovative and thought provoking exchanges between the audience and activity on stage.

Perhaps true to the action filled tradition of the building, ‘The Gorki’ takes on an active role in creating dialogues on crisis and change as with the newly established Gorki Forum, or by calls to action via its "Zentrum für Politische Schönheit" (Center for Political Beauty). The most recent installation taking place in June consists of keeping four Bengali tigers in a huge cage on the theater square, waiting to devour totally desperate Syrians, if the German government does not allow 100 of their kin to arrive in Germany by plane. It is a devillish performance, based on the cruel Roman games at the Coliseum, where slaves were thrown into the arena to be torn apart by lions. It brings into focus the incredible hardships migrants have to endure, and the need for financial and human help. In this case the money will most likely be raised for 100 more immigrants, but it is getting harder and harder for Germans to deal with the huge influx of immigrants.

In the theater itself, two productions, Sibylle Berg's award-winning Und Dann Kam Mirna (And Then Mirna Was Born) and the young Hungarian writer András Dömötör's Mephistoland illuminate the wide scope of themes, the Gorki Theater seeks to tackle, to expose and to help find better ways. Berg's play is performed on the main stage without any props. It is a sequel, continuing the saga of a single unattractive woman activist from the previous play, Es sagt mir nichts, das sogenannte Draussen (It doesn't mean anything to me, the so called Outside), which premiered in 2013. By now, in Und Dann Kam Mirna, she has a teenage daughter. The ingenious directing by Sebastian Nübling quadruples mother and child. Thus, a chorus of two groups of four sing, dance and act out the frustrations with each other and their surroundings in unison in a kind of hip-hop manner. It is most entertaining, although the subject matter is a very serious one. The mother(s) in purposely God-awful costumes angrily shout out their frustrations against society in general, men, lost opportunities and the added burden to be a mother, while the daughter(s) just want to be like everybody else, to have a small and cozy home and dress prettily. Huge applause at the end showed agreement by the audience. It will be interesting to see what the planned, last part of the trilogy will expose.

András Dömötör’s Mephistoland is shown on the smaller rehearsal stage. It had its world premiere on June 9, 2016 and was written for the Gorki Theater. In contrast to the personal dilemma in Und Dann Kam Mirna this work exposes the dirty deals theaters and actors succumb to in a dictatorial society, which is driven by system-serving propaganda. Are these East German activities revisited? Certain though is that András Dömötör took the Hungarian theater coup in 2013 at her National theater as a basis for this play and turns it into an absurd agitprop trip with Brechtian preachiness. The playwright is famous in his own country and he finds a willing reception in Berlin as well. The five actors play in a red curtained theater of the ficticious Mephistoland, in a theater within the theater. Here, the production of Mephisto is turned upside down by a political decision to create a "healthy nationalistic culture." A party loyalist replaces the director, the famous actor playing Mephisto leaves the country and is replaced by his former lover, a mediocre actor who will marry a woman just to be accepted. Some members of the company end up in a psychiatric ward and some audience members protest by putting themselves into cages and start a hunger strike. It is a surreal, action packed happening on stage, constantly interrupted by the searching questions to where art and theater is or should be going in these harrowing times.

Even more intense questions about the role of performances and how people can thrive in today's tumultuous world is presented in Città Del Vaticano, a production of the Schauspielhaus Wien (Theatre Vienna) that had a two-day guest appearance at the Gorki Theater on June 16 and 17, 2016. It is a well balanced fusion of panel discussions and dance created as a co-production by known director Falk Richter and choreographer Nir de Volff. It addresses the topics of the Vatican and its important issues for young Europeans as to cultural, religious, gender and personal identity. The seven members of the Schauspielhaus Wien bring to the stage their own wishes, fears and ideas in straight forward monologues and discussions as well as in fabulously choreographed dance sequences. The contrast between static speeches and tormented dance poses creates an interaction that conveys convincingly the tortures of body and soul of a generation deeply steeped in Judeo-Christian tradition and culture, yet mostly uncertain on how to deal with it.

Not enough with conscience-raising on stage, the Gorki Theater takes on burning issues of the day and presents it to the public, both in the theater and outdoors. Thus, after the performance there was a panel discussion on the horrible shooting spree at a gay club in Orlando, Florida. It took place, almost at the same time as the sympathy-demonstration for the victims down the street at the Brandenburg Gate gathered and while outside of the theater, at the plaza, the caged Bengali tigers continue to urge for actions to lessen the plight of all immigrants. More public engagement seems impossible. All performances in the theater have English translations projected on the wall. And, there is a predominantly young public.

What an amazing accomplishment: Theater has become a public forum again at the Gorki !