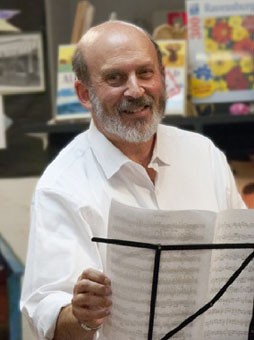 Well, Cecily and I have begun our annual cross-country pilgrimage from Salt Lake City to Tanglewood.  This year, though, we’ve taken an unlikely circuitous route, stopping first in Portland and Seattle to visit our kids.  As we’re so far north already we’ve decided to make our trek through Canada, stopping at a Canadian Rockies hot spring resort and then Lake Superior as we wend our way east.  No sense making the 4,000-mile drive a chore, is there?  Besides, this northerly route enables us to skirt tornado alley in Kansas and Nebraska, where, two years ago we were almost whisked off I-70 by a band of fast-approaching twisters.  I suppose they could have landed us at Tanglewood even faster—we’ll never know.

When I left the Boston Symphony violin section in 1988 to become associate concertmaster of the Utah Symphony I said good-bye to a lot of great things that came with being a member of the BSO.   Not everyone in the orchestra is enamored of packing up their lives in Boston for eight weeks every year—a lot of musicians’ spouses have fulltime jobs, kids have friends, and then there’s always the question of where to live for the summer.  But my family has always loved being out in the country, and back in the day we purchased a little old cottage in the woods of West Stockbridge.  All four of us looked forward to the end of June when we could pack up the car in over-heated and over-trafficked Boston, take a two-hour drive on the Mass Pike, and voila! we were in another world where we could soak up the cathartic pleasures of music and trees for a whole summer.

After starting my new job in Utah I participated in that orchestra’s extensive summer season, which comprised mostly popular music and took place not only in remarkable Abravanel Hall, but also at some of the ski resorts surrounding Salt Lake City, like Deer Valley and Snowbird, which provided reasonably respectable venues for light summer fare amidst a spectacularly impressive alpine setting.  It was all pleasant enough, but Cecily and I weren’t sure what we’d do with our West Stockbridge house other than keep renting it in the meantime.  And I did miss the regular parade of blockbuster programs, great maestros, and primo guest artists that only orchestras with BSO-sized budgets can afford.

After several Utah Symphony summer seasons I received a call from Lynn Larson, the BSO’s personnel manager, telling me that there were some unexpected absences in the violin section for the Tanglewood season and asking if I might be able to fill in.  I requested and received permission from the Utah Symphony management to accept the invitation and so had the unexpected good fortune of reconnecting with the BSO and Tanglewood.  Shortly thereafter automatic permission for unpaid summer season leave coincidentally became a provision of the Utah Symphony contract, and as a result I have been able to return virtually every year since.

For me, performing at Tanglewood every summer is a chance to play an inordinate amount of great music within a two-month span, hang out with my old colleagues (and a lot of new ones), and get the lowdown on all the juicy orchestra gossip.  After all, what else are rehearsals for?  In other words, it feels a lot more like summer camp and when I was a student at Tanglewood in 1969 and ’73 than it does a job for ostensible adults.  Having left the Utah Symphony and full-time orchestra playing in 2011, Tanglewood has also become my annual symphonic “fix,” and unlike the old days when I’d arrive at Tanglewood after a grueling 100-concert winter and Pops season, now I have to try to avoid appearing overly enthusiastic so as to avoid incurring the ire of my very hard-working colleagues.  Maybe after this cross-country drive I won’t be able to say that with so much assuredness.  Ask me in about 3,000 miles.

Gerald Elias is a former violinist with the Boston Symphony and associate concertmaster of the Utah Symphony.  His four award-winning Daniel Jacobus mystery novels take place in the dark corners of the classical music world, and are frequently set at Tanglewood and the Berkshires.