Fiorello! at Uniciorn Stage in Stockbridge 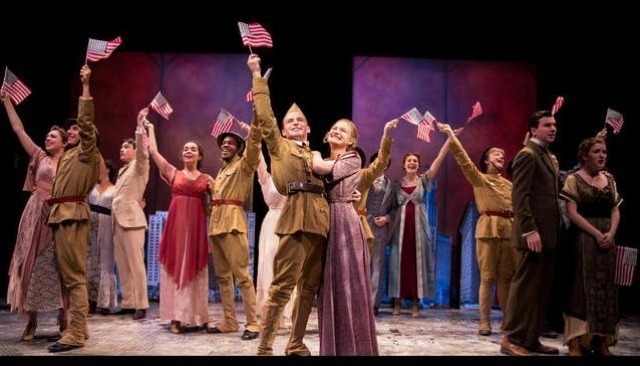 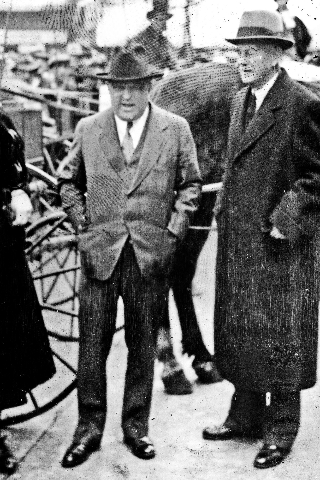 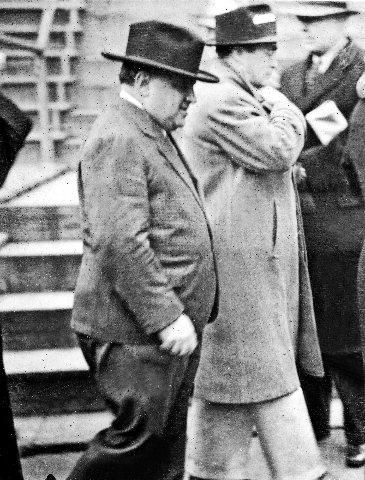 In a year when politics in America have become  more vile, divisive and deranged than ever a revival of the musical Fiorello! reminds us of the potential for an honest, true man of the people to ascend to power as the Mayor of New York City.

Fiorello La Guardia (1882-1947), the son of Italian/ Jewish immigrants fought Tammany Hall and initially lost to but then replaced the popular, dandyish, good-timing Jimmy Walker. As mayor he won additional terms and remained in office from 1933 during the depth of the Great Depression until 1945 and the end of WWII.

In New York, and big cities across America, today there are too few charismatic, honest politicians like La Guardia. This week the media has reported on the arrest of three of NY’s top cops on charges of corruption.

My parents were young doctors living in Brooklyn during the 1930s. Dad often spoke of The Little Flower as a great man and role model for Italian Americans. With warmth and affection he told me of listening to His Honor reading the comic strips over the radio. During a parade and celebration for doctors Mom took the snap shots of Fiorello which I am posting here.

The images capture a small, portly, disheveled man in an ill fitting rumpled suit. Homely by any standard he conveyed an endearing, charismatic humanity reaching far beyond his diminutive stature. It is little wonder that an airport was named for him.

In 1960 the original Broadway production won three Tony Awards, including Best Musical, as well as the Pulitzer Prize.

It is a big show that has been compressed into the intimate Unicorn Theatre. Fleshed out with students from its summer program there are 18 individuals packed onto a small stage.

At such close range it makes little sense that their generally strong voices have been amped. What else is new? They belt out 19 musical numbers accompanied by just piano and a barely audible violin.

The physical compression of this production has resulted in atom smashing energy. This is a small show that thinks big and packs a wallop.

Fiorello! has superb technical support. The design by Carl Sprague richly and cleverly conveys big city urbanity. Some of the paradigmatic sky scrapers, like the iconic Flat Iron Building, have been created as free standing modular units. They are manipulated well to create different settings enhanced by the inventive lighting design of Matthew E. Adelson.

There are an amazing number of costume changes designed by David Murin. The seamstresses must have been stitching well into the night.

Much like the over worked and underpaid women employees of the notorious sweat shop Triangle Shirtwaist Company. They made an average of $5 a week.

As a young lawyer doing pro bono work La Guardia took up their cause. Later when in Congress he co-sponsored the Norris-La Guardia Act of 1932  which made it legal to strike.

While the musical and this production are loose with the facts it is essential to concede that this is intended as musical entertainment and is not a documentary.

This is a fun, uplifting and energetic production but  the handsome and gifted Austin Lombardi was less than convincing in the role of Fiorello. He was too easy on the eyes and that created a mismatch with the plot line.

That was particularly evident in his courtship of a leader of the strike Thea a woman from Trieste. The actual La Guardia spent eight years in Italy and knew Trieste well. When off to war he asked her to marry him and promised that he would liberate her home town.

Given that Lombardi is an attractive man, unlike the actual La Guardia, it is difficult to comprehend her hesitation. This is later conveyed in her heart wrenching song “When Did I Fall in Love.”

It was a stunning moment as Rebecca Brudner (Thea) has the best voice in the company. This somewhat offset her cartoonish command of an ersatz Italian accent.

Two other women play prominent roles. Katie Birenboim is Marie the hard working assistant to Fiorello. She pines for him and is eventually rewarded for patience. There is also a petite powerhouse her friend Dora (Chelsea Doren) a striker who falls for a cop.

Both women have their moments. There is “Marie’s Law” which advocates a woman’s rights in marriage. The lyrics weren’t always clear as her range was forced. Groen knocked it out of the park with the comical “I Love a Cop.”

There were terrific ensemble pieces with inventive choreography.  The guys were just wonderful belting out the back room, nitty gritty of “Politics and Poker.” It was just fabulous. Also top shelf was the dénouement of graft and corruption “Little Tin Box.”

While conveying the remarkable career of La Guardia from activist advocate, to Congressman, war hero and slayer of the Tammy Tiger this musical also strives to be a love story.

There is pathos when, in an adjustment of facts, Thea died on the night when he was defeated in a landslide by Walker. Actually he was narrowly defeated.

On the rebound La Guardia was coaxed back to the campaign trail after Walker's term ended in disgrace. Marie plays matchmaker with his estranged strategist Ben (Rylan Morsbach). But Fiorello fires Marie so he can court her. Facing spinsterhood there is a happy ending as she had declared the intent to marry "The Very Next Man."

As we say in journalism don’t let the facts get in the way of the story.

Now 57 years after Fiorello! opened on Broadway few who attend this zesty production are likely to know anything about a politician who died in the middle of the last century.

For most people La Guardia is where you catch an airplane. The musical Fiorello! is a fine and dandy flight of fancy.