The Four Voices At Tanglewood 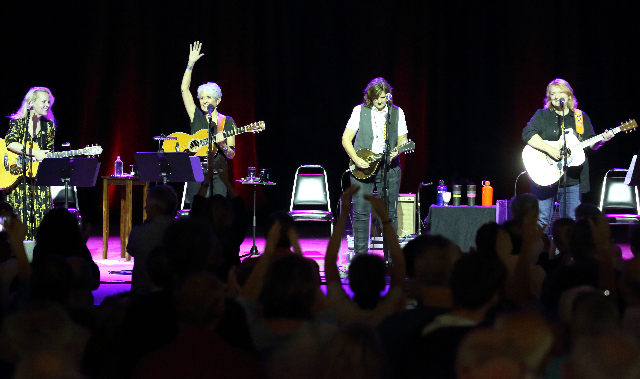 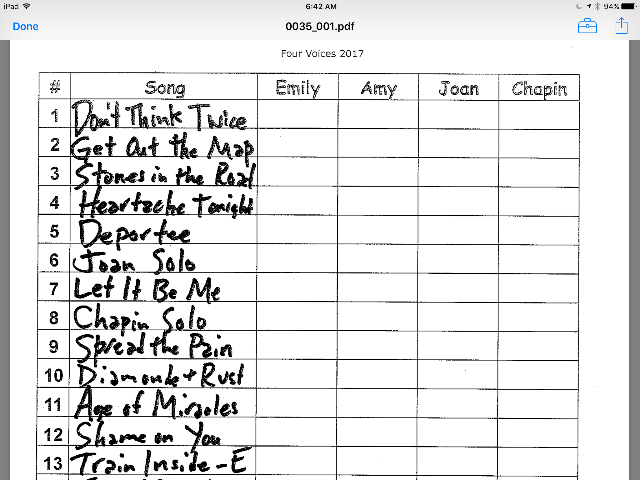 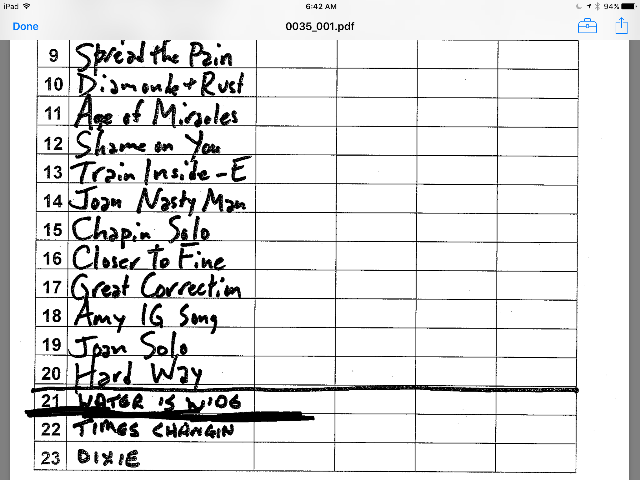 The fans at Tanglewood in Lenox, Massachusetts were treated to an inspirational evening of song and banter from four of the heavy hitters of folk music and activism.

Led by recent inductee to the Rock and Roll Hall of Fame, Joan Baez, this troop of troubadours sang  with the luxury of a focused audience which applauded close to non-stop for the length of the two hour plus set.

The song list consisted of a variety of genre related songs that began in the artists songbook, was resurrected by the artist and brought together either solo or by the Four Voices. Each artist performed their biggest songs, covers and some deep tracks.

The '23 song list' opened with 'Don't Think Twice' and ended with a double encore of 'The Times They Are A Changin' and 'The Night They Drove Old Dixie Down.'

Activism and artistic values headlined the last leg of the ten city tour. It all started 26 years ago when Joan Baez invited the Indigo Girls to perform at a benefit  for her human rights organization. In turn, the Indigo Girls asked that Mary Chapin Carpenter join them.

Together, at Tanglewood,the four sang like old friends-all with acoustic guitars, few amplifiers and four microphones.

Baez opened the show up with Bob Dylan's classic hit, 'Don't Think Twice, It's All Right', backed up by the harmonizing voices of the trio. She was followed by the Indigo Girls singing their hit song, 'Get Out The Map.' The fans were on their feet, applauding passionately for their songstress heroines.

Song by song, a pattern of political awareness developed and was aptly exposed by the relevance and timely theme in Woody Guthrie's 'Deportee.'

Song by song the women were making a plea for peace, highlighted by Joan Baez's rendition of 'Nasty Man,' a song about the present political administration.

Cheered by the loud crowd in the Shed all night long, the Four Voices played to their muses until their play list ended, apologizing that those were all the songs they rehearsed  as a group.

The evening ended as it started-a standing ovation for the 'Four Voices.'