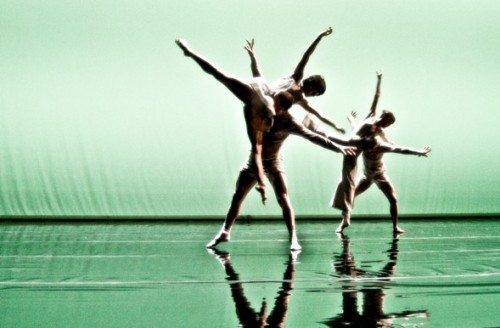 New York-based Cedar Lake Contemporary Ballet was founded in 2003 by Nancy Laurie. Through its gifted troupe of 16 dancers and a remarkable, wide-ranging repertory, the company has distinguished itself as one of the chief forces in today’s contemporary dance scene. Cedar Lake works to support dance innovation and appreciation by commissioning the work of emerging choreographers that will also have popular appeal. The company is currently under the direction of ballet master Alexandra Damiani, acting as Interim Artistic Director.

Showcasing classical technique and modern atheleticism, the dancers of Cedar Lake come from a variety of backgrounds including The Juilliard School, North Carolina School of the Arts, Royal Danish Ballet, Les Grands Ballets Canadiens de Montréal, River North Chicago Dance Company, Batsheva Ensemble, Boston Conservatory, Ballet BC, and American Dance Center. They hail from Korea, Romania, Brazil, Portugal, France, and the U.S. and have worked in film, television, and commercial dance as well as on the concert stage.

The range of works presented in this program evidences the dynamism of Cedar Lake’s repertory and versatility of its dancers.

Alexander Ekman’s Tuplet uses reflective scenic elements and video projections to compartmentalize the stage and compel the viewers’ focus. Set to lively jazz music, the blend of gestural and abstract movement engages the dancers’ full range of abilities from emotive to technical. Ekman is a Swedish choreographer in high demand on the European dance scene in recent years. His works are known for clever ideas, fast-paced choreography, and an abundance of humor. Future commissions include Norwegian National Ballet, Boston Ballet, Sydney Dance Company, Royal Swedish Ballet, and the Nederlands Dans Theater, where he is currently an associate choreographer.

The dancers’ full breadth of skills are also exercised in Grace Engine, choreographed by Crystal Pite. Framed by inventive lighting design, Pite’s highly-stylized, sophisticated movement employs “the body itself as a cinematic device capable of jump cuts, flashbacks, and montage” (Choreographer’s notes).  Debra Levine of the Los Angeles Times describes the piece as “a moody work that looked ripped from film noir…” Pite is a former company member of Ballet British Columbia and William Forsythe’s Ballett Frankfurt. In 2002, she formed Kidd Pivot, and continues to create and perform in her own work. Her work and her company have been recognized with numerous awards and commissions, including the Jacob’s Pillow Dance Award in 2011.

After an initial Inside/Out appearance in 2006,  Cedar Lake made its official Jacob’s Pillow debut in 2009 in the world premiere of half-Moroccan, half-Flemish choreographer Sidi Larbi Cherkaoui’s Orbo Novo ("New World" in Latin). The piece was created specifically for the company and inspired by Jill Bolte Taylor's My Stroke of Insight about the experience of having a stroke. Both Cherkaoui and commissioned composer Szymon Brzoska participated in a PillowTalk to discuss their brand-new work.  Also, Grace Engine choreographer and artistic director of Kidd Pivot Crystal Pite was awarded the Jacob’s Pillow Dance Award in 2011.

IN THE DORIS DUKE THEATRE, JULY 3-7

Born in India and raised in Paris, Shantala Shivalingappa "erases cultural boundaries with her lightness, wit, and musicality" (The New Yorker). She has worked with some of the greatest artists of our time, including choreographer and opera director Maurice Béjart, English theatre and film director Peter Brook, and the legendary dancemaker Pina Bausch. Joined by master musicians, her otherworldly movement merges with a symphony of intoxicating vocals, lilting flute, and virtuosic rhythms in a new work, Akasha, that originates in sound—a vibration or form of energy and measure. Shivalingappa’s vivid interpretations of the classical South Indian dance style, Kuchipudi, are steeped in expressive narrative, with flowing lines, nimble leaps, and percussive footwork. Tickets: $22–$38

The Art of Motion Dance Theatre (AOMDT) is a repertory company performing original works by artistic directors Lynn Needle, Olivia Galgano, and guest artists. The multidisciplinary company features exotic handmade costumes conceived and constructed by visual and performing artist Annie Hickman. The company will premiere Heaven & Earth, a delight for the senses. The program pays homage to eastern and western aesthetics, resulting in a fresh vocabulary. The suite embodies the mysticism of the heavens and the glory of planet Earth. FREE

The Sayat Nova Dance Company (SNDC) of Boston was formed in January 1986 as an independent, non-profit dance ensemble, under the direction of Apo Ashjian. The company takes its name from the famous 18th century troubadour, Sayat Nova, whose music and poetry captures the essence of the Armenian spirit. The SNDC mission is to preserve and promote the Armenian culture, primarily through the art of dance. Apo Ashjian has been active in Armenian dance for more than 40 years, studying dance in Armenia with renowned choreographers and ethnographers and receiving a diploma in Armenian dance choreography from the Khachatur Abovyan University. FREE

PillowTalk: Beyoncé and Beyond

Since his summer as a Jacob's Pillow student, award-winning choreographer Jeffrey Page has enjoyed wide exposure on television and the concert stage including choreographing for the TV show So You Think You Can Dance and for Beyoncé music videos. Now he's back on faculty at the Pillow discussing it all. FREE

An examination of current online trends in responding to dance--whether via Twitter, online publications, or blogging--and how this differs from traditional dance reviewing, as interpreted by an expert panel. FREE

As the Pillow's Festival Photographer since 2006, Christopher Duggan has now documented literally thousands of indelible dance moments. Focusing specifically on Inside/Out for an exhibit last summer at Saratoga's National Museum of Dance, these images are now coming home for the first time. Duggan's superb extra-large prints show off an incomparable setting in an unforgettable way. FREE

By showing dancers in everyday surroundings, photographer Jordan Matter demonstrates just how extraordinary the human body can be. There's no photo manipulation here--no trampolines, no gimmicks, no tricks--which makes these images of roadside leaps and high kicks on the subway all the more remarkable. Including both recognizable dance figures and relative unknowns, this collection truly communicates the excitement of having dancers among us.

To experience dance through the eyes of other dancers is a rare treat, and this exhibit encompasses uncommon sights and vantage points, photos taken by professional dancers, that will be totally new to most viewers. New York City Ballet star Wendy Whelan reveals what goes on in the dressing rooms of New York City Ballet while Miguel Anaya shares his backstage view from last season’s production From the Horse’s Mouth: The Men Dancers, Amber Star Merkens shows the backstage world of the Mark Morris Dance Group and both Francisco Graciano and Sean Patrick Mahoney chronicle the Paul Taylor Dance Company. FREE

This informal library and reading room allows Pillow visitors to view videos, browse through books, access the Pillow's computer catalog, or peruse permanent collections of Pillow programs and photographs. Pillow Interactive, the popular touch-screen kiosk, provides instant access to rare film clips ranging from the present day back to the 1930s, and the Dance Heritage Coalition's new Secure Media Network features videos from other archives throughout the country.