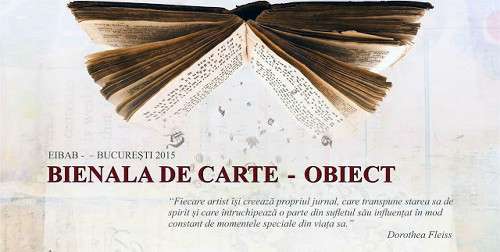 Poster for the 2015 exhibition. All photographs, curtesy of ANAV and D. Fleiss et al. 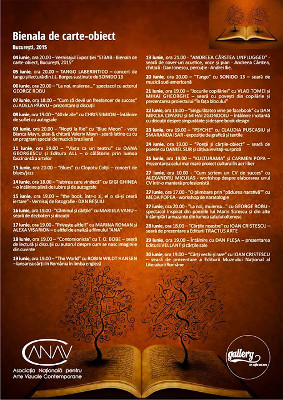 Program in support of exhibition. 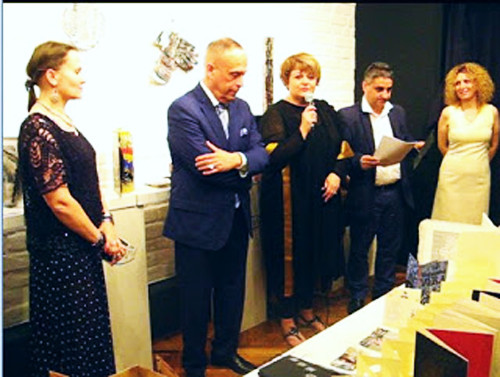 D. Fleiss (w/microphone) and M. Traistaru with dignitaries at opening. 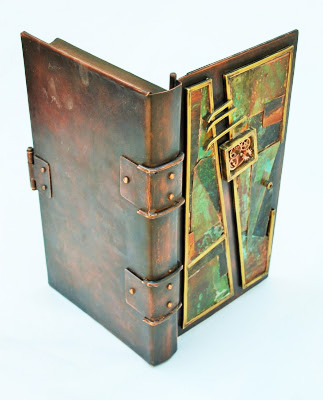 A sample from various countries. 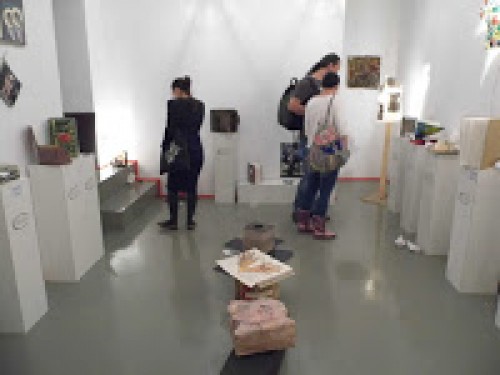 A glance at the exhibition. 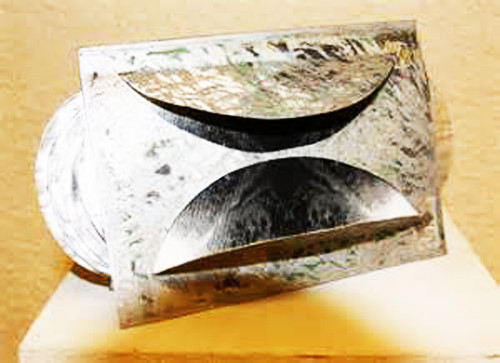 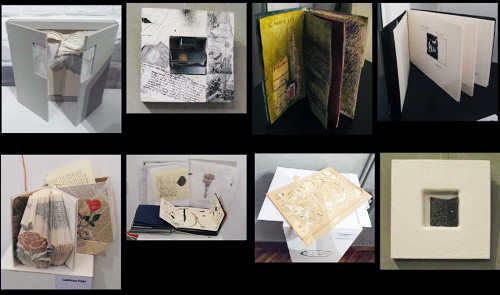 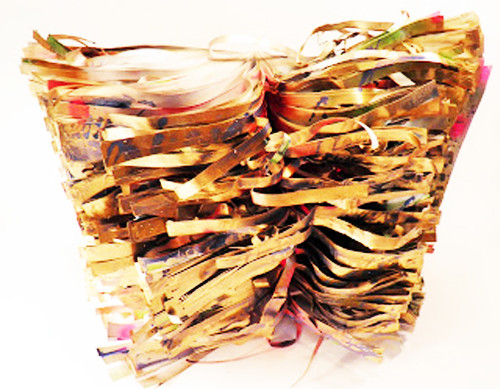 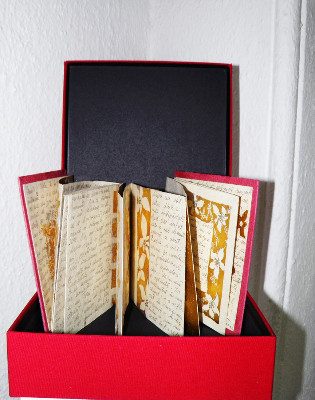 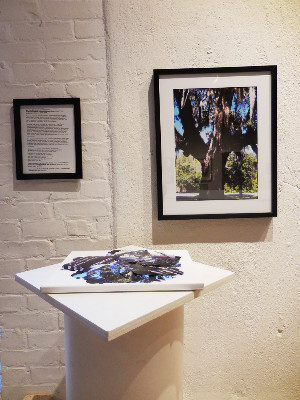 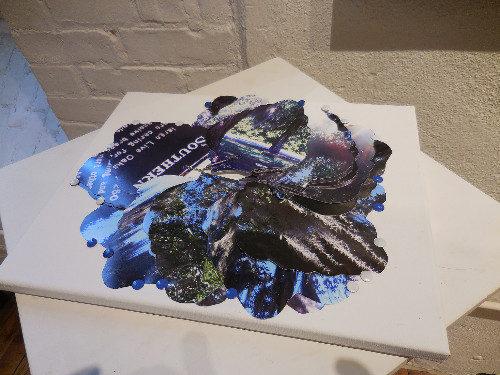 Photo/word book by A. Hiemer close-up.

The Artist Books exhibition can be visited until June 30, 2015
At The Gallery of National Contemporary Visual Arts Foundation
Str. Leonida, Nr. 9-11
Bucharest, Romania

This year’s exhibition organizers are the National Association for Visual Contemporary Arts (ANAV), Bucharest, Romania, and D. Fleiss & East West Artists Association, Stuttgart, Germany. The extensive exhibition has been curated by Dorothea Fleiss and Mirela Traistaru, who is also a participant. Traisaru, living in Bucharest, has earned high praise from Fleiss for her immense work, energy and hence, a wonderful resulting show and programming.

The Artist Books exhibition opened with great fanfare on June 4th and will close on June 30th at ANAV’s new gallery. Dignitaries from cultural institutions greeted all participants and visitors. Among them, the President of the Romanian Cultural Institute, Radu Boroianu, and the President of the Poetry Section of the Romanian Writer’s Union, Dan Mircea Cipariu, gave the official address.

To quote Mariela Vanu: “In this age of technology when access to the information is a click away, the books seem to remain in the shadows. The pleasure to touch the page, the paper, the texture, the sheets and the specific smell, may get lost or conversely, can become an art."

Of course, the Art of the Book is centuries old! Impressions and images of visiting the ‘Book of Kells’ in 2013 in Dublin, Ireland, will be with me for a life-time. Sophisticated technologies have made it possible to view color enlargements of calligraphy texts and exquisite borders and tiny paintings contained in each page of ‘The Book,’ now in four volumes. They contain the four gospels of the New Testament and date back to 800 AD. One can also examine a couple of pages, which change daily under low light to preserve the originals, just for a few minutes while moving in the stream of visitors. At the Trinity College Library, today’s technology has made a treasure available for viewing to any traveler and book lover.

It is no wonder that creative people from around the globe are making still and again unique books, since the tactile experience of holding a book has been largely substituted by moving pages with one finger on various technological devices.

More than 80 artists participated from 22 countries in this exhibition. As one might expect, a large number, namely, thirty from eastern European countries and Russia were invited. The exhibition also represents works with sensibilities from countries as far as South America: Argentina, Brazil, Chile, Mexico and North America, the USA and Canada. Artist books by Turkish, Moroccan and Jordanian participants are on display and, of course, by western and southern European artists as well.

The exhibition has become a cultural focal point for readings and book signings, lectures and presentations by writers, poets, visual artists, curators and musicians, which happen almost daily throughout the duration of the show. They have ranged from intimate settings to two hundred visitors per evening.

Artists from these many countries world-wide create with their own or specific cultural sensibilities similar and different from each other, which gives the exhibition a truly international flair. The accompanying photographs serve as examples.

I have a personal interest in the exhibition, since I mailed an art-book and small installation to Bucharest in March and am delighted to be among the participants. Beginning in 2015 I have started a new series of unique books, currently titled: ‘250 Year Old Southern Live Oak Tree - Hosting Epiphytes: Spanish Moss and Resurrection Fern, 2013-2015.’ By coincidence, a compendium installation can still be seen until end of June at the Eclipse Mill Gallery in North Adams, Massachusetts. The Project Space of Berkshire Fine Arts.com hosts a photo and word essay with the same title. Other photo/word 'books' will follow.

Fleiss is a native of Romania, who immigrated with her family to West Germany some decades ago. She is the founder of EIBAB and inaugurated the first art book biennale in 2010: “For love of the book.” She has been making artist books since the 1990s and considers it her most important work, then installations and finally paintings. Her group, the East West Artists, have sponsored more than twenty symposia or artist retreats now on every continent. Most of the initiative and work rests on her shoulders and hence, she can tap into a world-wide network of like-minded artists and supporters.

The first two biennales were held in Romania, then in 2014 in Moskow, Russia. The current exhibition is following the Moskow biennale. A small group of influential patrons in east and west are hoping and planning to bring about an Artist Book Museum and give the growing collection a permanent home. More concretely, the 2016 European International Book Art Biennale may happen in Berlin, Germany.

The Bucharest exhibition is still open and visitors from around the world are welcome!