The American Robot: A Cultural History

Book by Dustin A. Abnet 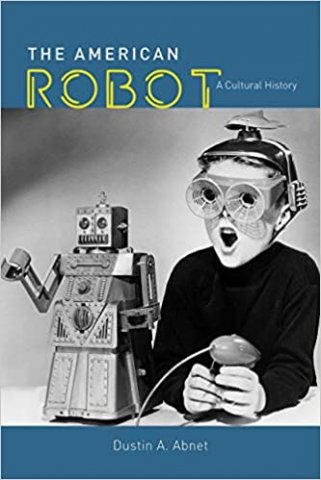 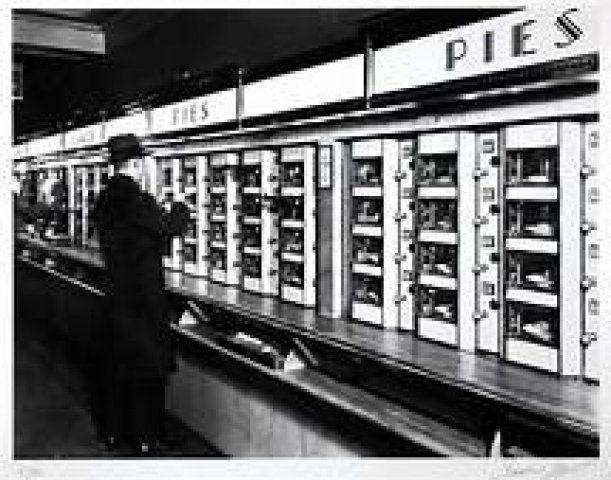 The American Robot: A Cultural History
By Dustin A. Abnet
The University of Chicago Press

Robots are endlessly fascinating—as all-purpose helpers, industrial workers, personal slaves, and even companions. Ian McEwan’s 2019 novel, Machines Like Me, is the story of Charlie in 1980s London, who comes into money and decides to buy one of the first synthetic humans. A day rarely goes by without some kind of robotic story in the business news. “Robots Will Need Humans in Future,” the New York Times assured us recently. “Are Robots Overrated?” the Harvard Business Review asked. Researchers are developing soft robots based on the biomechanics of cheetahs, we read in SciTechDaily.

Robots are with us, in fact, for the future and in decades of industry and popular culture. Dustin A. Abnet, assistant professor of American studies at Cal State Fullerton, takes us on a serious tour of robots in American industry and culture in his new book, The American Robot: A Cultural History. Although the cover looks comic and Abnet often dips his toes into robots in popular culture, the book is a history of automatons and the development of automation in industry, from the steam engine to Henry Ford’s first complete assembly line in 1913 to recent cybernetics and artificial intelligence.

The book is straightforward and crisply written but flexes its academic muscle with 54 pages of notes and bibliography. Questions of free will, alienation, fear of or desire for robots and other artificial beings are threaded throughout. Abnet draws on psychology, religion, intellectual history, literature, film, and television to explore this world. And he acknowledges the existential threats and real fears of robots and automation, which have become reality as industrial productivity continues to reduce the number of workers needed in many industries.

The book is organized in three sections. God and Demon, 1790–1910; Masters and Slaves, 1910-1945; and Playfellow and Protector, 1945–2019. Some illustrations are included but the book would greatly benefit by many more photos and illustrations.

Did you know that the first use of the word “robot” was in a 1922 play written by a Czech playwright named Karel Capek The play was titled R.U.R., an initialism for Rossum’s Universal Robots. First performed on October 9, 1922, by the New York Theater Guild, the play is about a company that mass produces and sells “artificial biological laborers.” By the end of the evening, Abnet says, audience members knew a little about robots and within a decade, so did most of their compatriots. The play was reviewed favorably and later was staged in other cities.

Abnet’s history begins with the first automatons built in Europe in the 17th century, primarily for purposes of entertainment, while in colonial America, their developers preferred that automatons have practical uses. Later there were dancing automatons, chess-playing automatons and a “mechanical Frankenstein,” known as Steam Man, invented by Zadoc Drederick, a young Newark machinist, in 1868. These automaton inventions led to the development of mechanical toys for children, such as windup cars and trains for boys and mechanical dolls for girls. (You couldn’t have boys playing with dolls or girls running trains, at least not a century ago. And even today, that concept is not well-accepted.)

Automatons and their robot cousins often represented “exotic” or marginalized peoples, such as mechanical dancers providing entertainment in community halls, taverns and museums in the 19th century, costumed as Turkish, Middle Eastern, Chinese, African and Native American figures. These cultural stereotypes continued into the 1980s with the popularity of the Styx song, “Mr. Roboto,” about struggles against totalitarianism. The music video depicted robots (“with parts made in Japan”) with slanted eyes and buck teeth. The Japanese government was concerned about the American tendency to see Japanese people as regimented robots and developed a TV program to refute this racist cliché.

Robotic servers entered the food industry in the early 20th century. Diners in Philadelphia and New York could purchase ready-to-eat food served by machines in “automats.” Thomas Edison, inventor of the electric light bulb and sound recordings, talked to a reporter about his plan for an “automatic clerkless shop” in 1910. In his Utopian 1926 novel, Looking Backward 2000–1887, Edward Bellamy describes future Americans shopping at stores where the shopkeeper was replaced with machinery. (It took 90+ years before Amazon introduced its “grab and go” stores in 2019.)

There’s a brief visit with the famous or infamous efficiency engineer, Frederick Winslow Taylor, who developed principles of scientific management (later known as industrial engineering). Taylor was influenced by Charles Babbage, the English engineer and inventor known for his difference engine, an early version of the computer. Taylor’s work was the antecedent to today’s management consulting firms, such as Chicago’s Accenture and A.T. Kearney.

Soon enough, automatons and robots began to appear in fiction. The first example was an automaton in a “dime novel” in 1870. Edward S. Ellis published The Huge Hunter; or, The Steam Man of the Prairies, a story of a nonmagical mechanical man. (Dime novels—cheaply reproduced and standardized stories—made this new form of literature available to a wider audience.)

The first science fiction—or scientifiction, as its publisher called it—was in a pulp magazine called Amazing Stories, first published in the 1920s by Hugo Gernsback. The genre had existed in the work of Mary Shelley, H.G. Wells, and Jules Verne. But Gernsback put the sci-fi label on it. He first published classic stories by Verne and Edgar Allan Poe; later he began to publish original science fiction stories by contemporary writers.

Robotic-type characters appeared on screen as early as 1927 in Fritz Lang’s Metropolis, a masterpiece of industry set against an eerie New Yorkish skyline. In 1962 Ray Bradbury created a Twilight Zone episode titled “I Sing the Body Electric” in which machines were capable of love. But the spaceship in Stanley Kubrick’s 1968 film, 2001: A Space Odyssey, featured HAL, an AI computer with evil intentions.

Disney debuted animatronic characters at the 1964 World’s Fair and introduced them at Disneyland with the Pirates of the Caribbean experience. An animatronic Andy Warhol named A2W2 was developed for a film in 1968. Warhol loved it; he said he “always wanted to be a robot.”

Westworld, Michael Crichton’s 1973 film about an animatronic theme park, was adapted into an HBO series of the same title in 2016. Set in the same amusement park as the original film, HBO’s “Westworld” shows guests indulging in synthetic experiences but not being challenged to rethink themselves or their history.

In his conclusion, Abnet notes that the “robot vision has always offered a chance to start anew, to replace the untamable, willful world of creation with something more orderly, more logical, more fulfilling and perhaps more moral.” His book is a serious look at the history of automation in society, laced with frequent references to the appearance of robots in popular culture.

While I was reading, I remembered my own experiences with robots in popular culture. The song, “Mr Roboto,” was in my head before I came across it in the text. And I remembered a well-made play I saw in 2017 at Lincoln Center Theaters in New York. Zoe Kazan’s After the Blast is a dystopian tale of a world after environmental catastrophe. Everything is frozen. It’s nuclear winter and everyone yearns for the time when they will be able to “go upstairs” into the old real world. The husband character decides his wife needs something to keep her occupied and brings home a helper robot, which eventually is named Arthur

In a recent Zoom meeting, I experienced the “robot room” created by a friend who lives in Delaware. Dave has renovated a small guest bath as a robot museum by filling it with robots, robot images and robot tchotchkes. I have a feeling his robot museum will have to move into a larger space very soon.

And of course there are home robots that vacuum your floors, care for your lawn or claim to change the kitty litter. We love our robots and they will be with us for a long time.

The American Robot: A Cultural History can be ordered from your favorite local bookseller, from bookshop.org or from the publisher.