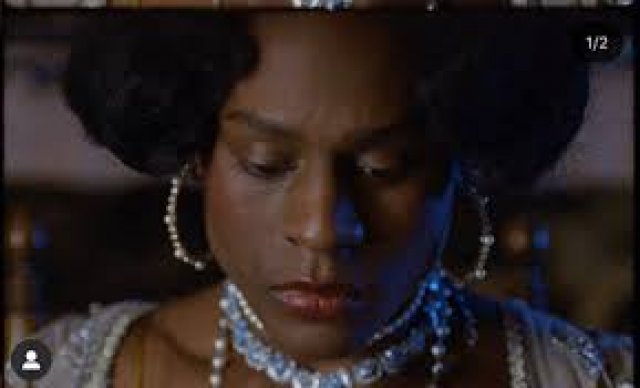 Rowin Amone as Mary Jones in Tourmaline's Salacia streaming from the Museum of Modern Art. 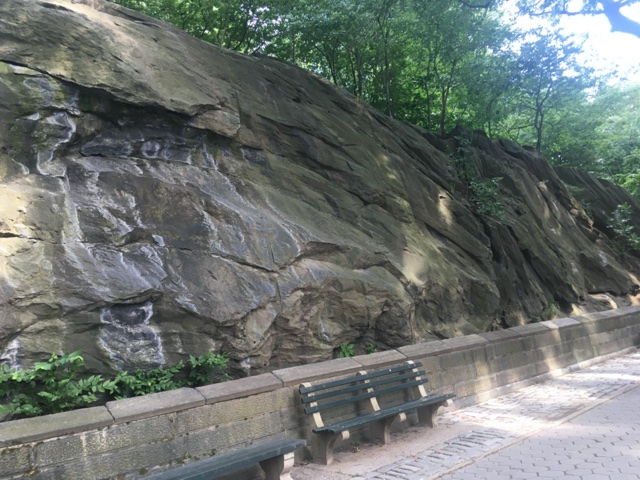 Seneca Village was built on top of this rock, now called Summit. Photo by Susan Hall

Salacia is a short film, but it packs a punch. Exotic garb and dreamy locations do not hide the harsh truth of a black woman's life in the times of slavery.

Tourmaline is an activist, filmmaker, and writer. Her work focuses on Black queer and trans people and communities who make and transform worlds. In her films, Tourmaline creates dreamlike portraits of people whose stories tell the history of New York City, including gay and trans liberation activists, drag queens, and queer icons Marsha P. Johnson and Sylvia Rivera (Happy Birthday Marsha, co-directed with Sasha Wortzel, 2018), Miss Major (The Personal Things, 2016), and Egypt LaBeija (Atlantic is a Sea of Bones, 2017). These films move seamlessly from narrative to non-narrative sequences.  They cast a light on the underbelly lives that color historical events.

As brief as the film is, the haunting lines written by Tourmaline, the whirling costumes, and ominous white men in black suits and top hats mesmerize. Rowin Amone evokes Jones  as she moves from sex work to prison and finally to an emancipated view of life's possibilities.

Salacia was screened on High Line at 14th Street every night beginning at dusk in the late spring and early summer of 2019.  At the Brooklyn Museum, it was part of the exhibit Nobody Promised You Tomorrow: Art 50 Years After Stonewall