Will Crutchfield Conducts a Lively Production 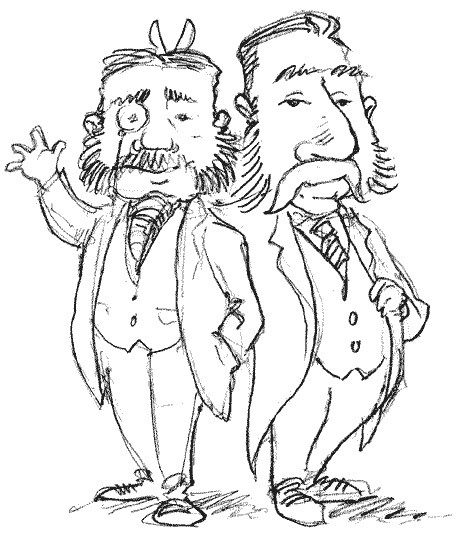 Sullivan got full credit for Pinafore. Gilbert wrote the book. ?? 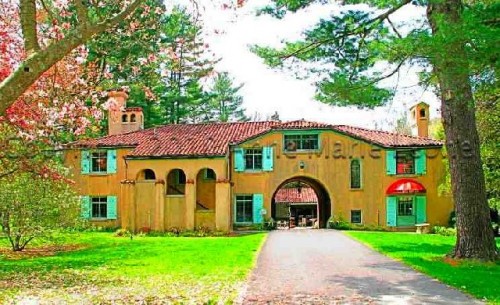 Lucie Rosen who founded Caramoor had to be found and rescued in London where she was hiding out to prevent a forced marriage to a British Lord. Plus ca change... 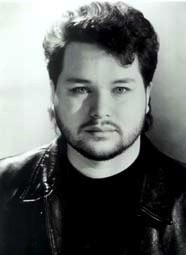 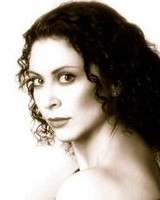 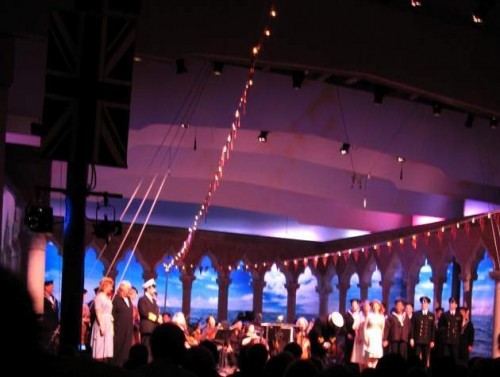 The cast and orchestra on board at the end of Pinafore.

Conducted by Will Crutchfield

Life shipboard has never been as lively and tart as it was under the big tent at Caramoor. Will Crutchfield strode onto the maindeck in his Navy uniform and took over the famously enchanting overture to Pinafore.   Two large British flags were mounted on tent poles, and strings of nautical flags hung from backstage into the audience.  Behind the Venetian arches on stage, the waves of a sea seemingly rose and fell.

Every level of Victorian English society arrived on deck during the evening.  That old saw ‘babies changed at birth’ is deployed to lead us inexorably to the conclusion that all men (women, sisters, cousins, etc.) are Englishmen, the final parody that celebrates rank.  Pinafore’s songs were banners unfurled in every port of the British Empire.  After all, Britannia ruled through its Navee.

Queen Victoria hated Gilbert and Sullivan.   Despite their popularity, a fact that would have roused tyrants to ban these operettas, their performance thrived.  Sullivan was knighted in 1883, but Gilbert, whose words were considered offensive to the Crown, would wait until 1907 for his knighthood.

Sullivan’s music, steeped in the church and patriotic anthems, would well serve the operettas he composed with Gilbert.  Although, as George Bernard Shaw wrote, Offenbach was his Venus and Mendelssohn his St. Elizabeth, Sullivan did better honoring his ‘loved’ than his ‘worshipped.’  The conservative music tempers Gilbert’s radical take on the society of the time.  It also provides a straight backdrop for Gilbert’s satire.  Sung straight, of course, the comedy is funny, even funnier.

Perhaps because Sullivan had done ‘hack’ work on traditional opera scores, a taste of Romeo and Juliet and Fille du Regiment echo in the score.  Pinafore is firmly rooted in 19th century nautical drama, which suited the analogy between shipboard and the hierarchical society,

Dressed in British naval uniforms and Victorian frocks, the cast filled the stage at Caramoor with just the right amount of period color.  Two balconies, downstage right and left as extensions of the deck, gave space for off-stage characters to react to the proceedings as the audience did.

Buttercup, usually cast as a frumpy bumboat woman, was here a voluptuous Vanessa Carididi, whose mezzo entranced.  As Josephine, Georgia Jarman sang with a delightful lyric tone.  Nicholas Masters, a bass, stood out in a brief solo as a mate with an important message.

Scott Bearden, looking like a diminished Wotan in his eye patch, was arresting in the role of Dick Deadeye.

Without a doubt the star of the evening was Robert McPherson, a tenor who has already had success worldwide in bel canto roles. As Ralph Rackstraw, McPherson, in addition to perfect diction, displayed a robust voice with just the right ping to create a distinctive bel canto performance.  He is masterful and deserves a wide audience in important roles.

All the singers were excellent actors as well, and this gave the evening not only unusual musical punch, but also a full pass to the wit and satire of Gilbert.  For the US where democratic ideas have always been so important, and a man is a man no matter what his birth origins partly justified our separation at birth from the mother country.  The patriotic anthems of the evening comfortably articulated a world in which Buttercup might eventually marry a Prince, and Onward Christian Soldiers would be replaced by ‘Oh say can you see.’  Maybe.

While Maestro Crutchfield admits to programming Gilbert and Sullivan because their operettas have been popular for a century and a half, he showed us why in a marvelous production with what Sullivan called its “tunefulness and breezy music.”  Hip. Hip!