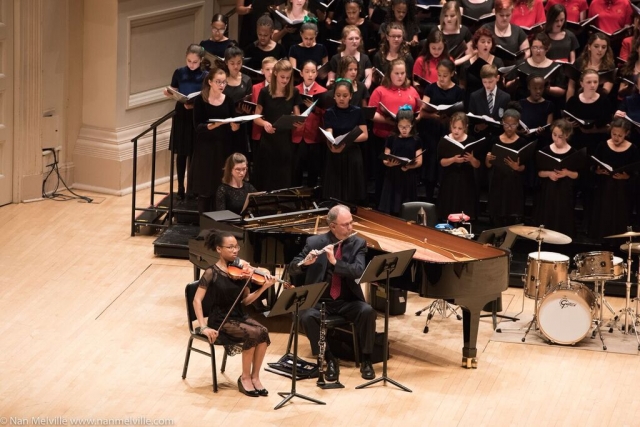 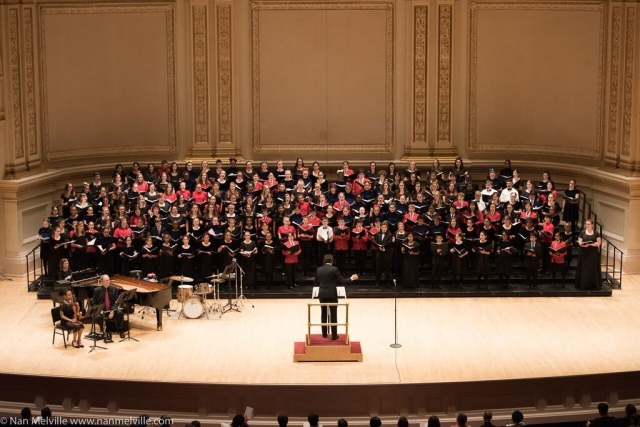 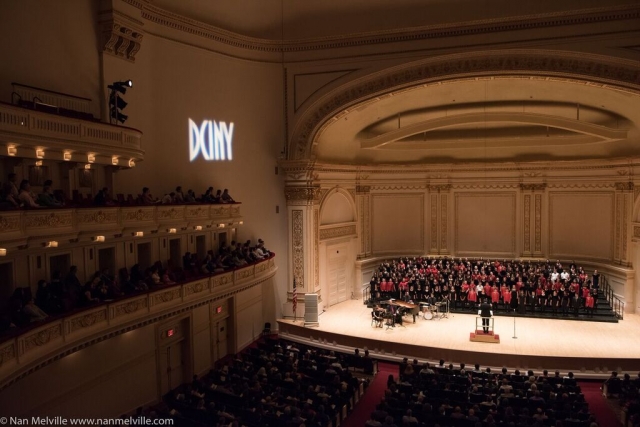 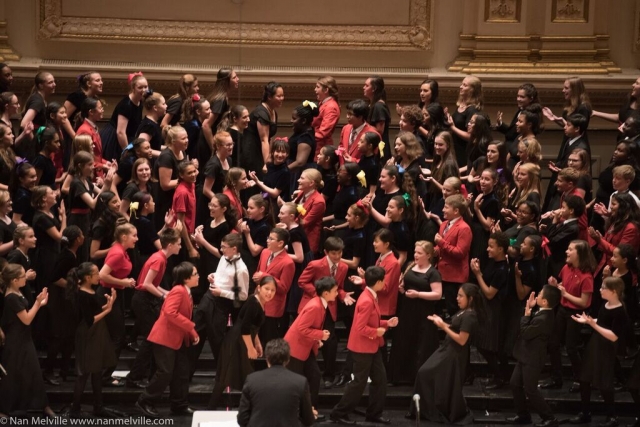 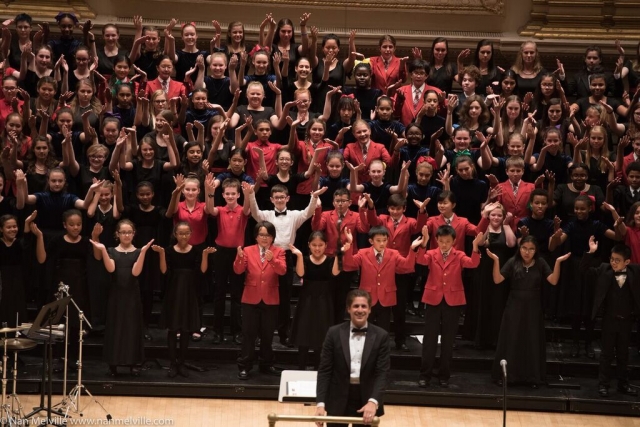 Cheryl M. Anderson conducted the Cabrillo Symphonic and Youth Chorus in two works by Eriks Ešenvalds. It was a thrilling introduction to the music of a Latvian composer who grew up at the same time and drinking the same musical waters as the music conductor, Andris Nelsons, of the Boston Symphony Orchestra.

Anderson discovered Ešenvalds in 2011 when she heard a performance of The Long Road, which opened the program at Carnegie Hall.  The piece unfolded both simply and magisterially.  It is a curiously satisfying combination of complex layering, whose overall effect was of simple tonal beauty. It hooks and holds you in mysterious ways.  In the meditation bells, singers and improvising flutes combine. Clarity of tones and often infinitely distended notes reach us deeply.

Anderson lofted lovely tones from the choir, and she kept in the beat in a form-fitting black-sequined gown which flared at the base of the podium. The chorus unleashes our senses and then tames them.

John Anderson conducted the second Ešenvalds' composition, Sunset in my Hand.  It was commissioned by the Andersons.  The text was chosen by members of the chorus, and celebrated the central section of California.  The opening words may have been like the recitation of the plagues in the Hagaddah, but the concluding poem by an anonymous Franciscan monk soothed and elevated.  It is the first poem to have been recorded in California.

From the waves ebbing and flowing on the coast, to the tall stands of redwoods, California is imagined in song and music.  Emotions are elevated by the suggestions of nature in music.

In preparation for his Volcano Symphony which will be premiered in 2018, Ešenvalds has visited the USA and New Zealand and will visit Japan, Iceland and Italy soon.  What do volcanos sound like in music?  We eagerly wait Ešenvalds' interpretation.

Exciting young audiences about music is a commitment that has been made by many of the successful contemporary symphony orchestras. Emerging from La Systema in Venezuela, the Los Angeles music director, Gustavo Dudamel, has worked to achieve this goal in many different ways. Going back to his roots, he has spread the word about the pleasures and value of music far and wide.

In New York, Francisco Núñez has charted his own course. He has focused his musical career on the development of the Young Persons Chorus, which includes over 1,800 students a year between the ages of 7 and 18. At their rehearsal space across from Lincoln Center they not only sing, but also do homework and prep for their SATs.

The chorus is honored everywhere. They open the Mostly Mozart Festival at Lincoln Center this year, and will also participate in Lincoln Center’s White Light Festival.

They are very good indeed. Performing under the Núñez baton, they sang works created by him. This portion of the program at Carnegie Hall included similar choruses from neighboring states.

The enthusiasm of the group was evident. Building audiences for the future is achieved by providing an opportunity for children to sing and encouraging their families to come and hear them. It’s difficult to think of a better step toward a musical future.

The Núñez compositions were based on both folk and religious music.  The chorus had a particularly good time when they danced to  music they were singing, hands raised on high and clapping.

Music is not only healing.  With the Young People's Chorus it elevates the spirit.