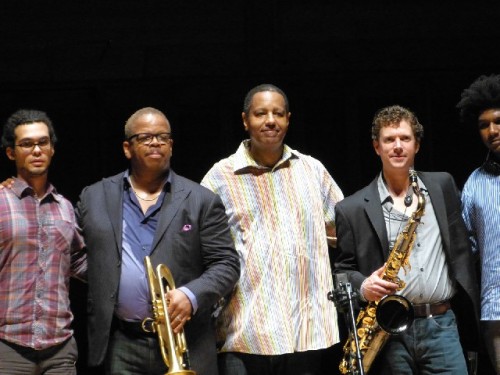 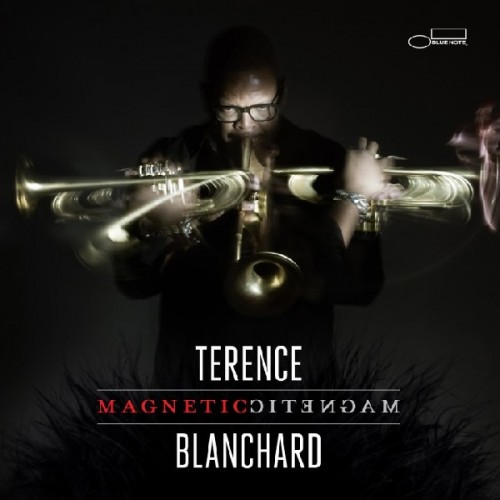 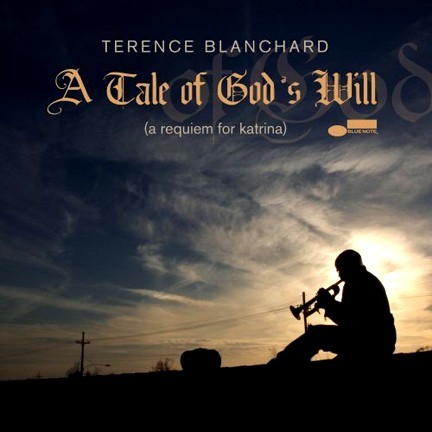 Music he performed at Tanglewood in 2008 from the Spike Lee HBO documentary on Hurricane Katrina.

New Orleans jazz trumpeter Terence Blanchard returned to Tanglewood last night with a young, sassy quintet for a straight up, hard bop concert in support of a new CD Magnetic on Blue Note.

He last performed at Ozawa Hall in 2008 as a headliner of the now discontinued, Labor Day weekend, Tanglewood Jazz Festival.

That was a more ambitious occasion that featured his suite "A Tale of God's Will" for Blanchard's quintet backed by the 34 piece Tanglewood Jazz Orchestra. It was composed as the sound track for Spike Lee’s HBO documentary film When the Levees Broke. It chronicled the destruction of the Ninth Ward in New Orleans caused by Hurricane Katrina.

Blanchard is the regular composer and collaborator for the films of Lee. In all he has written and performed original music for some fifty films.

He recently premiered his first opera Champion for the Opera Theatre of St. Louis.

The story is based on boxer Emile Griffith, welterweight champion of the world. He killed an opponent in the ring, Benny Paret, in 1962. Some 30 years later Griffith was severely beaten after leaving a gay bar. The opera, with librettist, Michael Cristofer, consists of ten rapidly moving “rounds.”

Compared to the appearance with the Jazz Festival, and its considerable promotion which provided an adequate audience during a stormy weekend, this time, the turnout was sparse. Other than top tier headliners like Herbie Hancock, Chick Corea, Chris Botti, and Wynston Marsalis, in the past few years, jazz at Ozawa Hall is a tough sell.

The comparatively small audience, however, had no impact on the superb performance of Blanchard with his young and gifted accompanists.

While a brilliant composer and studio musician, on stage, Blanchard is not a charismatic front man.

It was only after the first two songs running about fifteen minutes each that Blanchard spoke to the audience and informed us that the opening tune had been “Time To Spare” composed by his tenor player Brice Winston. We had already caught the refrain of an unusual take on the standard “Autumn Leaves.” It was not performed as a ballad but played at a faster tempo with complex improvisational changes on the lush and familiar melody.

He introduced the side men. From Cuba, via Miami, the pianist Fabian Almazan. From Detroit bass player Robert Hurst III. From Oakland, Justin Brown. Playfully he introduced tenor sax player Brice Winston as from that great spawning ground for jazz greats, Tucson, Arizona.

He spoke about Winston’s outstanding work as a jazz educator in Tucson. Three times he brought high school students to compete in New York winning the renowned Duke Ellington competition.

The composition “Ishay” (I’m not able to confirm the spelling or composer) was written by a former pianist in the group. It featured Almazan at a slow tempo with an absorbing, poetic, extended solo. While essentially a ballad when Blanchard eventually joined in he performed blistering upper register, emotional blasts which were echoed when joined by Winston.

It introduced us to a brilliant and unique young pianist who recalled but doesn’t imitate the lyrical, improvisational style of Keith Jarrett. In an earlier era when jazz was more popular Almazan would surely emerge as a soloist and star. At times he made one think of early Bud Powell. Yes, he’s that good.

Blanchard was most generous in allowing his players to shine. During the second set there was a riveting, extended bass solo by Hurst. Winston was also given ample space to display his chops.

The band performed three pieces for 45 minutes then took a break.

When they returned they played for another 50 minutes with no introduction and again three pieces eliding with no break into one continual improvisational suite.

It started with a staccato, pithy, 4/4 tempo that elided into legato passages.

At the end of the performance Blanchard identified the music as including two selections from the new CD “Magnetic” and “Hallucinations” closing with “Bounce” the title track of an earlier album.

Blanchard performs with a full rich tone mostly in the middle register with sharp punctuation of runs of high notes. During “Hallucinations” he used an electronic device to give a doubling or echo to his horn. It made for a richer, broader, denser sound with haunting after shades as the music continued momentarily after he stopped playing.

The after shocks were indeed hallucinatory.

We emerged from the performance having enjoyed the too rare Berkshire opportunity of an evening of superb jazz.