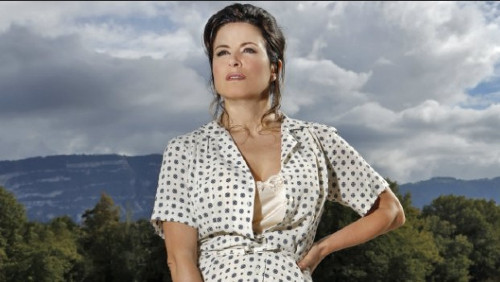 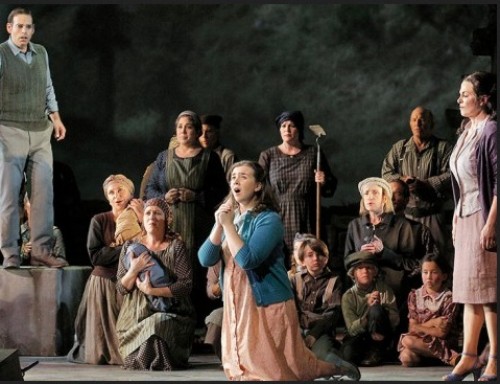 Sarah Shafer in her larval stage as a devout, dutiful daughter. 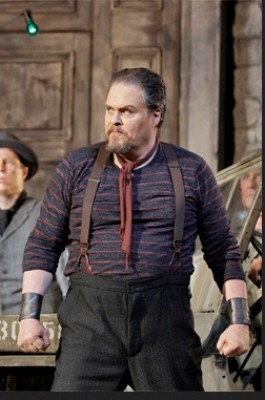 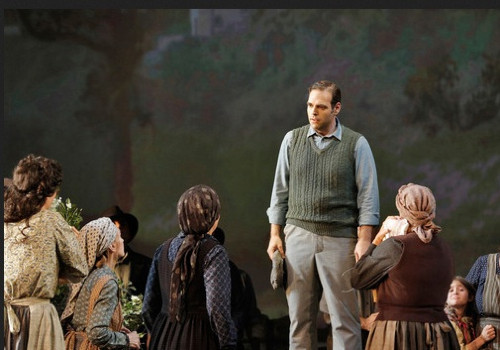 Dimitri Pittas, an up and coming tenor who is an honorable man in Two Women. 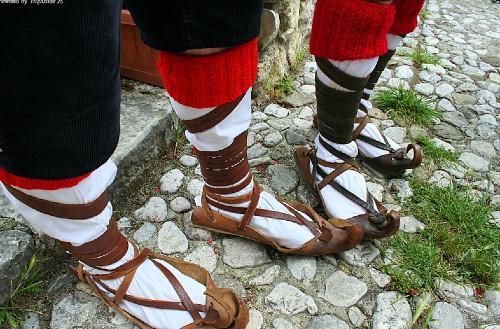 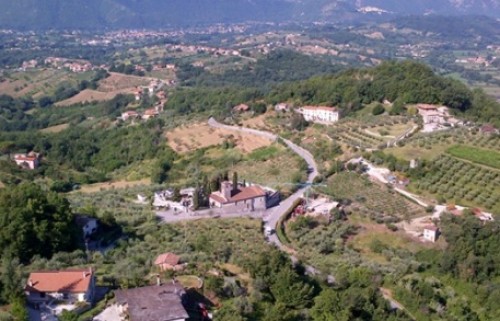 CIaciara, a respite of sorts 40 miles from Rome and near Anzio Beach.

Town of Ciaciara, ominously tainted by the presence of German troops. 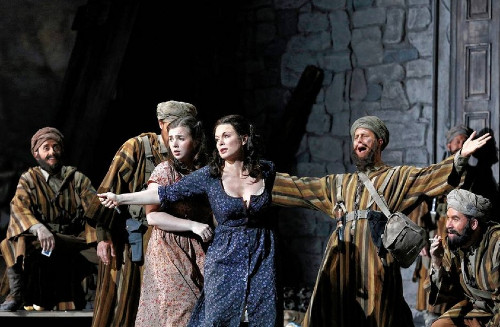 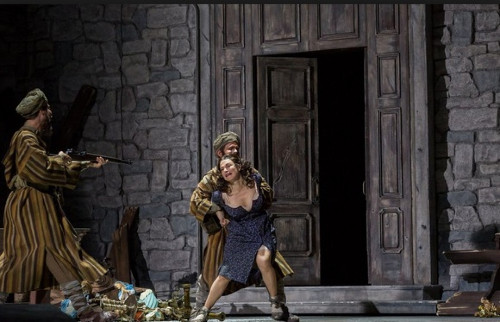 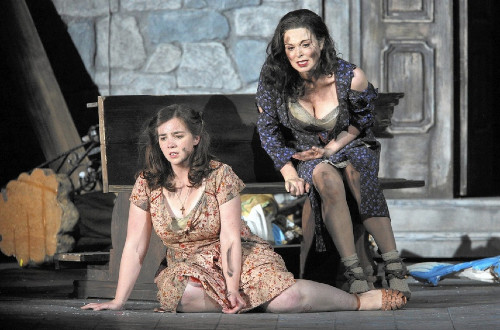 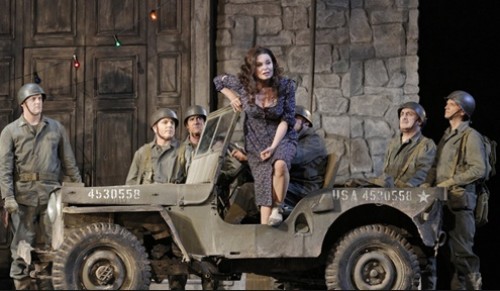 A good woman wants no more blood. No revenge.

Anna Caterina Antonacci is a soprano-mezzo of wide range vocally and emotionally. Riccardo Muti picks operas because she wants to sing them. Opera goers rush to her performances. Marco Tutino the composer of Two Women, which is having its world premier in San Francisco, may well have composed this work for her. She is perfect as Cesira, her musical delivery is rich, shaped and full of color.

Alberto Moravia, author of La Ciociara, the novel on which the opera is based, worked to create Cesira as a convincing character, faithful to her identity as a shopkeeper and mother, and yet a part of the wide historical moment that is unfolding. He succeeded.  In singing Cesira, Antonacci is ineffably moving.

Moravia places a human narrative in the broad scope of national and world events swirling around individuals. The striking sets and video projections for Two Women capture his intention. Always behind a shop, a town square, a dining room, you see the outside world going on, and sometimes impinging on private lives.  Francesca Zambello directs to hold these simultaneous but distinct threads together.  Sometimes there is an odd injection of action like the game 'statue' where you freeze and then release the action.

Unprincipled and treacherous Giovanni, sung with villainous charm and deceit by Mark Delevan, aides Cesira, to whom he’s passionately drawn.

Cesira and her daughter Rosetta, obedient and devoutly Catholic, flee war-torn Rome to return to Cesira’s birthplace in the mountains.

There they meet Michele, who has opposed fascism at every juncture. Dimitri Pittas carves a compelling moral intellectual in his sweet, yet full-bodied tenor. Both women fall for him: Cesira for his ideas; Rosetta as his friend.

Nicola Luisotti conducts to bring forth the beauty of the score.  Punctuated with the growls of the tuba, the percussive sounds of war, are contrasting country chirps of the piccolo, flute and xylophone. The four principals sing emotionally wrenching arias, full of melodic lines.  The music is accessible and brings to life the story it tells.  Often music came from every corner of the opera house like surround sound, embracing the ear.

The characters are realized in the music.  The melodies suggesting suffering and salvation sacrifice and deprivation suggest a broader picture of the outside world.  They say farewell to national popular myth – with skinny goats and local floral and fauna, the flaming flowers often caught in a phrase.

A young mother and child are first helped by Cesira and then ravished.  Second year Adler student Latvian Zanda Švede stands out in her arias, another proof that the waters of Riga transmit musicianship of the highest order.

Moroccan troops had been brought in to help in Italy.  Finding Cesira and Rosetta, they brutally rape the women.  Rosetta’s subsequent silence, her rejection of her mother, her transformation to a tart, are all compressed, yet wonderfully etched by Sarah Shafer, who has a pure, but exciting soprano. Tears of grief are released when Rosetta hears of Michele’s death and she is able again to feel and to embrace her mother.

Michele has been killed because he aided an ailing American soldier, John Buckley. On the lower level of the opera house, there is a small hospital set up for anyone in distress. You can imagine that John Buckley went here to recover from his injuries and returned to the stage for the opera’s final moments when he challenges Giovanni’s claim to friendship.

Giovanni, lover, Fascist, traitor, is outed. Cesira takes over an Army jeep and says there will be no more blood. Humanism is the governing impulse.

The audience did not agree. When the Moroccan soldiers arrived for their curtain call they were booed. When Giovanni took his bow, he was booed. Their performances were terrific. The characters they sang were horrific. Moravia would have been delighted. This audience agreed with him as they cat-called the bad guys from the stage.