The Closet By Douglas Carter Beane 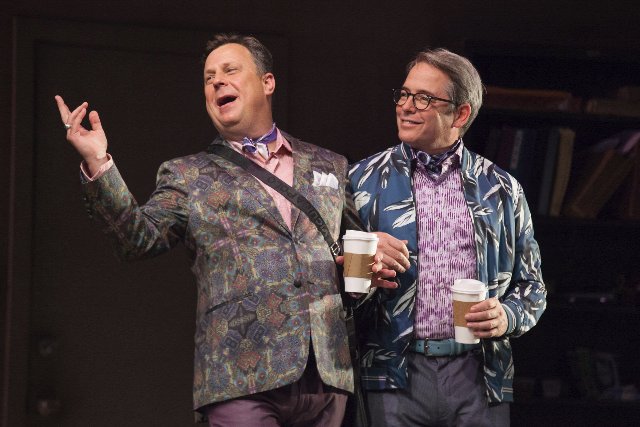 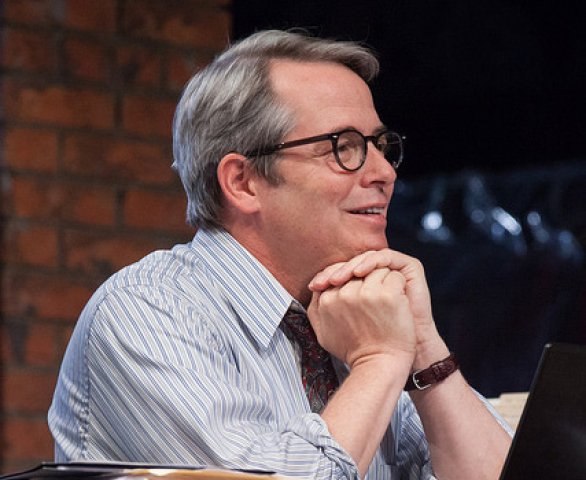 Broderick is making his WTF debut. 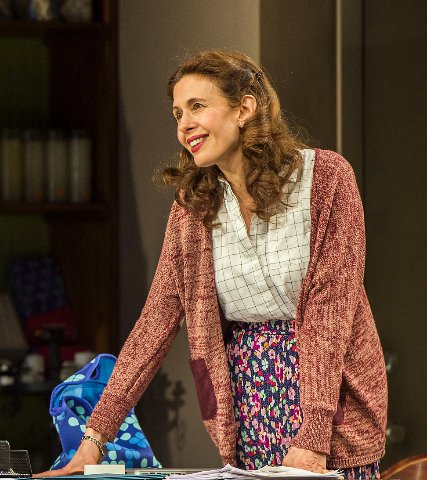 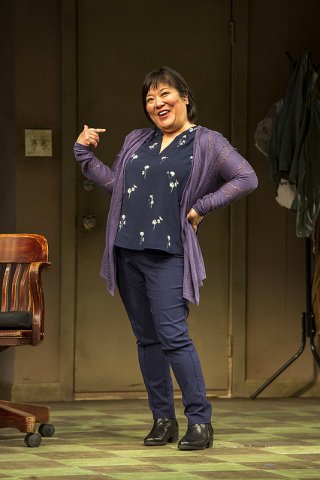 Keep and eye on Ann Harada. 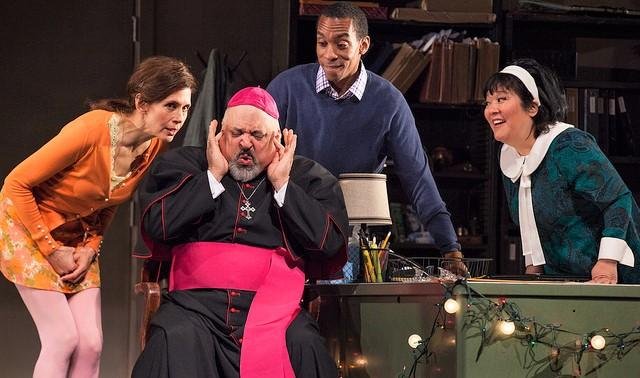 Does the Bishop have the answers?

The Closet, a satire of political correctness in the workplace is an adaptation by Douglas Carter Beane of the French film Le Placard.

Early on, the always wonderful Jessica Hecht, as office worker Patricia Pennebarry, explains to a colleague the racial insults coded into such familiar expressions as “Indian giver” or "Sunshine." As a part of this overview of politically incorrect use of language there is an deconstruction of “coming out of the closet.” This entails gay individuals openly declaring  previously repressed sexual identity.

As the title of this comedy, gay or straight, all of the characters come out of their closets in a transformative manner. This occurs with fits and starts in an often hilarious manner that leaves the characters as well as the audience with a sense of well being.

We conclude that all of us have closeted facets in some manner that are better out than remaining in. The most outrageously out character, Brooks Ashmanskas as Ronnie Wilde, in a typically over the top rendering of every possible stereotype of a gay man, appears to be the most joyous and liberated character on stage.

For complex reasons entailing strategy for not getting fired from his humdrum job, Wilde instructs the numbingly straight Martin O’Reilly (Matthew Broderick) how to simp and wimp. The proper gay way to walk is light in the colorful loafers with mincing steps as if over popping bubble wrap. It’s hilarious when O’Reilly actually tries that. Ashmanskas is a master of expression, movement and physical comedy.

In a richly detailed set by Allen Moyer the action occurs over two days in as many acts in the Good Shepherd Catholic Supply Warehouse in Scranton, Pennsylvania. On shelves and table surfaces we view an inventory of  accessories for Catholic smells and bells. With strident idolatry this is a setting that would have Martin Luther in fits.

Seated in profile at his desk O’Reilly is a study in understated, quiet desperation. On every level, public, private and professional things are falling apart. Obedient to a now divorced wife he purchased a white elephant Victorian monstrosity of a house. It proved to be a money pit as well as sucking up all of his time in endless renovation. She walked out and took their son Jack (Ben Ahlers) who is deeply angry at his father.

A rival wholesaler of the same items is pushing O’Reilly’s business to the brink of extinction. They got a local prelate to go on TV and bless their inventory. In a desperate measure O’Reilly has petitioned the Vatican to send what proves to be Bishop Abadelli (Raymond Bokhour) to bless the goods.

It reminded me of attending an enormous public audience with the Pope in St. Peter's Square. He zoomed around in the Popemobile before settling on the stage in front of us.

For Mom, in the Vatican gift shop, I purchased expensive, silver rosary beads. On cue, many in the audeience raised their items in the air to catch the Papal good vibrations. Exiting the Square I encountered vendors selling the same items at a fraction of the price. I bought the identical rosary then rubbed it with the "blessed' one. Not knowing which I gave one set to Mom and the other to Pip. Mom bragged about it to our family priest Father Bullock.

For reasons that are not entirely credible Wilde has opted to leave Manhattan and relocate to his roots in Scranton. In particular, he wants to rent a floor in the big old house where he attended parties in his youth. We learn that he was awarded a large settlement in a defamation lawsuit. That ended his career but provided enough cash to live comfortably.

The negotiation to rent half the house, for Martin, is a way to reduce debt.  Colleagues detail the PC advantages of being gay. By at least pretending to be gay he will avoid being fired by Will Cobbs (Roland Baldwin) the son of the female owner. Comedy is milked over who will have the top floor and who will live below.

As the play evolves it is revealed that everyone has a secret or repressed identity.

With delicious nuance the typically brilliant Hecht unfolds like an artichoke. On the cusp of spinsterhood she aspires to a relationship with her boss. Her way to his heart is through his stomach. She bakes muffins to share. We are amused to hear her fuss over ingredients. On this occasion, lemon. It is left on his desk. There is another for herself as well as for nasty colleague, Brenda Mishima (Ann Harada), who “everyone hates.”

Brenda lives up to her billing with hilarious abrasiveness. Seeing the usual muffin she tosses it into the trash. Her closeted desire is to quit the religion business and take up full time community theatre. Every possible plot point evokes belting out a few bars from a Broadway musical. Her zany performance at times was too shrill. Expect, however, to see more of her on Broadway. The odds are tough as only 9% of roles go to Asians.

At one point Brenda tells the African American Roland (Will Cobbs) that their ancestors built the Transcontinental Railroad (leading to the Chinese Exclusion Act). That evoked a raucous chorus of "I've been working on the railroad." That's abruptly interrupted when he points out that her heritage is Japanese not Chinese. Oh well.

Roland is frustrated to learn that because of the gay thing his hands are tied. His mom will be pissed that he fails to fire Martin. Instead he is advised to take the office manager to lunch at the Cheesecake Factory (portions are enormous) and give him a gift.

They return from lunch with matching, over-the-top Tommy Hilfiger sweaters. It is revealed that even Roland is closeted and has the hots for Martin. In a parallel pattern Martin and Roland transition from straight to gay.

Ending the first act the Bishop arrives at the worst possible moment.

Eventually all’s well that ends well but that proved to be far too predictable.

To open the season on the Main Stage with this production WTF swung for the fences. It featured the first appearance for the Tony winning Broderick. He delivered a nuanced and understated performance. It was delightful to see his character morph from meek and straight to gay as all getout. That was a tribute to his acclaimed skills.

Backing Broderick were WTF regulars Hecht (for her 11th season) and 8th for reliable and always outrageous Ashmanskas. The kid, Ben Ahler, who wants to out for theatre has upside. Harada, as previously stated, is ready for prime time. Cobbs navigated demanding transitions. With a faulty accent and ambiguous character Bokhour's performance as the Bishop deserves an incomplete.

All aspects of the production from casting to technicals were top notch. The treatment of PC or not to be, however, was a bar below the wow factor we expect from WTF.