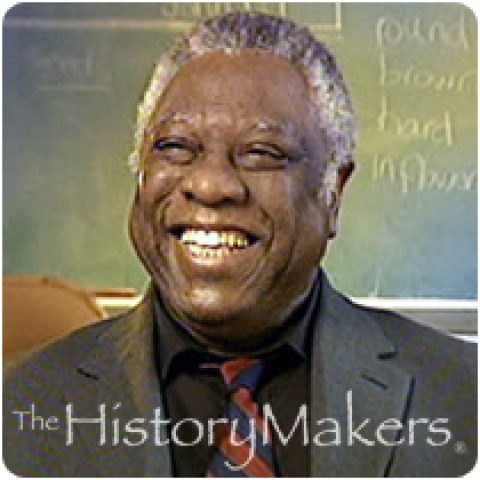 King is a superb interviewer, asking probing but not threatening questions.  Smith shared his experience directing August Wilson's Ma Rainey’s Black Bottom. Smith had seen three earlier productions of the play. In each of them, the music so central to the plot had been canned.  He was determined to cast actors who could play instruments live.  He mounted one of the most successful productions ever at the Goodman Theatre in Chicago. Wilson told him it was his favorite.

Chuck Smith is a member of Goodman Theatre’s Board of Trustees and is Goodman Theatre’s Resident Director. Goodman credits include the Chicago premieres of Objects in the Mirror; Pullman Porter Blues; By the Way, Meet Vera Stark; Race; The Good Negro; Proof and The Story; the world premieres of By the Music of the Spheres and The Gift Horse; James Baldwin’s The Amen Corner, which transferred to Boston’s Huntington Theatre Company, where it won the Independent Reviewers of New England (IRNE) Award for Best Direction; A Raisin in the Sun; Blues for an Alabama Sky; August Wilson’s Two Trains Running and Ma Rainey’s Black Bottom; Ain’t Misbehavin’; the 1993 to 1995 productions of A Christmas Carol; Crumbs From the Table of Joy; Vivisections from a Blown Mind and The Meeting. He directed the New York premiere of Knock Me a Kiss and The Hooch for the New Federal Theatre and the world premiere of Knock Me a Kiss at Chicago’s Victory Gardens Theater, where his other directing credits include Master Harold... and the Boys, Home, Dame Lorraine and Eden, for which he received a Jeff Award nomination.

At Columbia College he was facilitator of the Theodore Ward Prize playwriting contest for 20 years and editor of the contest anthologies Seven Black Plays and Best Black Plays. He won a Chicago Emmy Award as associate producer/theatrical director for the NBC teleplay Crime of Innocence and was theatrical director for the Emmy-winning Fast Break to Glory and the Emmy-nominated The Martin Luther King Suite.

Andre De Shields made a Tony acceptance speech that richocheted around the world. His second Cardinal Rule is: The slowest way is how to get where you want to be. After traversing the trail in the above resume, which has taken a very long time, Chuck Smith is just where he wants to be.

De Shields, on the other hand, lives by his Cardinal Rule three: . The top of the mountain is the bottom of another, so keep climbing.  And he will. Even if De Shields does not get the second 74 years he hopes to have here on earth, he knows he will get those years in another dimension. Meanwhile he is cracking the Methuselah Code after doing choreography for Bette Midler, performing in Warp!, The Wiz, The Full Monty, Play On! and Ain’t Misbehavin’. Film and television credits include Law & Order, Another World, Sex and the City, and many more

Younger audiences might recognize him as the musical math tutor in a sequined red suit and black eye patch who sings and dances his way through a song about how algebra caused the loss of his eye in the Netflix children’s comedy special John Mulaney & the Sack Lunch Bunch. The song is intentionally silly. De Shields is fantastic in the number.

De Shields was always attracted to W.E.B.Du Bois. He identifies with Du Bois' wide ranging-intellect which caused problems.  He recalled the moment that Geoffrey Holder, costume director, took over from Gilbert Moses as director of The Wiz.  Holder entered the theater in a cape and a Borsalino hat.  He unwrapped a bundle of sage and split it in two.  After lighting the sage, he started to move through the theater, explaining to the actors and crew that he was removing all the evil spirits from the theater.

The story of leaving some of his mother's ashes on the Reverend Louis Farrakhan's mantlepiece is classic.  De Shields has also prowled like a panther looking for a trick in Calisto Bieto's Camino Real in Chicago.

Most touching rap was De Shield's description of his genetic heritage. His mother had wanted to be a chorus girl, his father to sing.  It was pointed out that they could not afford to follow their bliss.  De Shields says, "So, my parents deferred their dreams. Somewhere along the line, one of their children had to bear the x and y chromosome into which those deferred dreams were placed. That’s why I call myself lucky No. 9. I got that deferred dream from my father. I got that deferred dream from my mother.”

All three men in the rap represent the very best in their industry, the theater.  If we could all listen to them talk, we would better understand this trying period we are living in, when at last America is coming to grips with the racial divide.  Woodie King Jr. and his New Federal Theater have been at the forefront of theatrical revelations for half a century.