Encouraging Response from the Community 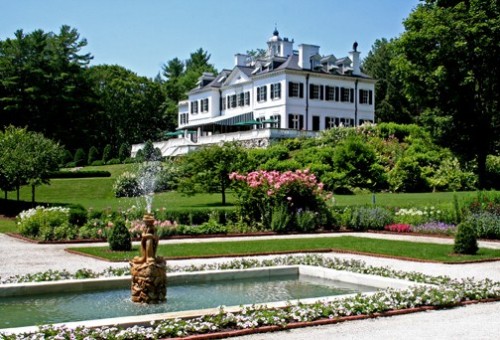 There has been extensive storm damage to The Mount.

The Mount, Edith Wharton’s country estate in Lenox, Mass suffered severe damage from last week’s record-breaking storm that dropped six and a half inches of rain over a five-hour period. Thanks to a quick response from the organization and financial support from the community, the damage to The Mount’s flower gardens and access road has, to a large extent, been addressed and the house has been able to reopen.

“The response from the community to this act of nature has been overwhelming,” said Executive Director Susan Wissler. “We’ve received over $25,000 in donations towards repairs, including a generous $10,000 gift from the Berkshire Bank Foundation. We estimate that the total cost will range between $60,000 and $80,000. We have launched an Emergency Fund campaign to help raise the needed funds as, regrettably, we do not have the excess cash to cover these unanticipated expenses.”

Crews provided by landscaper Ben Webster and fine gardener Laura Walton have been working alongside Mount staff since last Thursday to repair and revive the French flower garden and pathways in preparation for The Mount’s busiest months of visitation. The efforts have been very successful. “Thanks to Ben’s and Laura’s immediate response to our call for assistance, the majority of the perennials have been saved,” said Ross Jolly, The Mount’s facilities director. “The flower beds have been completely cleared of the rubble and the crew is optimistic that the soil pH levels are largely uncompromised.” In addition, the heavily eroded garden pathways have all been refilled and access to all areas of the property is now restored.

Once this initial stage of repairs is concluded, The Mount will address storm damage to other, secondary areas, re-stone and re-crown the entrance drive, enlarge culverts, and enhance its protective swales and berms. “We are determined to do all that we can, to make sure a disaster of this nature never happens again.” said Wissler.

For information about how to contribute to the storm repair emergency fund visit EdithWharton.org or call 413-551-5112