Legacy by Daniel Goldfarb at Williamstown 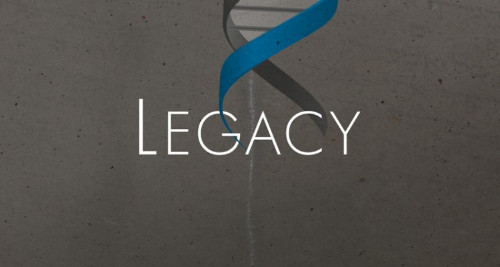 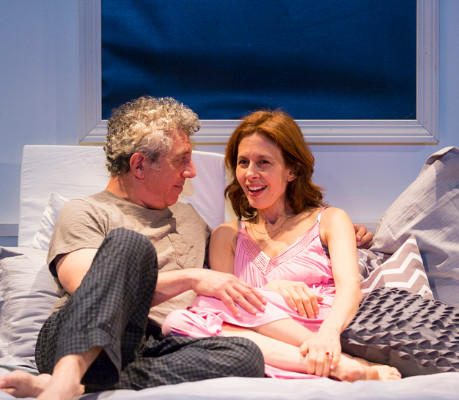 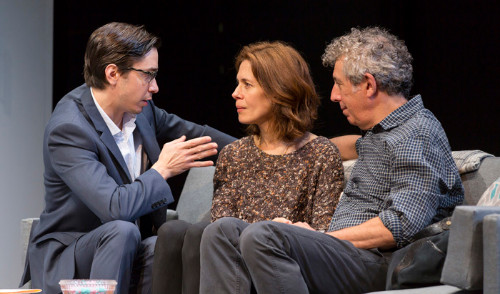 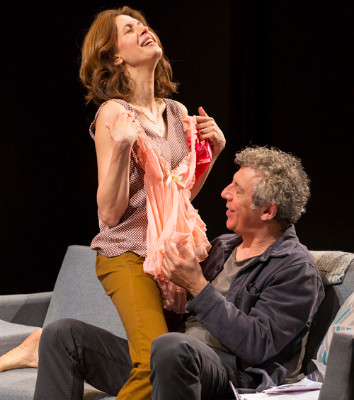 Putting some spice in their life. 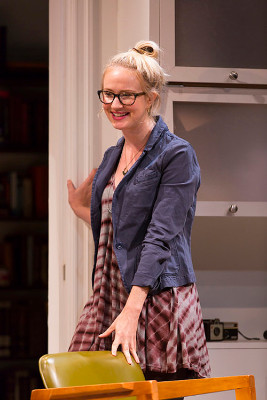 For the umpteenth time he has read a New York Times review which trashes his latest slim novel. It signifies that he is now over the hill on what has been a brilliant career as  a writer and professor. The novels paraphrase the experiences of his life which proves to be a plot point.

At this juncture his experiences and reflections are enervating to readers according to the Times reviewer. In his understated performance Bogosian is perhaps too much like the character facing his creative dead end. There isn't much spark left in the former firebrand known for portraying aspects of arrogance and smoldering inner rage. Yet again art imitates life.

Hey, it happens to the best of us. Trust me.

There are always younger, meaner and more famished wolves nipping at the heels of our fading success. The resultant doubt is the inner King Lear in all who strive to create.

For Neil, arguably, at sixty he is a decade too early but has reached that moment in our lives and careers when we focus on legacy. His novels, no longer current and topical, will face the judgment of time. The superstars of one era are the impoverished and melancholy of another. Most creators don’t survive long enough to enjoy a potential posthumous revival. What counts is the here and now. It can be devastating to be slipping into creative oblivion.

Depending on their success during prime years most folks can take the nest egg and move to Florida, AKA, God’s Waiting Room. They get to spend their final years in the sun playing golf, hobbling along the beach at sunset, and attending theater. Some of them drive at night.

It’s when for most folks the emphasis shifts to the grandchildren.

In a brilliant, at times hilarious, then alternately dark and poignant new play Legacy, by Daniel Goldfarb,  he has the mean spirited, egotistical and self absorbed Neil realizing that he has no issue. It’s the end of the line for the millions of years required to develop and define the DNA of a self proclaimed literary genius.

His younger wife Suzanne (Jessica Hecht) has a few eggs left but the clock is counting down to zero. I need a kid he proclaims to her. Over her reasonable protests, he insists, why not? We learn that Neil always gets his way.

Truth is she wanted children but in 17 years of marriage he talked her down. Instead of raising a family they would focus on brilliant careers. In the so called Spielberg Project she records the testimony of the last Nazi death camp survivors.

Why now, she reasonably asks, when bearing a child at her age is difficult if not impossible? Like everyone we encounter in this play, ultimately, she bends to his will.

His pigheadedness and ego reaches extreme, comic and sad manifestations before this roller coaster of an emotional, heart wrenching play comes to an ambivalent conclusion.

There is a lot to like and enjoy in smashing performances before we come to that train wreck of an end. This production benefits from truly gripping synergy between members of a terrific cast.

In pursuing the long odds of a natural pregnancy they turn to the absurdly comic Dr. Goodman (Justin Long). He appears star struck to be treating the wife of a celebrity author. He knows all of his books. In a departure from the norm he even hands over his private number with the reassuring line of “Call me any time.” She does.

Rounding out the quartet is Neil's brilliant graduate student, one of his best ever, Heart (Halley Feiffer). Much is made of the irony of her name.

Both husband and wife have deceived each other in the matter of Heart. Suzanne secretly solicited her to help sort out the mess of Neil’s slovenly archive of papers. Neil is shagging Heart when Suzanne is off taping those Holocaust memoirs.

One of whom is the grandfather of Dr. Goodman. How’s that for irony?

While Judiasm is a thread of commonality they are of the ultra reformed, liberal and gentrified persuasion. As Suzanne puts it the circumcision of their eventual son is catered by Zabar’s. She views the bris, by a female mohel no less, as more traditional than religious. During a discussion on the couch she makes a bagel with lox and cream cheese which they split. That's about the extent of their ethnicity.

Compared to other Bogosian performances here he is less sharp and punchy. In Legacy his signature chutzpah is evident but more internal and subdued. That makes him a more effective ensemble player as he doesn’t blow away the actors. Critics are debating whether this is a diminished performance or the result of the text of Goldfarb and direction by Oliver Butler.

For the most part Butler keeps the pace fast and zingy. There are a lot of laughs in the first act but the momentum gets slower and ominous as grim consequences cloud over producing the heir that Neil's faltering ego demands.

Compared to Bogosian in this new play Jessica Hecht is on top of her game. Charging the net in volleys with Neil, while caving to his demands, she routinely slams winners that send him sprawling. It's game, set, match for Hecht in this battle of the sexes called marriage.

We have come to know Hecht through nine seasons at WTF, as a Tony nominee, and numerous cameo roles in TV shows from “Law and Order” to “Breaking Bad” and “Seinfeld.”

In whatever role it is always richly satisfying to enjoy the work of a great actress and seeming favorite of casting directors. We last saw her at WTF as Blanche in a starkly different production of Streetcar Named Desire.

She is mesmerizingly brilliant and poignant as Suzanne. With an often Buster Keaton evoking deadpan face her comic timing has us falling on the floor. More than just deliver the zingers she evokes after shocks and nuances with little giggles, hiccups, gasps for breath or exclamations.

Hecht has developed and refined the ability to extend a laugh in the manner of a pool player, who, after taking the shot wills the ball to the pocket with Body English. Like vibrato in music she gives her lines finely tuned resonance. So much of what we enjoy in her performance is not on the page. In this production Suzanne is the most fully realized character.

As Heart, the graduate student in love with her professor, Halley Feiffer holds her own. Her exchanges with both Neil and Suzanne are sharply different yet entirely credible and cohesive.

When we see her in bed with Neil it is hilarious as she declares that his impressive johnson is the only part of him that isn't old. Now that she has come to know and care for Suzanne she demands that he keep their relationship a secret. He is known for writing about his life. Heart, under his influence, declares that their relationship is likely to show up in her work as well.

After a failed attempt to conceive, under the advice of Dr. Goodman, they seek a surrogate mother. In a heart beat (pun) she agrees to carry their child. That also entails moving into their apartment. That gets sticky with comic as well as dramatic possibilities.

There are, of course, complications which we won't reveal.

Yet again there are super production values at WTF. The neat modernist set by Laffrey is compact  but efficient. With the use of stage hands it is rapidly converted into the examining room of Dr. Goodman. In the sound design of Dan Kluger there are passages of classical music to mark transitions of scenes. The costumes of Jessica Pabst are simple and efficient. There is even a bit of Victoria's Secret lingerie when early on Suzanne hopes to reignite their lapsed passion.

She has no hint that Neil is getting it on the side. Well, actually, at the end of the play by then parents, she asks him point blank. He lies. But we know that it will surface in his next book. Hopefully a best seller.

This play feels like it has legs to be produced Off Broadway and in regional theatres. Between now and then it will take a bit of fine tuning. While still uneven it is the most fun I have enjoyed at WTF in several seasons. It had me laughing through tears.