The Cosmology of Classical Concerts 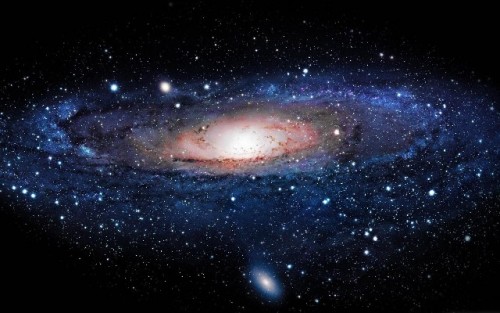 Looking beyond our musical universe into the deep space of unexplored music.

I have always had an interest in astronomy. As a teenager, I joined my high school’s astronomy club, subscribed to “Sky and Telescope” magazine, and with a 2 ½ inch refractor telescope purchased at E.J. Korvette’s discount department store, explored the craters of the moon and the fuzzy orbs of Jupiter and Saturn. My interest in the mysteries of the cosmos never waned, and 43 years later, in 2005, I composed my programmatic Eighth Symphony, subtitled “Music of the Spheres.”

This is a “golden age” for cosmologists, with new discoveries announced almost daily. Along with black holes, hyper-novas and the ability to track comets, asteroids and deadly gamma ray pulses, scientists are discovering planets in distant solar systems dozens of light years beyond our sun, some of which may be capable of sustaining life.

The most awe-inspiring aspect of modern cosmology is that astronomers now have a true picture of the mind-boggling immensity of the universe: how far we can see, and thus how old it is (the oldest objects are the furthest away). A few years ago, astronomers tried an experiment. They trained the Hubble Deep Field space telescope on an apparently empty patch of sky and let the telescope gather and process light from the region for ten days. What they discovered were the most distant galaxies ever found – some 10,000 of them, each containing hundreds of billions of stars. See for yourself: go online to hubblesite.org.

It was Edwin Hubble (1889-1953) who first realized that our galaxy, the Milky Way, was not all there is in the universe, but only one galaxy out of billions. His discoveries took us from the comfort zone of a familiar and finite universe to reveal that what lies beyond is infinitely more complex, mysterious and majestic.

Would that there was an Edwin Hubble for concert music, to illuminate what exists in the distant, apparently empty patch that constitutes the galaxies of music we never hear and don’t know exists; in effect, a seeker of outlying musical worlds.

Go to most concerts small and large, chamber and orchestral, near and far, and what you’ll find listed on the program is almost without exception music that inhabits the comfort zone of our own musical galaxy – the canonical masterpieces of Mozart, Beethoven, Schubert, Brahms, Dvorak, et al.

Is there anything wrong with that? Music lovers simply can’t get enough of these composers and the rest of the great masters, each having ascended to the heavens, where, vetted and venerated, they peer down upon us, like haloed saints in a 14th century Italian chapel fresco.

The trouble is, by sticking so close to home, we don’t know what we’re missing. The familiar masterworks have no context within the vastness of the un-heard galaxies of music.

Where is the sense of adventure in concert performance today? One place: It exists largely at new music “festivals” – events that specialize in a separated-out, left-of-center mentality of experimental or “cutting edge” music composed for young audiences seeking alternative fare and often infused with pop culture influences performed by new music specialists - definitely not for your Beethoven and Brahms crowd.

What I’ve described comes down to a “then” and “now” bifurcation of concert music: classical/conservative for seniors, “edgy”/radical for the young. Sounds to me something like the current state of our dysfunctional, take-no-prisoners politics. I think there’s a middle ground – in music, at least.

You can be an avid concertgoer and never once hear a string quartet or a symphony by such as Arnold Bax, Walter Piston, Roger Sessions, Vincent Persichetti, Vittorio Rieti, Peter Mennin or Ernst Toch; the piano sonatas of Dussek, Clementi or Griffes; the piano concertos of Hummel, Field, Tippett, Malipiero, Palmgren, Busoni or Lutoslawski… Never heard of them? The list of unperformed works by hundreds of obscure but worthy composers both old and relatively modern seems almost as numberless as the Deep Field galaxies.

I wish we lived in a musical world where the sense of adventure was greater; where venue programmers and performers took us regularly on exciting, distant, mysterious and dangerous journeys of discovery, illuminating the occult or at least the benignly unfamiliar corners of the musical landscape, rather then to tread the same ground concert after concert, season after season, and get out of our aural comfort zone.

It’s not novelties, though, we need to spice up a typically routine concert, but good, if not always great pieces, to lend variety to programs, and to enable deserving music to have its day in the sun, and for their composers to once again live.

Stephen Dankner is a composer, photographer and educator who resides in Williamstown. For a number of years he wrote features on classical music for a now ceased Berkshire weekly The Advocate. Currently he reviews music for I Berkshires.