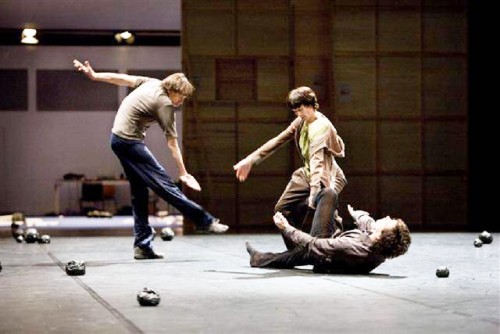 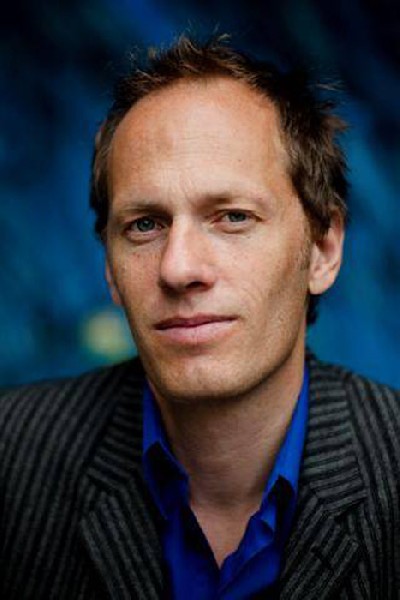 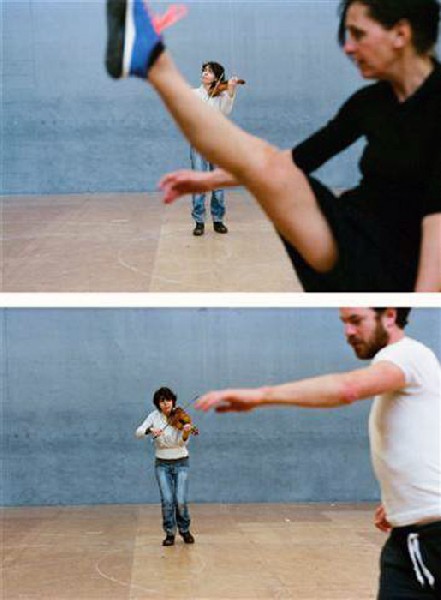 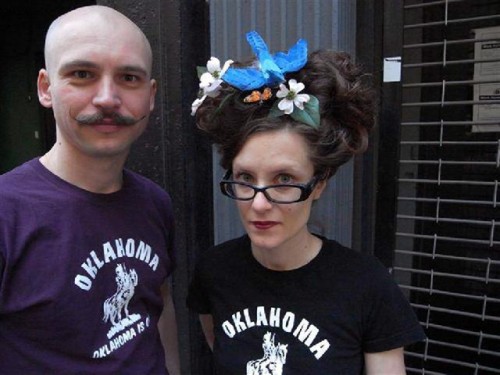 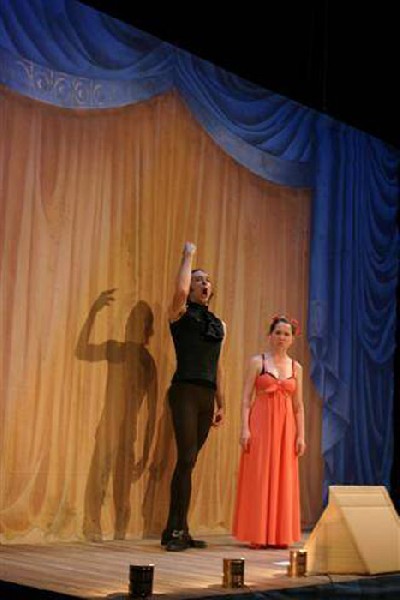 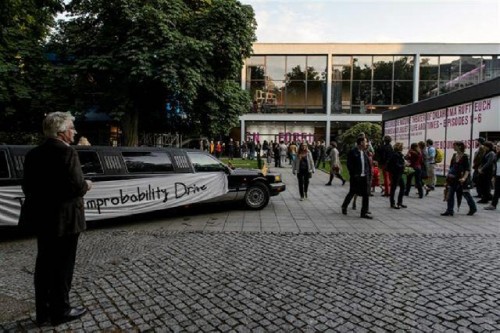 The Opening, with stretch limo to be auctioned off. Photo: Piero Chussi. 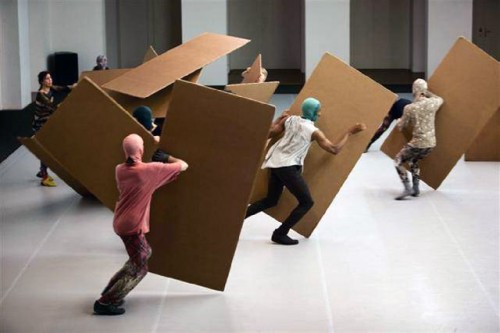 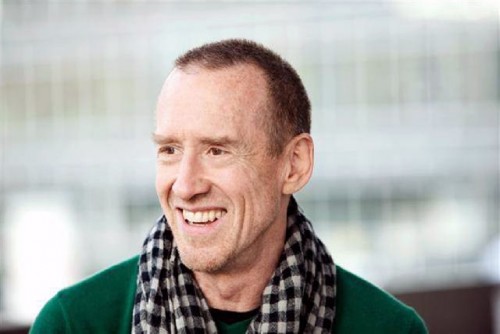 New, thought-provoking and impressively complex - these are adjectives that spring to mind about the incredible undertaking of Artistic Director Matthias von Hartz’ first issue of the theatre, dance, music and visual arts festival “Foreign Affairs” at the Berliner Festspiele, Berlin. For 3 weeks, from June 27 through July 14, the public is invited to participate, anticipate, question and enjoy the collaboration of the Berliner Festspiele with such major contemporary performance and art venues as the HAU (Hebbel am Ufer), the Kunstwerke (Institute for Contemporary Art), and the LOK (Lokhalle Schoeneberg).

“Foreign Affairs” is designed to break the boundaries of established art consumption, go further than accepted norms and find new ways of including the spectators into the process of interdisciplinary creativity. Thus, the festival building has not only been open for performances, but has offered programming and events from the early evening to late at night.  HAU is presenting New York City’s world-renowned Nature Theatre of Oklahoma for the duration of the festival on the premises. Here the group had a BBQ with the public, it will perform continuously, mix with the visitors, and ultimately present the Berlin segment number 6 of their ever-growing pivotal work “Life and Times” on July 10th.

Since the work of William Forsythe is one of the focal points of this year’s festival, Kunstwerke (KW) features films on and about the works of Forsythe. The festival opened on June 27th at the space LOKhalle with the giant installation “White Bouncy Castle,” created by William Forsythe and envisioned to have the public revert to the joy and mindset of more innocent times and then go on with an open/or puzzled mind to the performance of “Partita2.”

Whether this worked or whether the new Summer Festival of the Berliner Festspiele on opening night still seemed to be a somewhat “foreign affair” to many, remains unanswered as the surprisingly muted applause reflected. Even though Bach’s “Partita 2” was played dramatically on stage by violinist Armandine Beyer and was accompanied as a duet by the scions of contemporary dance, Anne Teresa de Keersmaeker and Boris Charmatz, it failed to excite the majority in the audience.

Better fared the stunning interpretation of “Romeo and Juliet” by the Nature Theater of Oklahoma. It was founded by Kelly Copper and Pavol Liska, Their trademark approach, interviewing regular people about issues, using the results verbatim and putting them into an artistic packaging has made them famous. It produced, as to the subject of Shakespeare’s Romeo and Juliet, hilariously funny results and received a more welcoming applause than “Partitia 2.” Two days later, there was again a tepid response to the first of six performances of the company’s “Life and Times” series.  Five of them are reenactments of extensive interviews conducted with an average middle-class woman on her life. The last one will be a work in progress based on the interrelations with the Berlin public.

The audience felt on safe ground for the first time with “I Don’t Believe in Outer Space” by William Forsythe. It enthusiastically welcomed the work that was performed in dramatic variations by the corps de ballet on a (fake) rock strewn stage. The simultaneously spoken comments by several dancers about life and death on this earth represent a new element in the repertoire of this illustrious choreographer. Yet to look forward to at a later day during this festival is the ballet “Sider.” It is touted as something of a complex puzzle.

Another focus of “Foreign Affairs” and sure to divide the audience will be an interdisciplinary project on the phenomenon of betting investigated through lectures, performances and installations. It includes the auctioning of a stretch limousine rescued from the desert sands after having been abandoned by an Arab potentate.

Music is another aspect of this amazing festival. Emika, a Berlin based musician was a big success.  She describes herself as “making pop, but with a hard edge, playing different sounds and intensities against each other." The band Notwist toured Europe successfully in 2012 and will find their fans among admirers of indie-rock, electronica, dub and jazz at this festival.

There are more presentations, mostly foreign as to their land of origin, always challenging, and chosen by Matthias von Hartz as to their potential of breaking the mold of traditional patterns and forms in the performing and visual arts. It is a gargantuan task taken on by the makers of “Foreign Affairs” and a promise for this and the coming years.