'Home on the Range' (Tanglewood)

Sing Along with Bryn Terfel 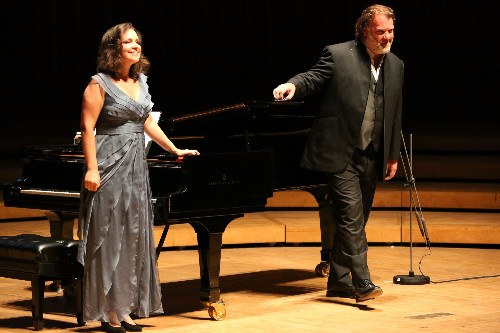 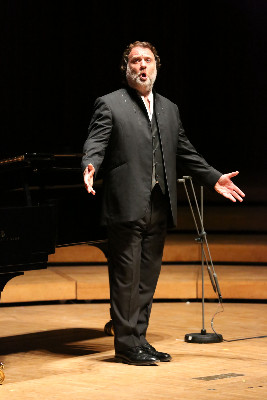 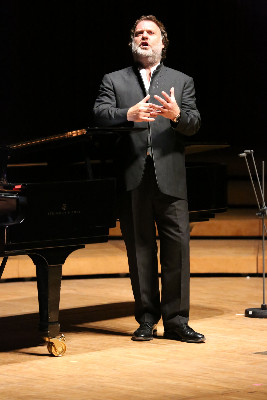 One of the world's most sought after voices, Bryn Terfel, returned triumphantly to a sold out audience at the famed Ozawa Hall, located on the grounds of Tanglewood (Lenox,Ma).

The packed house witnessed Mr. Terfel's Welsh humor, intertwined with his charismatic personality. The  'larger than life', world-renowned, bass-baritone, dressed in a black suit with a grey vest wowed the audience with a variety of songs, some singalong, some Welsh, some from the works of Debussy, Faure, Ibert, Meiron Williams, Bryan Davies, Schumann, Schubert and others.

Pianist Natalia Katayukova accompanied Mr. Terfel during the two hour performance. Unlike roles that Terfel is known for, especially his portrayal of Figaro and Falstaff and most recently his performance of the Wagner roles of Hans Sachs, Wotan and Der Fliegende Hollander, Mr.Terfel left the magic of costumes somewhere else and sang the concert sans costume and scenery.

It's not too late to hear Terfel's voice in an unstaged version of Puccini's 'Tosca'.