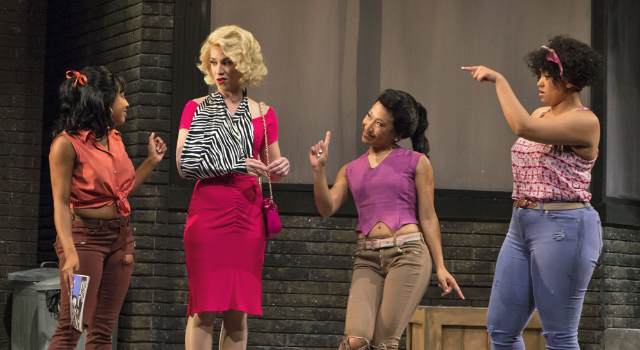 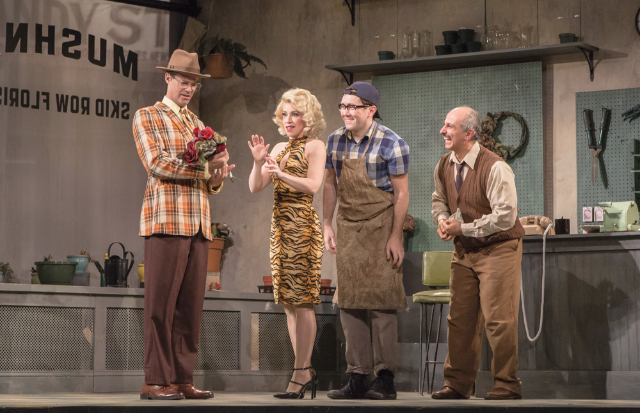 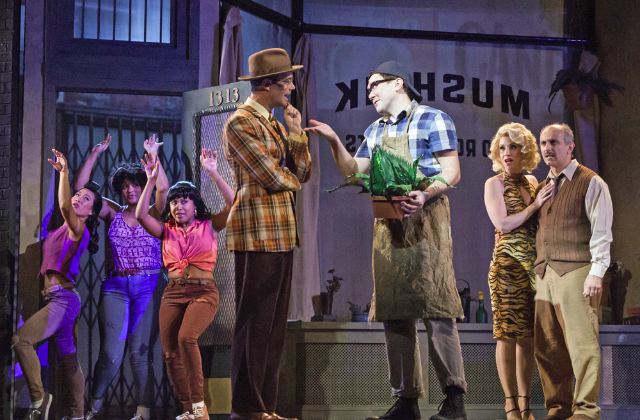 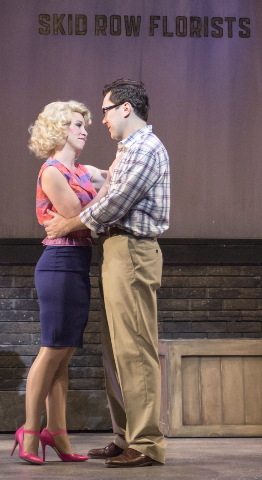 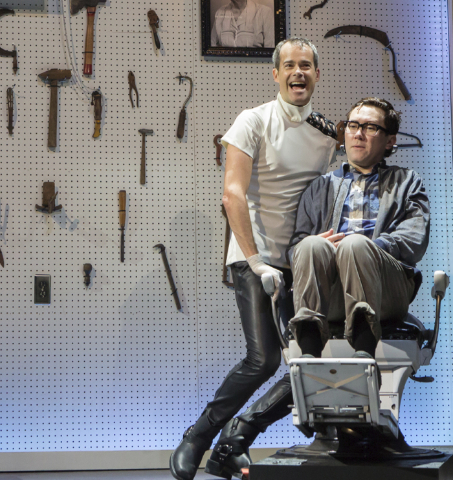 The wonderfully wacky musical comedy Little Shop of Horrors is the most fun we have had in a Berkshire theatre in a heck of a long time.

This perennial favorite is based on the low budget, 1960 cult film. The off-off-Broadway musical adaption opened in 1982 and has been devouring audiences every since.

It is usual to present the carnivorous plant as a puppet. The sublime invention of this production is that the ersatz Audrey 1I has morphed into an outrageous, campy drag queen played with outrageous sass by the truly remarkable Taurean Everett with voice by Bryonha Parham.

When the plant struts her stuff in an outrageous and inventive finale, trust me honey, you will fall out of your seat and roll down the aisle during a thunderous standing ovation.

The only bad thing to say about this production is that the fun ends on July 23. That seems terribly brief for the best show in the Berkshires which has the moves and legs to run from now to kingdom come.

Decades ago I first saw the movie and fell absolutely, madly, head over heels in love with that devastating whine from the plant “Feed me.”

In this version it gets a delicious twist as the insatiable plant devours first the terrible abusive biker/ dentist, (James Luwig), the florist Mushnik (Stephen De Rosa), Seymour’s love interest Audrey (Lindsay Nicole Chambers) and eventually the nerdy botanist Seymour himself (Stanley Bahorek) is lunch meat for the beast.

The action transpires in a down on its luck florist show with an improbable location on Skid Row. It is rather unlikely to sell roses to the neighborhood of drunks and bums.

But the rent is cheap.

Luck turns when Seymour, who has been experimenting in the back room, shows an exotic new plant to his boss. With an empty till and two employees  to pay Mushnik announces that he is going out of business.

Out of desperation they opt to put the exotic plant on display in the window.

There is an immediate result as a curious passer-by comes in and buys a hundred bucks worth of roses.

The plant, however, is not thriving. Seymour tries every variant of soil, and plant food. Nothing helps the swooning specimen. Until, that is, Seymour inadvertently cuts a finger. The plant it seems craves his blood.

With transfusions from Seymour the plant thrives. As does the curiosity of the media and public. Through all the publicity the phone rings off the hook as orders pour in.

This includes a call from the Tournament of Roses which will order all of its flowers from the shop. Seymour is thrilled that the deal includes two free tickets to the Rose Bowl.

All of which is great but the friggin plant is just getting ever bigger, more hungry and demanding.

With a terrific modular set by Reid Thompson we get both the bleak urban street and then a turntable spins to reveal the interior of a modest flower shop. A tenement building rises above with windows cleverly configured in the lighting design of  Oliver Wason.

There is a fifties feel to the production particularly with the ersatz girl group trio of perky teenagers down on the corner.

They frame the action and pop up, literally, from beginning to end. They observe the development in song while they function as an ersatz Greek chorus. These girls just want to have fun.

There are twelve songs in the first act and seven in the second. Where to begin, they are all wonderful.

Remarkably all of the characters are terrific singers. There is understated but adequate accompaniment by just five instruments dominated by piano and keyboard. It’s not a huge band but works just fine in this economical production.

With a cast of just nine this is a stripped down production but each and every character fits to make a tight and compelling whole.

But, OMG, a special shout out for that gonzo, over the top performance by Everett as Audrey II. The costume design by Mio Guberinic is flat out amazing. You go girl.

All of the actors were so wonderful that one quickly exhausts the usual superlatives. Let us just say that each and every person on stage was spot on.

And that finale! OMG! We won’t spoil the fun. Seeing is believing. Trust me honey, this is one hot little summer ditty that you just have to see for yourself.