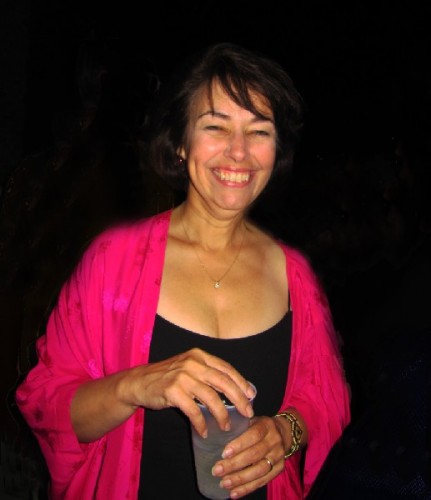 In the clear light of a Monday morning, after an intensely busy, high season, Berkshire weekend, from Tanglewood on Friday to Jacob’s Pillow on Sunday, we have further thoughts on the historic occasion of Tommy opening at the Colonial Theatre on Saturday night.

It is the first production by the Berkshire Theatre Festival on the main stage of the 800 seat Colonial Theatre. On many levels it was more than just the opening of another show during a busy season. It represents the dramatic reconfiguration of the playing field of Berkshire theatres that includes Barrington Stage, just up the street in Pittsfield, Shakespeare & Company on a sprawling campus in Lenox, and the summer program of the Williamstown Theatre Festival.  With three stages to program the newly formed Berkshire Theatre Group has the most seats to fill and  has moved up to number one and the pole position.

Now, with the Colonial, Berkshire Theatre Festival expands from three months to year round programming. It won’t work to have the Colonial dark during the dead of winter. That also meshes with the ambitions of Shakespeare & Company and Barrington Stage to expand their shoulder seasons. The hope is to build year round, local audiences, and not just depend on the high season influx of tourism.

We posted a review on Sunday before heading for Pillow. And read the equally upbeat  review of my colleague, Larry Murray, in Berkshire On Stage. The all important Berkshire Eagle review by Jeffrey Borak is yet to appear.

Because of a sell out with many patrons and VIPs a number of the media, mostly bloggers, were given the option of balcony seats on Saturday, or orchestra seats on Monday night. Because several preferred not to climb the stairs their important reviews will appear, at the earliest, tomorrow. That’s a significant number of reviews appearing near to mid week for a show that closes this coming Saturday. Even if they are all raves, which is likely, from a PR and marketing point of view that’s risky. Particularly in the most high stakes roll of the dice in the history of Berkshire Theatre Festival which was founded in 1928.

Accommodating VIP’s appeared to be a higher priority than assuring the usual press seats. Having late reviews has to impact the bottom line of ticket sales. Particularly in such a short run of a very expensive show.

Today, Don Aucoin of the Boston Globe, whom we presume had two on the aisle, filed an enthusiastic review which will hopefully generate ticket sales, at least from Boston readers who may visit this coming weekend. “ “The Who’s Tommy’’ is the first joint production by the Berkshire Theatre Festival and the Colonial Theatre since the two organizations finalized their merger at the end of May. It’s a pretty auspicious kickoff that generates waves of energy inside the Colonial, still a gem of a theater nearly a century after it was founded.”

Ain’t that the truth.

There are such complex and sensitive issues surrounding the merger that you wonder whether it should be covered on the arts pages or the business section. Going back a bit the venerable Colonial was renovated several years ago at a cost of some $22 million. It was a part of a strategy to transform Pittsfield from a factory town for the now mostly gone General Electric and a reconfiguration as an arts center.

When the merger between the Colonial and Berkshire Theatre Festival was discussed, less than a year ago, the Colonial was running in the red with dismal prospects for survival. While the similar Mahaiwe Performing Arts Center in Great Barrington is flourishing the Colonial was sinking on a formula of scatter shot, all over the map one nighters, and concerts by tribute bands, or recycled rock. Yuk. We rarely if ever were enticed to attend.

Just down the street Barrington Stage Company is thriving. While the Colonial this week, in a short run with a slim chance to build momentum, is hoping to sell tickets for Tommy, Barrington is doing brisk business for its longer run of the hit musical Guys and Dolls. On an artistic level the shows are equally superb but from a marketing and PR point of view the theatres are worlds apart.

To be fair, on many levels, Tommy is a test run for the merger. You have to take a spin to iron out the kinks. But with an 800 seat house to sell, year round, there is not much margin for error. If you create an expensive and ambitious product like Tommy, with the stunning star power of headliner, Randy Harrison, you have to give it the best shot to succeed.

Like, for cripes sake, the decision not to open in time for the Fourth of July weekend. With all those sold out shows of James Taylor at Tanglewood there was a pool of thousands of ticket sales for other theaters. They reported bang up box office sales including sell outs for Barrington and Williamstown Theatre Festival. Tommy might have had a nice slice of that pie.

When we asked about that during the opening of Moonchildren last week at the Unicorn, the smaller of BTF’s two stages, we were given vague answers about loading in, loading out, rehearsal schedules and Colonial bookings. Hey, couldn’t all that have been dealt with months ago?

During the after party on Saturday night we spoke briefly with Kate Maguire, the artistic director of the now combined Colonial and BTF, newly christened as Berkshire Theatre Group. She was soaring with the energy of a great performance and fabulous response from the audience.

Charles Giuliano Is this a game changer for you?

Kate Maguire A game changer? No, this is just walking forward. I don’t know what you mean by that. Tell me what you mean?

CG A lot on the table. A big investment.

KM It was all my artists finally getting a superb theatre to perform in. All of them. The set designer. The lights. OK. We can do this in this theatre. Heaven. Heaven, wasn’t it?

CG Why just ten days? Such a short run.

KM Because ten days, 800 seats. Actually, it’s 12 performances (with previews) at 800 seats. It’s more than we ever sold before. So we’ll see how this one goes. If it goes well we’ll do more next year.

CG Is there any chance of adding some days?

KM I don’t know. We’ll have to ask the actors. Hopefully if you are asking me these questions it’s because you think it’s successful.

CG Taking all those factors together why wouldn’t you have built in the time automatically?

KM Because I am a conservative woman. Who wants to make sure.

CG Yeah, but this is Vegas baby. Show biz. All in, high stakes poker. Put all the chips in the middle of the table.

CG I thought you were playing with house money.

KM Let’s see how it all goes.

CG How do you think it’s going to go? What was your gut feeling tonight?

KM My gut feeling was that was a good show. That was great artistry. Everything came together.

CG It was an incredible finale.

CG All those people up in the balcony up and cheering.

KM I know we had a feeling all along.

CG Some of us are senior citizens.

KM That’s me I just got my AARP card.

CG One of the ironies is that Tommy was born in 1940 so we are the exact same age. Years ago I saw Tommy performed live by the Who in the front row.

KM Wow. How did you like that last projection (of The Who)?

CG It was great. Astrid said…

Astrid Hiemer They looked so dufus.

KM (Laughing) It was fun.

KM We owe it all to them.

AH Where did all the young people come from in the end?

KM Apprentices and a part of our high school youth board.

CG What I find remarkable is that the book stands up so well after all these years.

KM The book is about a young child that gets abused. I don’t think that’s a story that’s gone away. Considering all the discussions about bullying. That one scene with Cousin Kevin, it’s a story that just keeps going. Unfortunately. And the other piece of the story is about forgiveness.

CG Thanks Kate for your time.