A Great Wilderness in Williamstown 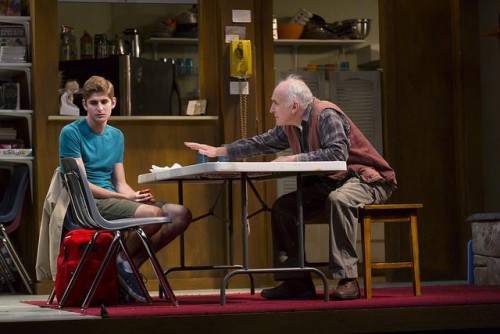 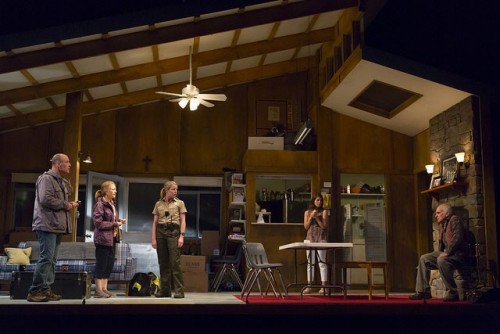 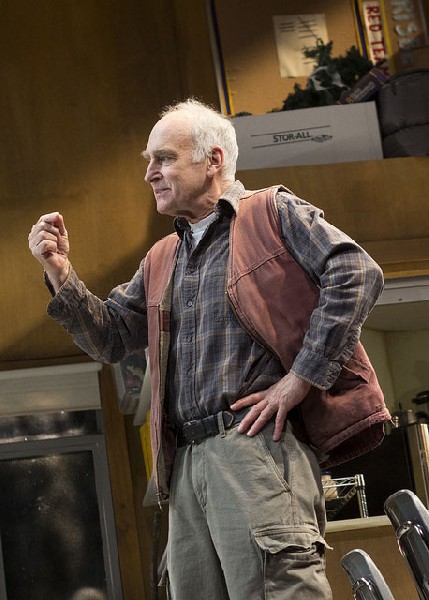 Walt is in the 30th and final season of counseling young men. 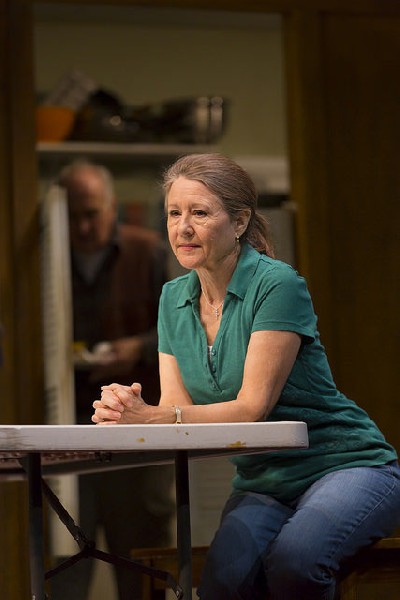 Abby divorced Walt because of a loveless marriage. 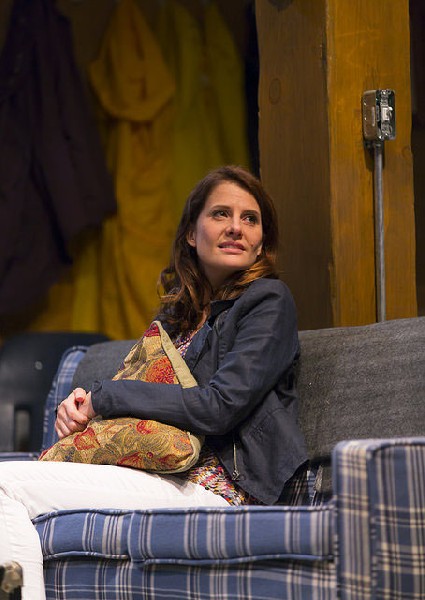 Eunice would rather see her son dead than gay. 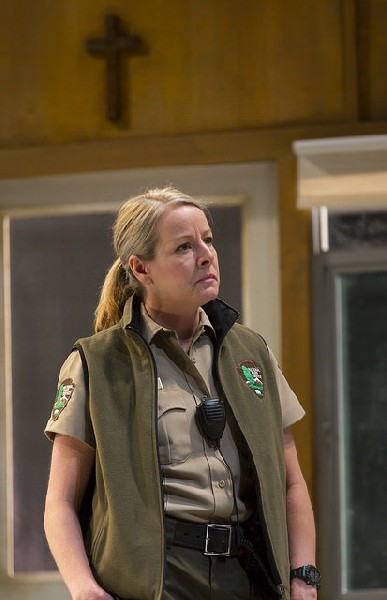 Launching the season on the Nikos Stage of the Williamstown Theatre Festival is a taut, riveting, thought provoking drama A Great Wilderness by Samuel D. Hunter.

When the marriage of Abby (Mia Dillon) and Walt (Jeffrey DeMunn) broke up for reasons that are a revelation at the end of this play she helped him to set up a mountain top program to assist young men confused by their sexual orientation.

Now thirty years later Walt is in his final season and packing to moved to an assisted living facility. Abby and her second husband Tim (Kevin Geer) have come for a visit to help with the transition. Walt hopes that they will continue his mission but she has other ideas.

Walt now on in age, indeed there is a less than credible gap with Abby, has taken on one more, six week client the teenager Daniel (Stephan Amenta). This doesn’t sit well with Abby as it complicates the new arrangements. There are other consequences that fuel the dramatic elements of Walt’s final days in the wilderness.

While the theme and content of the drama are never in doubt the approach of the playwright is understated and far from polemical. As events unfold we have to decide what to think of the issues presented. In that aspect the play is more complex and involving than a possibly more strident approach.

The driving force behind the action is a conservative Christian trope that homosexuality is a sin. This differs, as articulated in the understated counseling of Walt, from the medical/ physiological position that it is a treatable disease. Daniel is concerned about what Walt will do to him. He asks will there be aversion therapies involving electric shock?

This is a reference to the Pavlovian approach of curing gays by exposing them to pornography and then inducing electric shock and nausea. In this technique gays are reprogrammed in the manner that Pavlov trained dogs or Skinner experimented with pigeons.

In response to Daniel’s well founded apprehensions Walt is assuring that he just wants the youngster to feel safe. He offers food and a choice of rooms in the beautifully articulated cabin meticulously designed by Wilson Chin.

There are questions as Daniel had been packed off by his cold, Bible thumping, mean spirited shrew of a mother Eunice (Mia Barron). He has been sent off to yet another pastor who will attempt to save him from the fires of eternal damnation. For Eunice his orientation is a curse and offense against God. In a telling revelation later in the play she would rather see him dead than gay while stating that as a mother she would mourn and miss him every day of her life.

No, none of that Walt assures Daniel in their initial awkward interaction. They will talk and pray. He will listen and they will share time in nature as an allegory of God’s magnificence and grace. Daniel will be given the opportunity to talk through his confusion and find his own way through the power of prayer and faith.

He wants to take a walk and be alone. That’s OK with Walt but don’t go far. Perhaps he might get a cell phone signal up on the ridge. There is also a rather outmoded land line.

With layering of irony the boy, after a number of hours, is now truly lost. We assume both physically and spiritually.

Chaos ensues when Abby and Tim arrive and found that Walt’s single client is missing. An officer Janet (Tasha Lawrence) arrives to organize a search with often deadpan comments about dead or alive scenarios that induce grim laughter. The cold by then frantic mother, Eunice, arrives causing further emotional levels. She assures Walt that she will not sue. In fact she persuaded him to take on Daniel out of pure desperation.

While we were completely absorbed by this drama it wasn’t always easy to follow. The actors spoke with each other in conversational tones. We had less the sense of attending a play than intruding on a very private encounter. That created intimacy but also tested our limits of involvement and concentration.

Now and then out of frustration Walt had more audible outbursts. Particularly when bickering with Abby. She has real concerns that he might again fall and injure himself. What if he can’t call for help? With no regular visitors he could be in grave danger. She has made her own plans to sell the property to a church group which Walt despises.

At a key point of the drama while Walt and Abby argue Eunice is on the phone to the biological father of Daniel in an ugly exchange. There is also the noise level of the television which Walt finally demands that she turn off. For the audience it was impossible to sort out the cacophony which may have been the precise intent of the director Eric Ting.

We get that Hunter wants us to come to our own conclusions about a very volatile issue. Ironically, the night before seeing this play we watched a Frontline program about corruption and sexual abuse in the Vatican. It is an intense and complex conundrum which pervades our society destroying institutions like the Catholic Church and dividing family members.

In an underplayed role Tim asks Walt whether their program has done more harm than good. What has been the recidivism rate? How many of the now straight young men later married and had children but reverted to taking male lovers?

Not surprisingly a young man seated next to us was sobbing. Surely many audience members had uniquely different and personal responses to the play.

You don’t, however, get extra credit for good intentions. Whatever the content and intentionality a play must succeed as theatre. With a fine cast and superb production values A Great Wilderness needs sharpening and fine tuning. The director might start with having the actors turn up the volume and project into the audience.