See Them at Tanglewood on August 26th 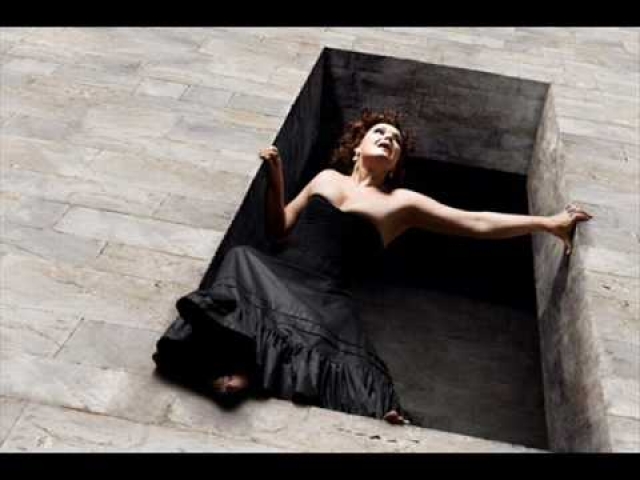 Those wanting to see the original conductor and soprano scheduled for the Metropolitan Opera's new production of Tosca should head to Tanglewood in Lenox, MA. on August 26. Conductor Andris Nelsons and his wife Kristine Opolais will perform Act II of the opera in a special opera gala at the Boston Symphony Orchestra's annual summer festival.

New York opera hawks are keeping a sharp eye on the Met's new Tosca which opens December 31, New Years' Eve as a replacement for the company's unloved Luc Bondy staging of the Puccini opera. The 2009 debut of that Tosca which starred Karita Mattila, was met with thunderous boos on opening night.

This new production by David McVicar leans conservative, with semi-realistic depictions of the opera's Rome locations, in the same spirit as the late lamented staging by Franco Zeffirelli last seen in 2006. Presumably, McVicar will recreate Rome on a slimmer budget, offering an "economy tour" version of the sights of the Eternal City.

The success of the Met's new Tosca is absolutely paramount for the opera house. In recent years, the company has faced criticism for budget and fundraising shortfalls, the cost of its Live in HD broadcasts, and has struggled to fill its cavernous house. Much of the blame has been placed on Peter Gelb, the general manager of the company who also holds the post of Artistic Director.

And like the Luc Bondy staging before it, this new Tosca has turned into a bloody mess. First, Opolais bowed out of the title role, followed soon after by her husband. They have been replaced by Sonya Yoncheva and Met music director emeritus James Levine, who made his bones at the opera house conducting Tosca in 1971.

Earlier this spring, tenor Jonas Kaufmann withdrew from this production after being announced to sing Cavaradossi. This marks the third such cancellation he has had at the Met in the last four years. Kaufmann, it has been speculated elsewhere, prefers to sing in Europe and avoid the pressured environment of the Met. His replacement is Vittorio Grigolo.

Sir Bryn Terfel, who sang Scarpia at the Met in 2010 in the Bondy production is the Scarpia in the Tanglewood performance, a replacement for the ailing baritone Dmitri Hvorostovsky. He is also confirmed for opening night at the Met. The Tanglewood concert will also feature tenor Russell Thomas as Cavaradossi. (Reprinted by permission of Superconductor).