The Mandate and Vision of Programming 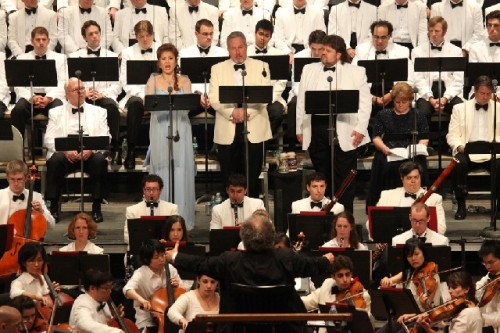 As James Levine conducted Wagner’s "Die Meistersinger von Nurnberg" the singers were placed behind the orchestra and in front of the chorus. BSO photo by Hillary Scott. 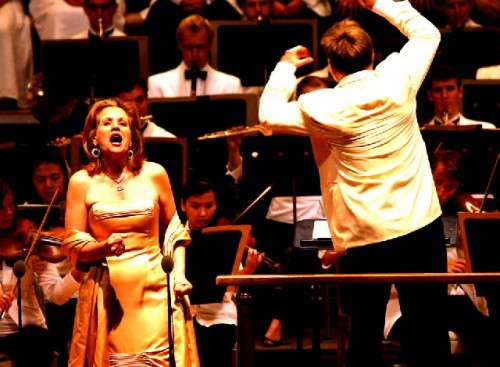 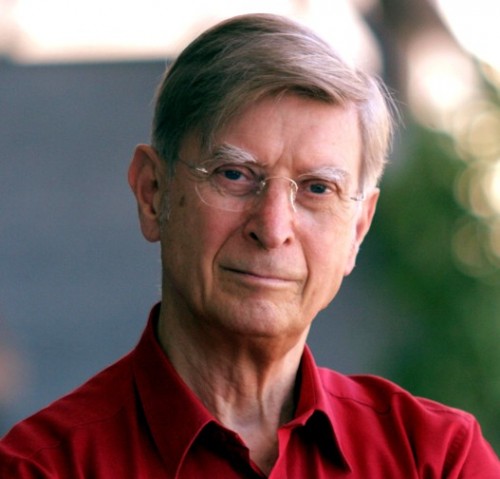 Herbert Blomstedt conducted a program of Nielsen, Beethoven and Brahms. 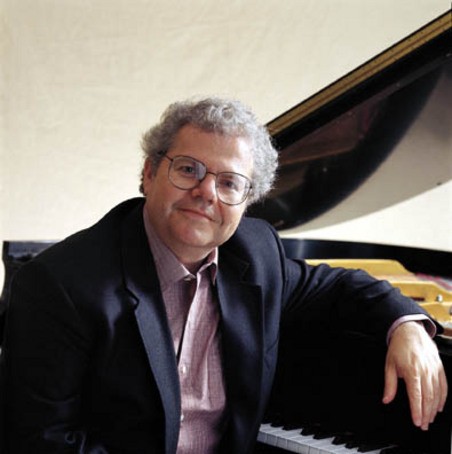 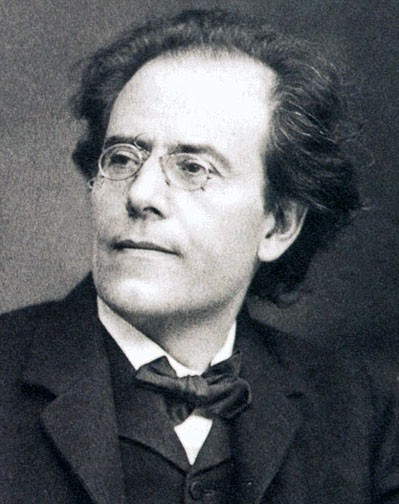 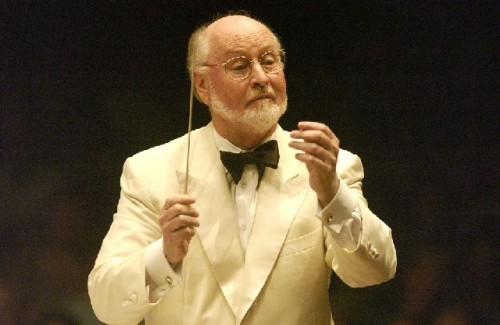 For this year’s Film Night John Williams will present a tribute to Warner Brothers. 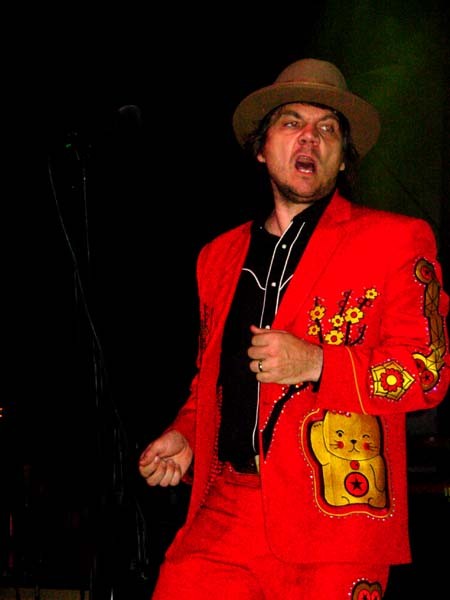 When Wilco blew the roof off the Shed it scared the willies out of the old guard. 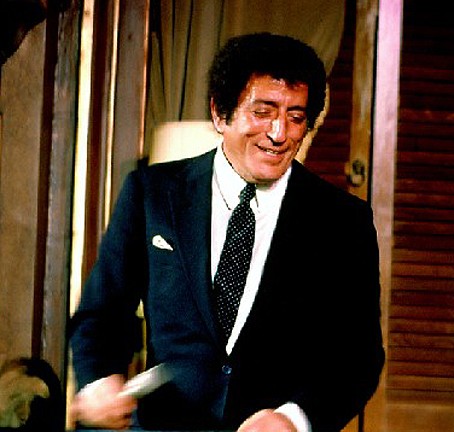 Although there is a range of guest conductors and soloists during the Tanglewood Musical Festival's season, with a great variety in the kinds of music performed including Pops and jazz vocalists like Diana Krall, and Tony Bennett, the dominant vision and mandate of the season reflects the artistic taste of the music director, James Levine. He has a particular passion for opera and a long tenure with the Metropolitan Opera.

The season last year opened with an ambitious concert staging of "Les Troyens" by Hector Berlioz. It was presented in an evening performance that concluded on Sunday afternoon. It was a bold statement that drew mixed reviews both from critics and the audience. In hindsight it may not have been the best strategy to open what proved to be a challenging season (gas at $4 a gallon, miserable weather, and a slumping economy) with an unfamiliar opera. As an artistic statement, however, it loudly proclaimed that audiences would be given, not what they want, but rather, what's good for them.

On many levels that's a remarkable and admirable strategy. It is important for the long term to expose audiences to important but neglected works and to expand the range of the music. Later in the season there was another concert staging of the opera "Eugene Onegin" by Tchaikovsky, featuring the sublime Renee Fleming, with a superb Peter Mattei in the title role. It was intended to be conducted by Levine but he left Tanglewood shortly after opening night to undergo surgery and did not return during the season. Sir Andrew Davis stepped in and conducted the opera in what proved to be a triumphant performance that delighted the audience.

There was continued risk taking with a week in which contemporary music is annually highlighted devoted to works by the then 99-year-old composer Elliott Carter. Again having this programming, which Levine intended to actively participate in, was insightful and courageous on every level. The music of Carter is certainly not accessible or popular. The audience that attended, however, was knowledgeable and for the most part greatly appreciative. It was poignant to have the composer in our midst to be greeted by standing ovations; largely for his cutting edge creativity and life achievement. Bravo.

Last week once again there was risk taking when Levine presented a stunning version of Stavinsky's "Rite of Spring." At was an aesthetic masterpiece but proved to be tepid at the box office. It is also a complex and expensive work to perform with its expanded orchestra and many exotic instruments.

But one also discerns the voice of management in the decision this year to present a broadly appealing all Tchaikovsky program on opening night. It was an enormous success resulting in a capacity audience as far as the eye could see. Last season there was another experiment, an evening of rock with the group Wilco. It tore the roof off the Shed but shook the blue noses into a snit and torrent of protest. The conservative hard liners, including  the classical critics who stayed home, launched screeds of protest.

A chorus of never again and mandates to stay true to the vision of Serge Koussevitzky resonated from the Berkshires back to the board room in Boston. What was not explored entailed how to insert more rock and jazz into the program, something for kids and a broader audience, and do it well. In true Tanglewood style. Yes, it's true, the Wilco fans did get fired up and a tad out of control. What a blast.

While Tanglewood appears to have closed the books on that discussion that does not appear to be the case at the Saratoga Performing Arts Center. That similarly scaled facility which presents ballet, opera and the Philadelphia Orchestra also has a long standing and prestigious jazz festival, as well as, gasp, performers like Bob Dylan and Bruce Springsteen. Enjoying those artists entails about an hour's plus drive from the epicenter of the Berkshires. Hey folks, why not here?

If Tanglewood can make a fetish of hosting James Taylor, its notion of a rock star, then why not Bob Dylan? Perhaps on a double bill with Elliott Carter as an opening act. Or Bob Dylan with strings and the John Oliver chorus. Or Dylan and the Pops. You get the drift. It just takes vision and imagination. The important point is to continue to experiment and build audiences for the future.

Last weekend we got a sense of the paradigm and mandate of Tanglewood as the "summer home of the Boston Synphony Orchestra." One of the great delights of a season is the opportunity to experience the work of a range of world renowned guest conductors. We had previously enjoyed an evening of Sibelius in the intimate Ozawa Hall conducted by Herbert Blomstedt.

On Friday night in the Shed he opened with Nielsen's "Helios" Overture, Opus 17. This was followed by the magnificent performance of Beethoven's Piano Concerto No. 4 in G, Opus 68 by Beethoven. There were many interesting surprises, flourishes and trills in the playing of the popular solo artist, Emanuel Ax. After intermission the program concluded with Symphony No. 4 in E minor, Opus 98. It was a superb evening demonstrating Tanglewood at its best.

On Saturday night we greatly anticipated a performance by the maestro, James Levine, conducting a massive concert version of Wagner's Act lll of "Die Meistersinger von Nurnberg." In addition to seven solo artists there was the huge Tangelwood Festival Chorus conducted by John Oliver. Rehearsing and staging such a work for a single performance is a truly epic undertaking. The audience greatly appreciated the performance with sustained standing ovations particularly for the magnificent singing of Johan Botha as the hero of the comic opera, Walther von Stolzing.

But, this is, after all Opera. It is meant to be presented on a proscenium stage. There is always a loss of that dramatic impact in a concert performance. I recall struggling through a concert performance of an opera by  LeoÂš JanÃ¡ček some years ago during Proms at London's Royal Albert Hall. This was before the era of Supertitles so I had no clue to the text and plot of the opera.

Given the limits of a concert performance there are at times attempts to give a sense of the dramatic action. A couple of seasons ago Tanglewood and Keith Lockhart performed "Carousel." The singers did indeed interact nicely in what proved to be a truly wonderful performance. It was interesting to compare this performance with full orchestra, truly a once in a lifetime experience, with a game and lively production this summer at Barrington Stage company. Barrington's singers were barely adequately accompanied by two less than grand pianos.

Last summer's "Eugene Onegin" did attempt some dramatic efforts by Fleming and Mattei. It helped us to imagine a staged performance. In this instance Sir Davis had them in front of the orchestra where they had some mobility. But this is not how Levine opts to present his singers who were placed behind the orchestra and in front of the chorus. There was more sense  that they were buried than featured. They just stood up while singing and sat down when not. There was little sense that they interacted with each other.

It proved to be a long evening, two plus hours without an intermission. That's a lot of Wagner without a break. Rewarded by those occasional, sublime, Wagnerian moments and a lot of in between. Exiting the Shed an elderly gentleman commented to me "And that was just one act. Can you believe it?"

Coming into the third weekend of Tanglewood promises to be just delicious. On Friday night, Levine will conduct Mahler's Symphony No. 6. One of the most anticipated annual events has been shifted from mid week to Saturday night as John Williams celebrates Warner Brothers during Film Night. On Tuesday one of the legends of jazz, Tony Bennett will perform in the Shed. With much more to follow.

WEEK 3 (JULY 17-22)
LEVINE'S MAHLER 6, MOZART, FILM NIGHT, HAMPSON, BENNETT
James Levine and the BSO reprise their powerful Symphony Hall performance of Mahler's Symphony No. 6, marking the first time the piece has been performed at Tanglewood by the BSO since Levine himself introduced it to Tanglewood in 1972 (July 17). The program also features Leon Fleisher performing Mozart's Piano Concerto No. 23. Levine returns on Sunday for an all-Mozart program featuring the composer's last three symphonies, Nos. 39, 40 and 41, Jupiter (July 19).

Boston Pops Laureate Conductor John Williams leads the Boston Pops and special guests in the ever-popular Film Night at Tanglewood, celebrating the legacy of Hollywood's Warner Brothers dynasty with thematic montages and film excerpts from some of the studio's classic movies (July 18).

Renowned baritone Thomas Hampson, who is currently devoting part of his career to an exploration of American music, offers a special Ozawa Hall recital featuring songs of Ives, Griffes, Carpenter, and Barber, with pianist Craig Rutenberg (July 22)
.
Jazz master Tony Bennett will sing in the Shed on Tuesday, July 21.