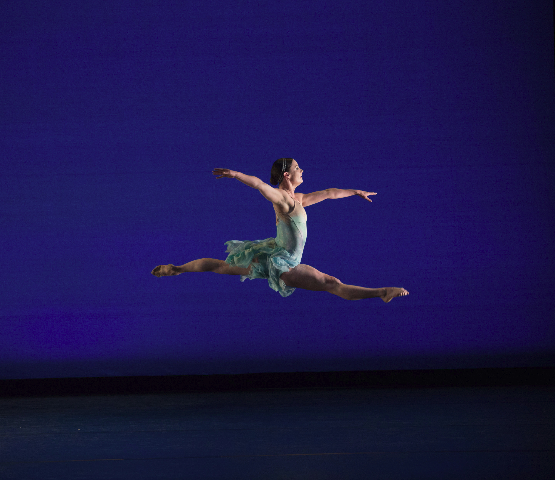 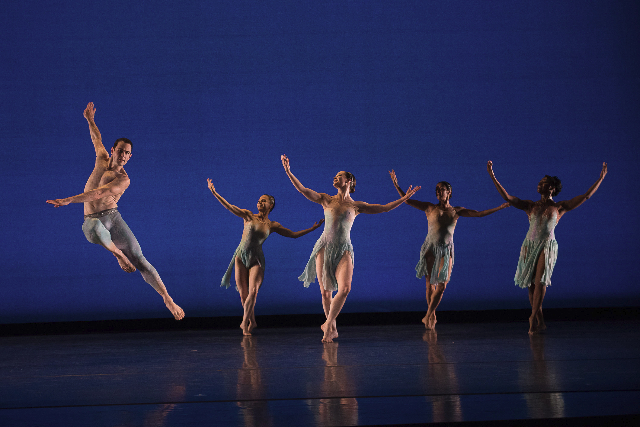 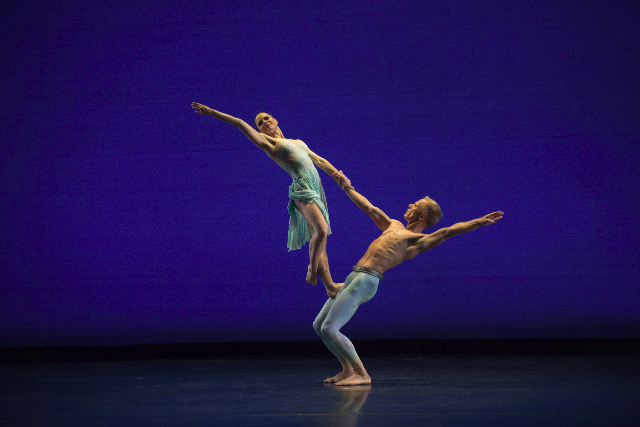 There were multiple layers to the historical and cultural resonance of the appearance of the Paul Taylor Dance Company during the 85th season of Jacobs Pillow Dance.

He first appeared on stage at Pillow in 1954 when he was a member of Pearl Lang’s Company. Taylor is now 86.  The Paul Taylor Dance Company made its Pillow debut in 1964 with Twyla Tharp among his dancers. The company did not return until 1978. There were regular appearance after that with a decade long hiatus after a 2007 appearance.

In recent years the company has performed annually at the Mahaiwe Performing Arts Center in Great Barrington.

Now in her second season as director of Jacob’s Pillow, Pamela Tatge, succeeded in enticing back Taylor and his company for their 17th appearance.

For this special occasion she requested a three part program of his “greatest hits.” There was much to enjoy in revisiting three masterpieces in the canon of American dance.

With a grounding in classic music and inspiration two of the three selections- Airs (1978) and Esplanade (1975)- highlight the manner, invention and style of how through George Balanchine, there was an eliding of European and particularly Russian rigor and disciple, with an American sense of freedom, invention and expression. In so doing Taylor established a form and style that enormously influenced an unique conflation  into an American classical/ vernacular.

The fulcrum of a very classical program was the energetic and for its time, exuberantly inventive work Sysygy (1987). Set to music by longtime Taylor associate, Donald York, most critics praise the dance but diss the music. Nothing seems to dull faster than the cutting edge. While progressive back in the late 1980s many of its elements seem readily familiar in the context of advanced contemporary dance. As a signifier of these developments, however, the insightful, energetic, fun piece was far out man.

Set to music by G.F. Handel the opening work, Airs (1978), was unabashedly beautiful. The costumes designed by Gene Moore provide graceful, feminine skirts for the women with tights and bare chests for the men. There was flagrant eroticism but all quite heterosexual.

While the dancers were unshod the movement and elegant restraint evoked ballet. The posture was erect with arms broadly extended in sweeping arcs. This must have been particularly evocative for audiences used to the vocabulary of ballet seeing it elided and gently evolved into classicizing post modernism. It evoked the legerdemain and magic of being both traditional and freshly contemporary.

Given the gentle, probing conservatism of that approach there was a real aesthetic jolt  fast forwarding a decade with the wild exuberance of Syzygy from 1987. The dancers in titubating clusters were all a jitter and shake with edgy, harlequin-like, patchy costumes by Santo Loquasto.

The title of the piece derives from meteorology describing unique weather phenomena when the earth, sun and moon are in alignment. The piece is both wild and chaotic as well as remarkably controlled. In hindsight it is interesting to revisit Taylor in breakout mode.

For critics and audiences Esplanade (1975) is most often described as his most beloved dance and a masterpiece.

Set in five movements to two Bach concertos in some aspects it is as generic, vernacular and stridently American as the dances of  Martha Graham or Agnes DeMille’s Rodeo.

The dancers are costumed in orange and red outfits, by John Rawlings, evoking the street clothes of teenagers. In the plot of the dance a girl is seemingly running for the bus. She is likely late for school.

This is echoed by the company in what become a day in the life with the theme of boys and girls wooing and rejecting each other.

There is even a passage of pathos as the women move in hunched over, pained postures.

There are pairings and groupings as well as the eventual emergence of a single dominant female soloist who lacks a partner. That introduces a tipping point of tension that scrambles the notions of pairing and symmetry. In the musical chairs of romance someone is always missing a seat.  Disharmony, chaos vs.  order seem to be consistent tropes for Taylor.

This dance has some famous surprises. It is spectacular when a woman races across the stage leaping into the arms of a man. But this singular event is then cunningly mutated as it is repeated with other couples. That evolved into arrangements of attraction and rejection. Literally, the young hormone charged dancers can’t seem to get comfortable with each other. It’s this distillation of opposites than makes the dance so deliciously sweet and sour.

There is another iconic moment when a single female dancer plays hop scotch jumping between and over the legs of a row of supine dancers. It is an isolated image often used to illustrate the dance and Taylor’s company.

As the dance develops there is a frenzy of dancers flying into the wings and dashing in vectors across the stage. There are many variants on this and then, as a finale, a  dominant dancer alone on stage with an embracing. smiling gesture to the audience.

It is a stunning moment that never loses its impact, surprise, and delightful charm.