Fondly Do We Hopeâ€¦Fervently Do We Pray 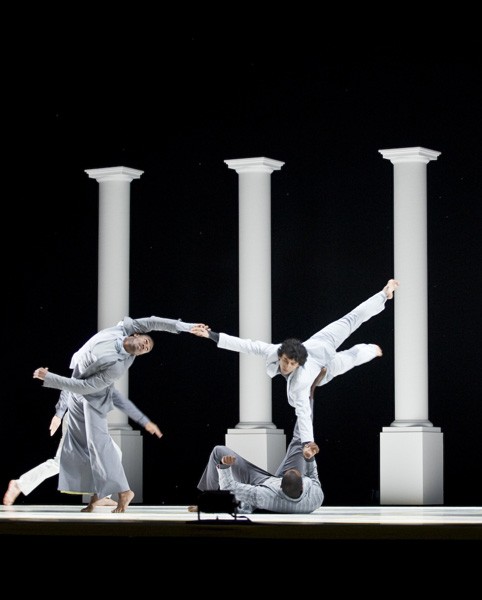 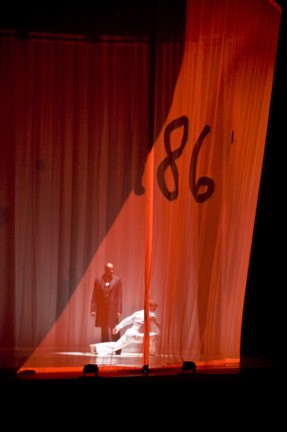 An image from the production/

The life and legacy of Abraham Lincoln and the subjects of race, war and slavery are explored in Bill T. Jones’ newest dance theatre work, Fondly Do We Hope…Fervently Do We Pray. This highly-charged, multi-media dance theatre work explores the historical themes of Lincoln’s presidency and how those issues reverberate in today’s political climate. The groundbreaking work, fresh from its performance at Lincoln Center, will be presented by the Bill T. Jones/Arnie Zane Dance Company at SPAC on Wednesday, July 28 at 8 p.m. in the Amphitheatre. The performance will be preceded by a 7:30 p.m. Pre-Curtain Talk from the stage. Tickets and more information are available at www.spac.org

Bill T. Jones, who recently won a Tony Award for Best Choreography for his current Broadway hit Fela!, will offer insights on the concept and development of Fondly when he visits Saratoga Springs on Friday, July 23. Jones will present a Personal Talk at 6:30 p.m. at the National Museum of Dance. The Talk is free for ticketholders to the July 28 performance of Fondly; cost for the general public is $5. Seating is limited; to reserve a space contact Deanna Gras at the SPAC Box Office at dgras@spac.org

“The opportunity for SPAC to present Bill T. Jones’ powerful dance theatre work on Abraham Lincoln is tremendously exciting. SPAC is among just a handful of US venues presenting this riveting, thought-provoking work this year. Audiences will be captivated and challenged by Jones’ examination of Abraham Lincoln’s life and legacy, and his impact on our present day political and social environment.  History buffs, political observers, arts lovers and anyone who appreciates excellence and creativity will not want to miss this once-in-a-lifetime opportunity,” said Marcia J. White, SPAC’s President & Executive Director.

Fondly Do We Hope…Fervently Do We Pray, which takes its title from a line in Lincoln's second inaugural address,  investigates key moments from Lincoln's life, including his romance with wife-to-be Mary Todd, his grief over the deaths of two children, his guilt over war dead and the Lincoln-Douglas debates. The work also reveals through Jones' lens, the great distance between what is and what could have been, if Lincoln had lived to complete the Reconstruction. The Chicago Sun-Times described the work as a “breathtaking collage of language, movement, music, light, imagery, meaning and emotion.”

Fondly does not follow a linear narrative. References to historical events are connected to contemporary political and social issues. Expressive dance is juxtaposed with singing, live music, luminous video projections, elaborate staging and text drawn from Shakespeare, the Old Testament, the poems of Walt Whitman, and Lincoln’s own words. On stage, the performance is intertwined with video art by Janet Wong, a striking set by Bjorn Amelan, and an original score, performed live. Tickets for the Wednesday, July 28 Bill T. Jones Fondly Do We Hope…Fervently Do We Pray performance are $40. Tickets are available on SPAC’s website at www.spac.org, by phone at 518-584-9330 or in person at SPAC’s Route 50 Box Office.