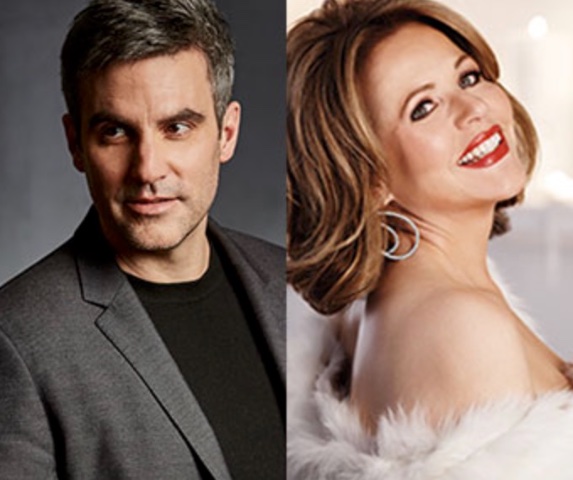 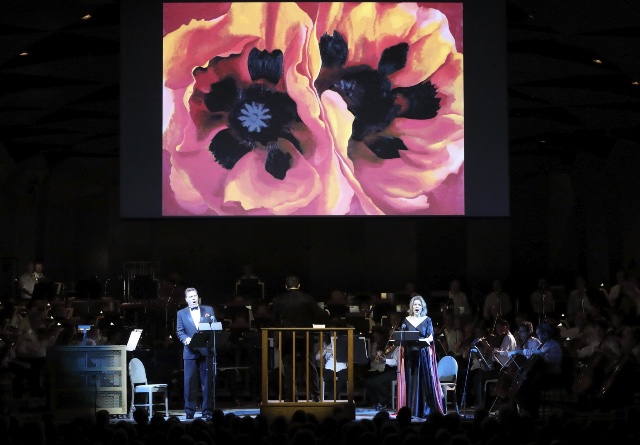 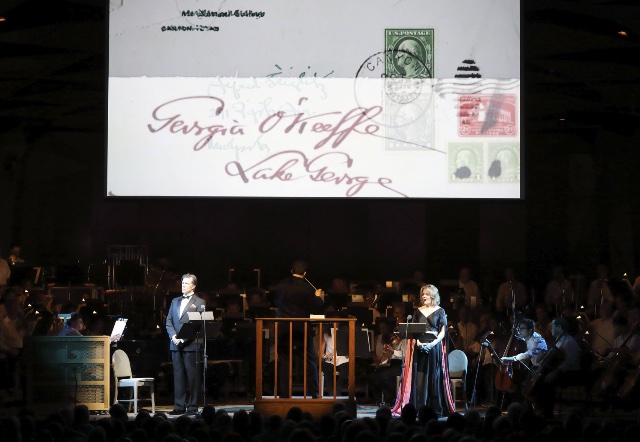 Composer and librettist Kevin Puts dramatized the letters of Stieglitz and O'Keefe in his Brightness of Light.

Iconic images on screen, in singing and in the orchestra.

The Brightness of Light by Kevin Puts had its world premiere at The Shed at Tanglewood.  Rod Gilfry, baritone, and Puts' collaborator Renee Fleming, sang the baritone and soprano roles of Alfred Stieglitz and Georgia O'Keefe, who were married for twenty-two years. Often living and working in different parts of America, they corresponded. Puts scoured the correspondence to develop an arc for his orchestral song cycle.

Puts is a gifted composer for the human voice. His operas Silent Night, for which he won a Pulitzer Prize, Manchurian Candidate, and Elizabeth Cree are rich with melodic line and music which both reflects and drives character.  Yet in his operas, words often dominated and left little opportunity for Puts to display his special feeling for orchestration.  Becoming his own librettist, we now have an orchestral introduction and two orchestral interludes in which Puts draws as strong a portrait of his characters as they do in paint and on film.  We are swept into their world, and particularly the world of light which both artists used from original points of view.  Puts now gives us light in music.

The photographer and painter meet and are drawn to each other.  Their intimacy is portrayed in interwoven melodic lines.  As sung by Fleming in her wide range with lush tones, O'Keefe comes to life as a woman obsessed by her art.  Rod Gilfry makes a wonderful Stieglitz.  He is captivated by O'Keefe's work and then the woman herself.  He gives up his marriage and joins O'Keefe, but cannot be faithful.  She is hurt, and turns to the Southwest, to Abiquiu, New Mexico and Ghost Ranch. There she lived and worked. her husband thousands of miles away.

Puts captures O'Keefe's femininity in vibraphone and woodwinds.  Stieglitz's character has a rougher, more complicated touch.  His privilege is undermined by attraction to O'Keefe, who makes him feel alive.  Dorothy Norman would arrive on the scene and monopolize Stieglitz. O'Keefe may have met her once. She certainly knew about her. In pain, O'Keefe turned away from Stieglitz  to her own work as salvation. All of this Puts weaves together in the words of the letters, beautifully shaped to tell the story. All the more powerful is his orchestration of the relationship.

Puts' has a special feel for texture.  He can be delicate with chiming phrases and repetitions.  He has a cumulative power which naturally becomes grand.  Drumbeats drive.  Deep double bass notes enlarge.  Instead of underscoring the singers, he embeds them in his orchestral drama.

This powerful work was preceded by Edward Elgar's Enigma Variations.  In them, Elgar portrayed many characters, including himself, in musical portraits.

We hear the devotion of a husband and wife, a man with a rather pompous way of speaking, a dog cavorting in the river, a trusted friend, a dainty little girl and a society lady on board ship. Elgar is very much the orchestrator.  He lets his characters live in his orchestration, including, of course, the famous Nimrod, the nickname of his beloved publisher.  Nimrod is often used at solemn occasions.  Hans Zimmer appropriated it in his score for Dunkirk.  The yearning of the musical line draws us in.  Puts does this too.  The yearning of his two characters, for each other and then for the work, is noted with excruciatingly lovely phrases.  The lines also have tension and exuberant leaps.

While Elgar is often described as the ultimate Brit, his voice is very personal.  Puts speaks about honoring his own voice.  This new work gives us a deeper sense of the composer than we have had in his previous operas.  Two large characters give an intimate work the sense of an epic.

Elgar's music was appreciated by audience and critics alike.  Puts gets the same deserved response. He is in the forefront of classical composers in this country.  The Boston Symphony Orchestra co-commissioned this premiere.  Under conductor Andris Nelson's baton, the orchestra performed a memorable evening of music, tried and new.