Buyer and Cellar at Miracle Theatre

One Man Show in Coral Gables 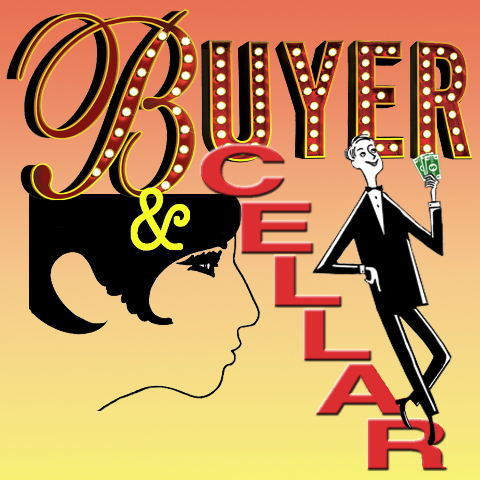 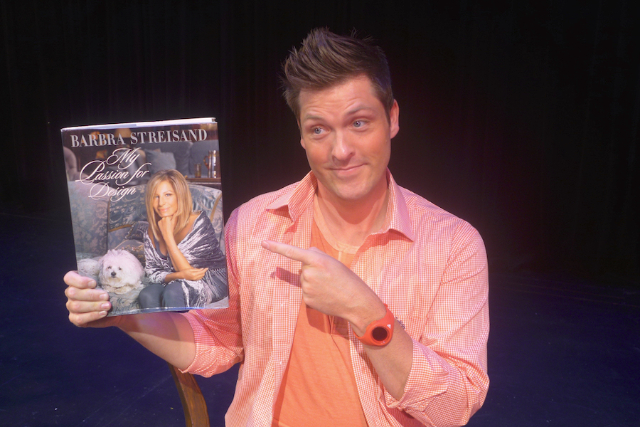 Have you ever awoken from a dream that seemed too good to be true and contained unusual developments? You woke up, shook your head slowly and wondered “How did that ever sneak its way into my subconscious?

It all must seem so surreal to one of its main characters, Alex More – kind of like winning the “Hamilton” lottery, getting a backstage pass and having the chance to schmooze with its author and former star, Lin-Manuel Miranda.

Only More gets much closer to the mega star in question in “Buyer & Cellar,” a one-person whirlwind of a play on-stage through Aug. 7 at Actors’ Playhouse at the Miracle Theatre in Coral Gables, a suburb of Miami.

You see, Barbra Streisand is in this original and highly entertaining play – sort of, although you believe she really is, judging from the electrifying, hyperventilation-defying, incredible performance from award-winning actor Chris Crawford. He plays a handful of characters throughout the roughly one-hour, 45-minute play with no intermission.

During the production, the obviously perspiring actor deservedly takes several gulps of water. Even so, you marvel at how he manages to drum up such stamina to be on stage, non-stop for 105 or so minutes straight with few pauses. Is he breathing, we wonder?

Crawford tells the tale as though he were enthusiastically relating it to a group of close friends – exactly how Tolins wanted, based on notes he wrote in the script.

During at least one performance, Crawford responded more than once to an audience member’s reaction, demonstrating improvisational skills. It beautifully demonstrated how, in live theater, the audience’s reaction affects the actors, whose responses, in turn, affect the audience and so on.

“Buyer & Cellar,” winner of the 2014-2015 Lucille Lortel Award for Outstanding Solo Show, is based on Tolins’ “peculiar premise,” as he wrote in “The New York Times.”

A struggling L.A. actor, More, finds himself working in the “shopping mall” in the basement of Streisand’s Malibu, Calif. home.

That’s right; there are, reportedly, different “stores” in the singer/actress’ basement comprising Streisand’s vast collection of things she’s bought over the years. That’s a fact. The story about More working there is fiction.

Tolins had heard about the “shopping mall” after his husband brought home a copy of Streisand’s 2010 coffee table book “My Passion for Design.” The book enlightens people about the star’s Malibu home, which had been under construction for many years. Tolins became interested in the home, but he was most fascinated by “a street of shops built solely to display Barbra’s collections,” Tolins wrote in his “Times” article. There’s Bee’s Doll Shop, a “gift shoppe” and an antique clothes boutique, among others.

Search Wikipedia, and you’ll find an entry for the “Streisand effect,” an attempt to keep under wraps a piece of information – an attempt that ultimately proves unsuccessful. It’s named after the star’s 2003 attempt to suppress pictures of her Malibu residence. Problem is, the opposite happened. People become more aware of the home.

Luckily for theatergoers, the Streisand effect did not keep Tolins from hearing about the Malibu home, and its “shopping mall.” His strange but unusual premise: What if a struggling actor got hired to work in the “mall?” What would it be like and would Streisand be a customer?

“A customer!” More exclaims when, in the play, Streisand comes down in the basement.

The line “A Customer!” is borrowed from Mrs. Lovett, a main character in Stephen Sondheim’s revenge musical thriller “Sweeney Todd: The Demon Barber of Fleet Street.”

Still, “Buyer & Cellar” is an original, witty, delicious theater piece with plenty of pop cultural references that will cause audience members to nod in familiarity while laughing.

“Look, before I sign anything, you gotta at least tell me who I’m working for,” More tells Sharon, the Streisand residence house manager.

More than addresses the audience.

“Sharon sighed and looked at me with a mix of conspiratorial wonder and fear of what lies ahead, the way Judi Dench looks at James Bond,” he tells us.

Crawford invests More with a euphoric enthusiasm, telling us the character’s story with such verve, you fear he’ll hyperventilate. Crawford smiles, conveying a free-spirited, charming, fast-talking, likable man who’s had something extraordinary happen to him.

Crawford, sporting a salmon-colored sweater under a similarly colored shirt, suddenly but seamlessly switches characters. Take his convincing portrayal of Streisand, which never becomes an attempt to mimic her. He cocks his head a bit to the side, pulls on one side of the sweater to fully cover the front of his body, leans back to stand taller and raises the pitch of his voice. Out comes Streisand’s signature “Jewish mother,” New York-accented voice. Crawford nails Streisand’s emphasis on the letter “D” at the end of words and his voice conveys a mixture of eccentricity and a sense that Streisand’s kind of a socialite.

The contorts his face, as though it’s one drawn by caricaturist Al Hirschfeld. If the portrayal’s a bit of an exaggeration on how Streisand gestures and talks, that’s not a bad thing. It adds to the humor; people familiar with Streisand will get a kick out of the exaggeration, just like so many have grown fond of Hirschfeld’s exaggerated drawings of famous people. Besides, if you conduct a Google search on Streisand, you’ll often find the word “myth” in the results. It makes you wonder: Who is Streisand? The humanitarian, liberal advocate we think we know or a self-loving diva who can be cruel? Or a little bit of both?

In the play, Tolins tries to show the private peculiarities of our favorite stars. Tolins has gentle fun with such stars, trying to suggest they can be particular, narcissistic and value material possessions more than their fans value them.

But behind that outer appearance, there’s a loneliness and perhaps melancholy that comes with being famous. Fame isn’t all that it’s cracked out to be, the playwright suggests. Tolins nicely conveys the vulnerabilities perhaps hidden within Streisand.

Despite any loneliness or hard upbringing Streisand may have experienced she won’t get the sympathy of More’s boyfriend, Barry. Tolins includes Barry, a failed screenwriter, to illustrate the cynicism some harbor against those who’ve reached the top.

Crawford’s voice rises in volume and sarcasm drips from his mouth as he takes on the role of Barry.

To portray Streisand’s house manager, Sharon, Crawford speaks with a scratchy, gruff voice, suggesting a woman who’s smoked a bit too much and is easily irritable and short with people she doesn’t know.

Crawford also plays Streisand’s husband, James Brolin. When he does, Crawford stands tall and speaks in a deep, polished voice.

Lighting designer Eric Nelson employs several bright colors, which lend an elegance to the atmosphere and contrast nicely with the black backdrop. That dark backdrop can stand for the loneliness More feels until you know who descends the stairs and enters the “shopping mall.”

It’s unclear about the significance of the salmon-colored outfit Crawford wears NS was designed by Ellis Tillman (why that color?) However, like the lighting, the color provides a nice contrast to the blackness in the background, which suggests the dark basement.

Gene Seyffer’s scenic design is simple, with stairs suggesting paths to and from the basement. Chairs and tables comprise the rest of the set. Its simplicity allows us to focus on the story.

In this day and age of technology, theater companies are increasingly using projection. Sometimes it’s a useful tool, such as when a movie Streisand acted in is mentioned. Seeing the billboard can give audience members a recognizable visual image of the movie they might have seen a long time ago. Other projections, such as those of Streisand’s home, are unnecessary.

Live theater asks audience members to use their imagination. In a production with such a sparse set, it seems out of place to employ detailed projections. And do we REALLY need to view a picture of a traffic jam in southern California when More mentions the trip from the city to Streisand’s home will long  because of heavy traffic?

“Buyer & Cellar” is, for the most part, an escapist play, one which allows us to forget our troubles and enter the world of a fun, quirky comedy. But we’re asked to think just a bit as well.

Are dreams of working closely with a celebrity sometimes better just left as dreams? Does it come with too steep a price? Is living the life of a celebrity really all glitz and glamor? What do we value most in life and is it worth reconsidering.