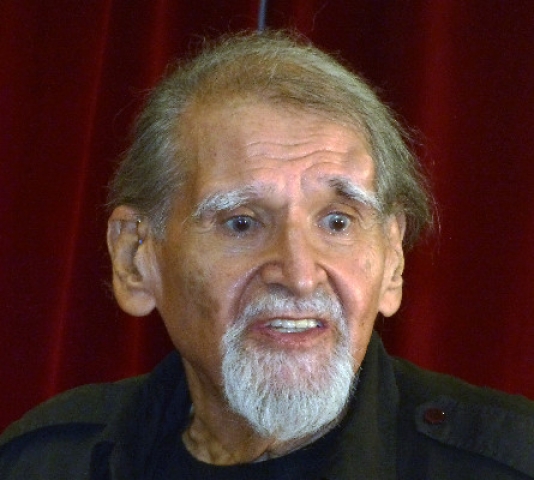 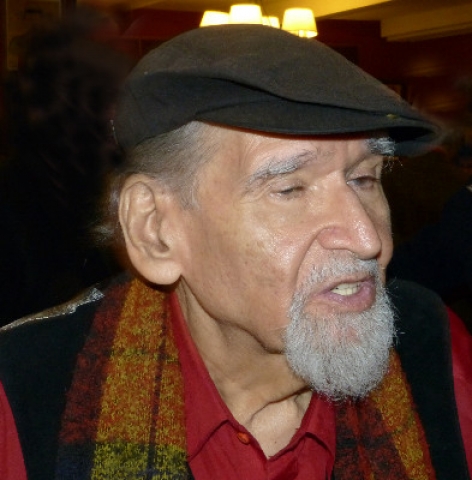 Our most recent memory of Ira J. Bilowit was last November. He organized a lunch at Sardi's during a New York conference of American Theatre Critics Association. Many of the actors and celebrities he recruited dashed from lunch to afternoon rehearsals and performances.

Although elderly and in poor health he took on the task as co-chair of the long weekend of events with Sherry Eaker. During the April convention in Philadelphia he volunteered to again assist in organizing a New York meeting which is likely to go forward in late October.

I met Ira when Astrid and I attended our first conference in Chicago several years ago. He was introduced by the NY critic Ed Rubin who made a point of underscoring his stature in the field.

During busy schedules of plays during conferences he could be relied upon for pithy and often caustic observations. He had truly been there and done that.

By e mail I was invited to be one of the presenters during the Sardi's event. Like others I was told to meet and get a sense of the guest. That was challenging as I interacted with Marlee Matlin and an associate who interpreted her sign language.

We were instructed to "just introduce" and "no long speeches." When that was not conformed to the miscreants were sharply brought into line. Accordingly I did my best to toe the line.

In hindsight I am so honored to have memories of his directness and efficiency. Even in a brief glimpse there was a sense of his unique personality and depth of passion for theatre.

Our profession has changed so much in the past decade, and not for the better, so it is unlikely that any of us will be monumental enough to walk in his footsteps. His career spanned a great and colorful era for Broadway and Ira, truly, was in the thick of it.

Ira J. Bilowit, the esteemed arts journalist of New York City and good friend to many of us, passed away this morning at the age of 90.

We are still gathering information and will send it out as soon as we get it including a fuller obituary to be posted on our website on the weekend.

He made no secret in past year that he was in ill-health that included kidney  issues and he was briefly hospitalized in intensive care earlier this summer but then released to rehab.

But he never stopped serving the American Theatre Critics Association, including working with Sherry Eaker to create the wonderful New York conferences, especially lining up the luminaries for the Sardi’s luncheon. He had volunteered in Philadelphia last spring to help us with the upcoming New York meeting.

An ATCA member since 1976, Ira was instantly recognizable at any gathering with a broad welcoming smile, bright eyes, feisty attitude, silver goatee and a willingness to share his encyclopedic knowledge with anyone who asked. His career and work with ATCA were honored in April 2014 when he was given emeritus membership status.

Ira also was a member and former vice-president of the New York Drama Desk, The Dramatists Guild and the International Association Of Theatre Critics.

His lengthy career in arts journalism encompassed work as a theater critic, feature writer and editor. He served as reviewer and an editor of Show Business from 1953-1958 and managing editor for it from 1961 to 1963. He was a contributing editor to Back Stage from 1980-1983 and editor-publisher of New York Theatre Review from 1976-1980. His extensive freelance work was seen in American Way Magazine, Theatre Crafts and Other Stages. He was still working in recent years, such as contributing a Metropolitan Diary column to the New York Times in February 2015.

Over a half-century, he interviewed many of the leading performing arts practitioners in almost every media from Sir Derek Jacobi to Milton Berle. Most were published in newspapers, magazines and even his own three experiments with online blogging. His articles recounted interviews and roundtable discussions  many of them taped with Tennessee Williams, Eugene Ionesco, David Mamet, Ian McKellen, Patrick Stewart, Estelle Parsons, Diana Rigg, Joan Plowright, Jonathan Pryce, Edward Asner, Alfred Drake and Rex Harrison. Some of the articles were couched as if the interviewee had written them, but in fact Ira was the author and credited “as told to.”

But he was deeply involved in the creation of theater as a playwright, director and producer for Off-Broadway productions, children’s theater and dance presentations – as well as general manager, production manager, stage manager and educator. He produced with Unicorn Productions his own musical adaptation of Of Mice and Men in 1958; wrote The Secret Concubine for Carnegie Hall Playhouse in 1960, and directed his own script, For Love of Candy, in 1971 at the Forestburgh Summer Theatre in Monticello.

He was born in New York City and attended City College of New York from 1947-1950 studying English and philology. He had written short stories, poetry and a novelette. But he had no deep interest in theater until a friend took him to a college rehearsal where he realized he might write plays. To do that, he had to volunteer to paint scenery, hang lights, do publicity and act, something he did not think he was cut out for.

But that allowed him to produce and to write one-act plays, some of them experimental. The turning point occurred at a chance viewing of some random theater scenes based on the works of John Steinbeck.

He bought the rights for a six-month window to adapt and write lyrics for Of Mice and Men along with a composer. With Steinbeck’s blessing, the show was mounted at the Provincetown Playhouse in November 1958 with a cast including the Jo Sullivan and Art Lund. But it closed after six weeks because a newspaper strike delayed reviews. It was given a developmental reading in 2007 by the York Theatre Company.

Survivors include two sons, Michael and Bill, a Miami-based filmmaker, and his first wife, the acting teacher/coach Alice Spivak with whom he remained close. His second wife, Debbie Wasserman, who was a longtime ATCA member as well and worked for PBS’s Channel 13. She preceded him in death.

To see a 2009 interview with him, click on
https://www.youtube.com/watch?v=sa9rAhmRp9c.