Romance Novels for Dummies at WTF

No Southern Comfort from Boo Killebrew 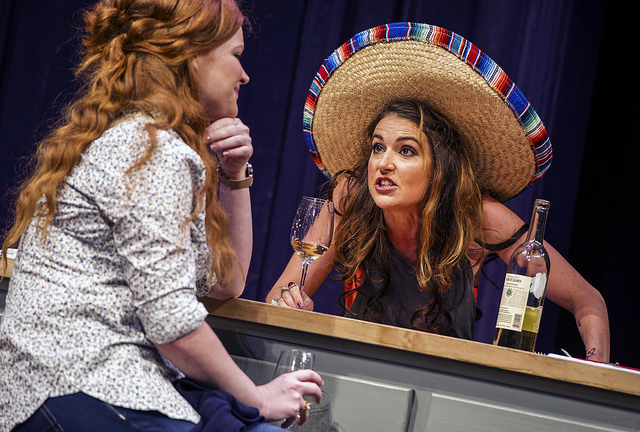 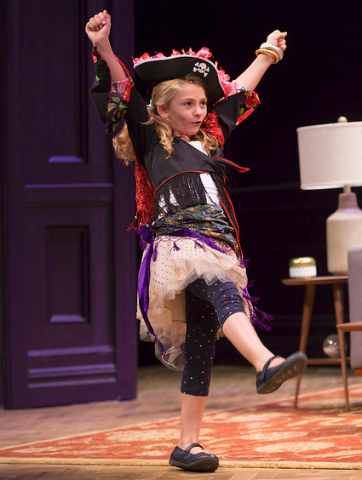 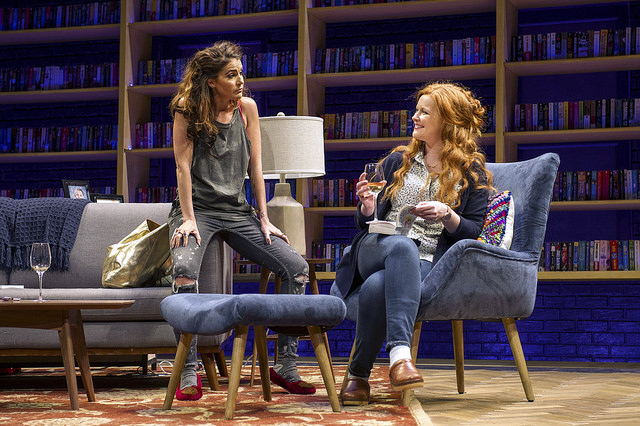 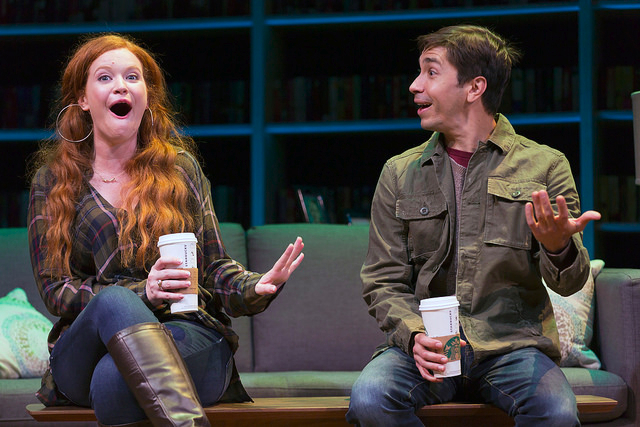 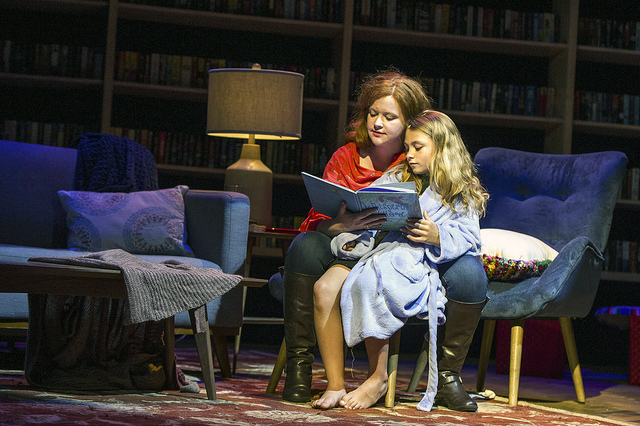 Given the limitations of a less than engaging exploration of the mind set of the young and restless the play might have felt more intimate and compelling in the smaller Nikos theatre.

Although provided with the considerable production values of the always technically superb Williamstown Theatre Festival the play felt overextended.

Under a massive pile of red hair with dangling curls (wig design by Dave Bona) Liz Eberwine (Mary Wiseman) is a  29-year-old Southern belle, now widowed with a six-year-old daughter, who married her high school sweetheart.

This stay-at-home mom had the perfect bourgeois life in a small town in Mississippi. Drawing on her own life experience this is where Killebrew was raised until at 18 she left to study theatre at Boston University. She never went back to Old Miss, gosh I wonder why, but continues to draw upon the myth of gracious Southern women.

Now a single mother, other than her deceased husband, Liz has little or no experience, sexual, romantic or otherwise of men.

This is in sharp contrast to her sister Bernie (Ashley Austin Morris) an aspiring actress who drinks, smokes reefer, talks dirty, and is slutting her way through the New York hookup scene.

With the financial support of her in-laws Liz is living with her daughter and sister in a Brooklyn brownstone.

The massive living room, designed by Tim Mackabee, is oddly sterile and generic. At the back of the stage is an enormous bookcase with perfectly arranged rows of the romance novels that Liz avidly reads and now aspires to write. She wants her own sad life to have the happy ending that is the formula of those books that inspire her.

In the superb lighting design of Justin Townsend we were surprised to discover that the rows of books were just an illusion. That was a metaphor for a drama that tries too hard to be a comedy.

The performance of Wiseman was particularly stilted which primarily derived from the constraints of the script. There is a moment in the second act when, after a series of daunting setbacks, Liz finally gets real. That leads to a total meltdown. The sisters open up and reveal the sense of loss and frustration that has been raging beneath the surface.

Given the tragic loneliness of her sister the solution of Bernie is simple and succinct. With raunchy emphasis, and one of the few highlights of the play, she articulates that the “Best way to get over a man is to get under a new one.”

Liz is also dealing with the anger and sense of loss of her precocious daughter Lily (Emily Lyons). She is obsessed with death and her mother avoids talking about her feelings. Her aunt, however, is more direct on this and other topics. The questionable approach of Bernie with her niece is that girls just want to have fun. That entails foul language and watching adult themed films like Dirty Dancing.

To be sure Liz, so steeped in the illusions of a Southern woman and fantasy of a perfect life, is shocked and angry that her daughter is picking up all the wrong moves from her bohemian aunt.

The writing of Killebrew focuses too heavily on the juvenile character. The child actor is game and indeed funny but too often we just couldn’t hear her. This was particularly evident when she had the last lines of the play which just sailed past us.

The raunchy exchanges between Liz and her life coach  sister Bernie were constantly punctuated with the exclamation “Girl.” It was annoyingly girl this and girl that. It reminded me of a period in the 1980s when it was impossible to get through a sentence without uttering “man.” It was hey man this and that. So this is just a generational adaptation and gender transference.

Which is, one assumes, what this play is about. The concept, arguably, is about women taking charge particularly as sexual predators on an equal footing with men. Bernie is all for it while Liz is stuck on an archaic notion of romance as formulated in trashy novels.

Getting back under a man entails surfing on line date sites. The men, three in this play performed by Justin Long, explore all of the possible clichés. The last, Myron a musician, has real potential but Liz has kept him in the dark about her actual life. There is an awkward reveal and even more miscued refire.

In multiple WTF seasons Long has been a go-to, brilliant comedian. None of that was conveyed this time out. Beyond the usual soap opera paradigms Killebrew didn’t give Long much to work with.

Too much of this play felt like afternoon TV watched by stay-at-home moms.

This was exacerbated by the direction of Moritz Von Stuelpnagel. During the first scene between Jake and Liz with confounding blocking Long had his back to the audience while facing her. We rarely caught a glimpse of how he interacted with her. There could have been a simple solution to this.

Well into the play after some messed up dates and a botched attempt at a festive birthday party for Lily, from out of nowhere, the in-laws come bounding in. As Cecilia (Connie Ray) blurts out they are family and there’s no need to call ahead. They want to surprise Lily.

And how. The husband Bobby (Andrew Weems) in an underplayed role just tags along and pays the bills. He lost his stones a long time ago and tells Liz in a less than poignant exchange how he just gets drunk every day.

The strident performance of Ray never reaches beyond the stereotype of a manipulative, smothering mother-in-law.

The birthday party is just one huge mess. It’s supposed to be funny but doesn’t really click. Myron arrives unexpectedly, Lily talks and acts dirty, the in-laws are freaked, and Liz hits the bottle.

She wakes up from a stupor and train wreck of her life with her face covered in frosting. Liz passed out head down in the birthday cake. What a metaphor. Indeed, good grief, that took the cake.

To the credit of WTF the festival continues to present new works and emerging artists but occasional ventures such as this just aren’t ready for prime time.