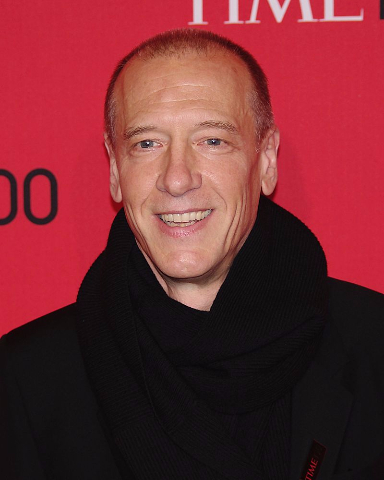 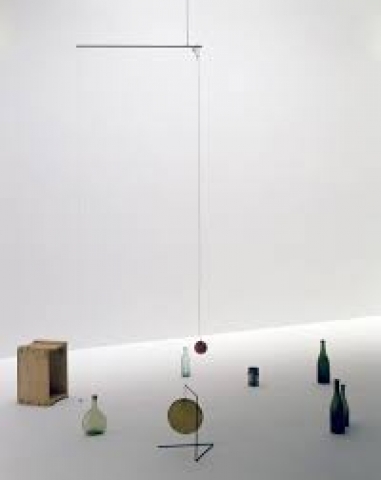 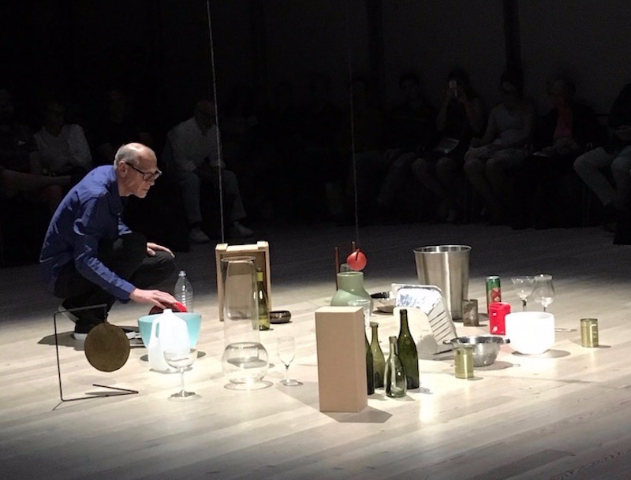 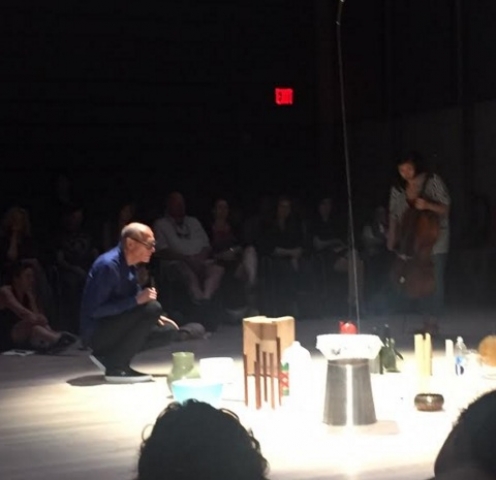 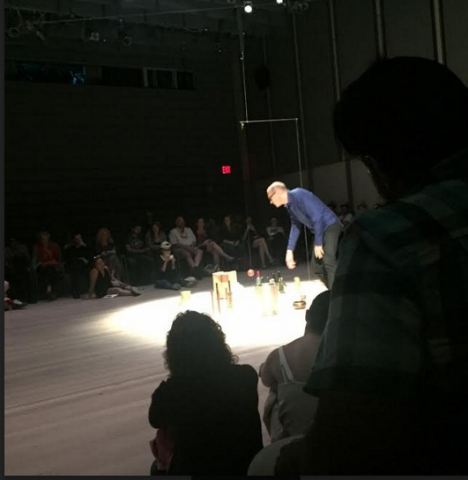 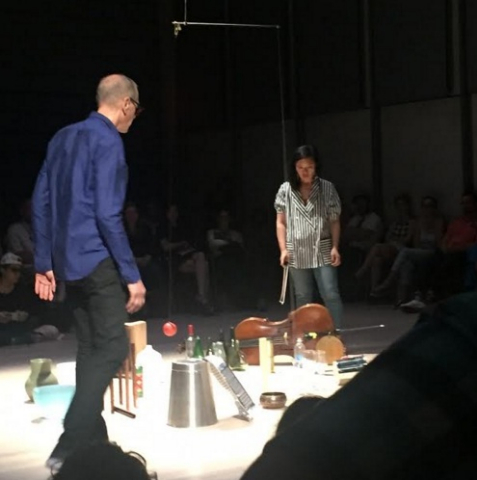 A cello joins the sculpture 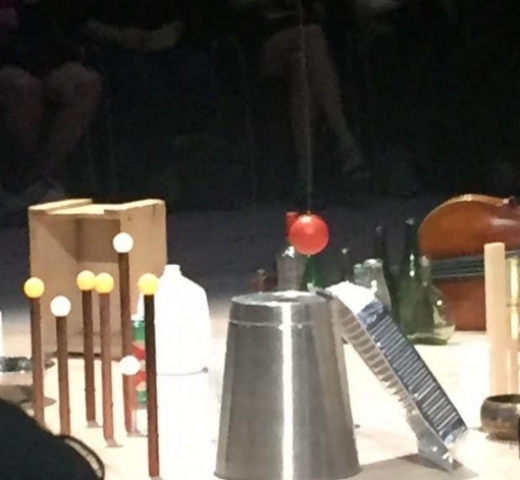 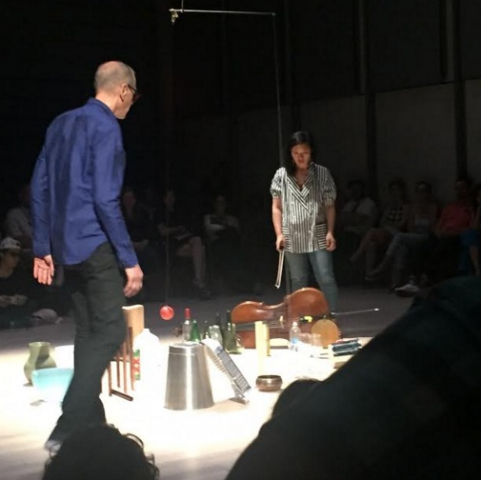 Where is the sound coming from?

Christian Marclay has won multiple awards and been exhibited in important venues around the world. Now he performs live at the Whitney Museum of Art which is exhibiting Alexander Calder’s work in Hypermobility. The mobiles are billed as movable sculptures animated by touch.

Marclay not only touches the first mobile created by Calder, but he also gives it a chance to come out of its barely whispering quiet to produce sound. Calder did this too, but with only five objects. He wanted the audience to interact. He invited the use of other objects. Marclay could not be a better artist to collaborate with Calder.

Sounds happen at random as Marclay, soft-footed, exits and enters the mobile's circumference, grabbing and releasing the heavy red ball which dynamically sets up Calder’s miniature white wood one. Calder carved the ball himself, and it is not perfect. The sounds are minimally amplified by mikes hanging above the mobile.

Early on cellist Okkyung Lee is added to the new installation as it is being created. She circles the floor, making small, strange noises on her cello. Plucks, picks, pouncings.

Marclay exits and enters each time with new objects to add to the visual still life on the floor, which will animate as the small white ball eventually hits it.

A cookie tin on its side rolls around the ‘still life.’ Glasses purposed for wine, champagne and even a Pepsi make different sounds as Marclay’s hand hovers circling above them. A choir of still objects grows, but each sound is unique because only the white wooden ball hits, its energy generated by the large, heavier red sphere.

As Okkylung Lee prepares a stool with cloth and settles in to place her cello on its foot to the floor, I wonder if she was going to burst forth in full notes on her strings. This does not happen, but the tension created by wondering was both discomfiting and engaging. She too will squat on the floor with Marclay to become part of the still life soundscape.

If you think we’ve all been numbed by social media, take a look at the active, silent, still engagement of the audience as they enter each new ping and pong, suggested by the ping pong balls Marclay sets on top of some thin cylinders of metal and wood along the way.

The work lasts an hour and will never be repeated as we heard it. Placement of the objects is not random, because Marclay has studied the sculpture and its moving possibilities. Yet each performance is random. Marclay says he will continue to perform this as he creates a copy for his studio. He would be lonely without it.