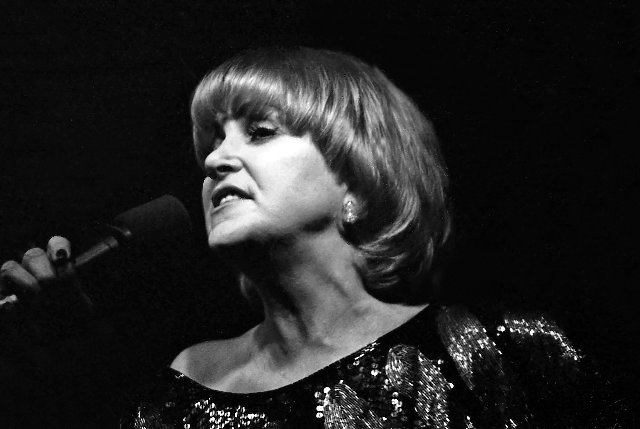 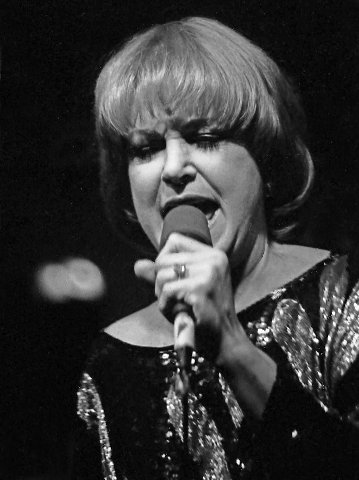 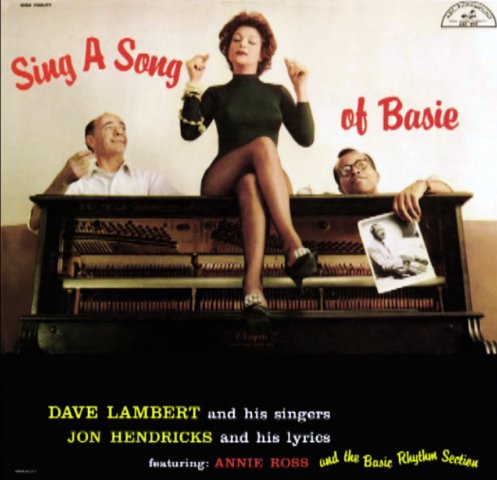 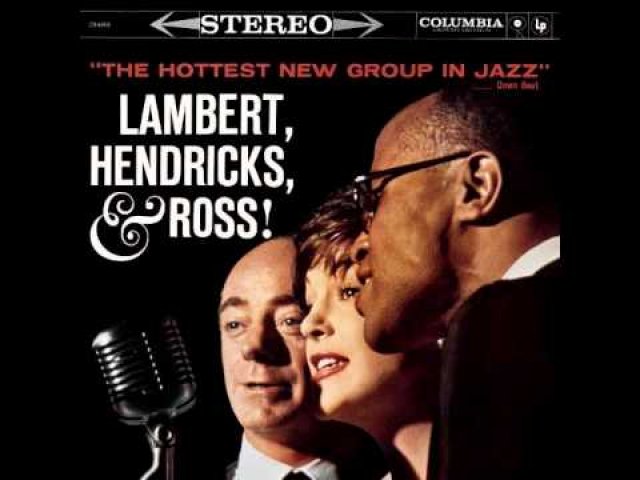 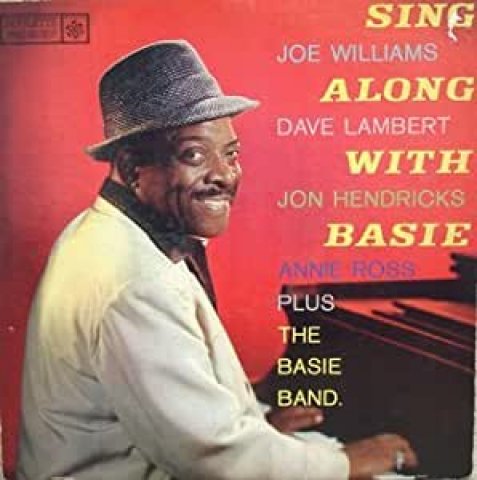 Session with Basie and Joe Williams among the top all time jazz vocals albums. 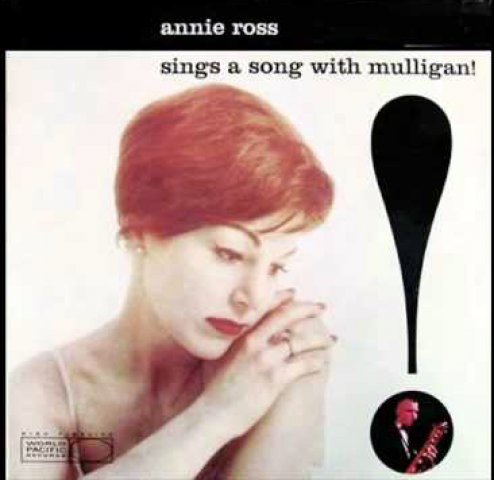 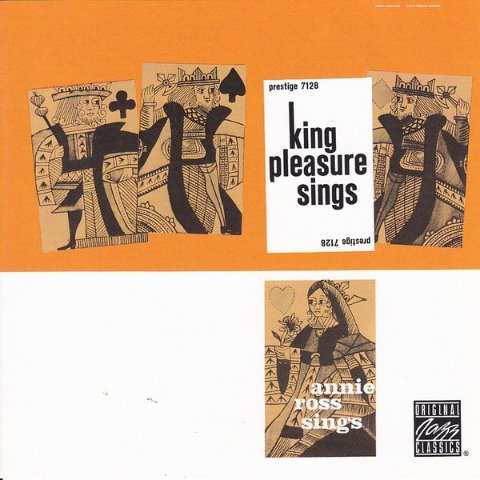 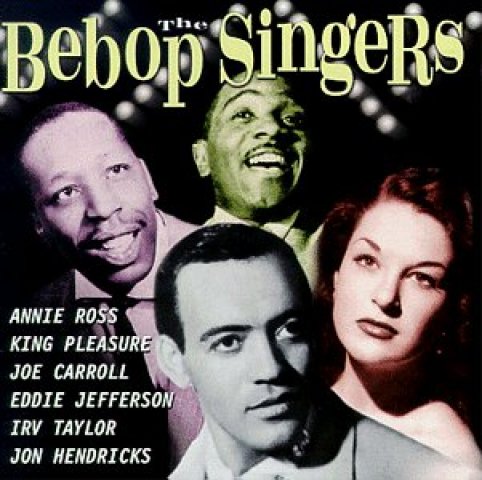 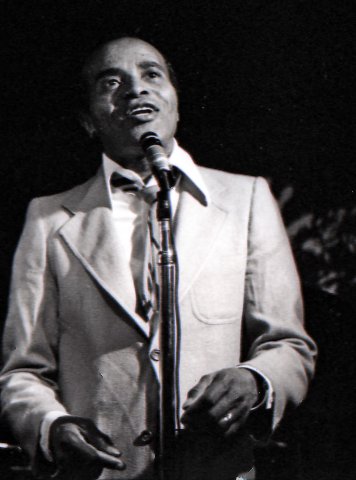 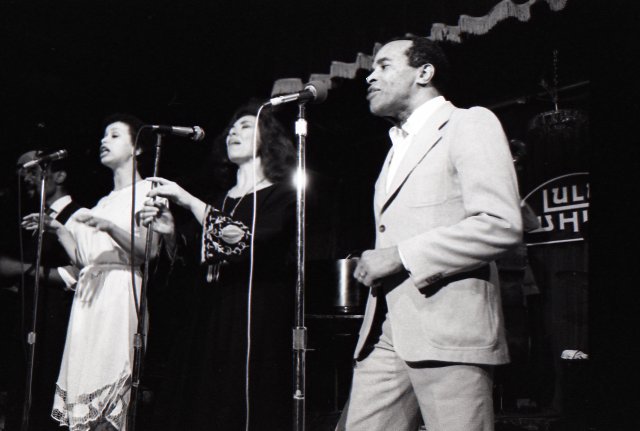 The Hendricks family at Lulu White's. 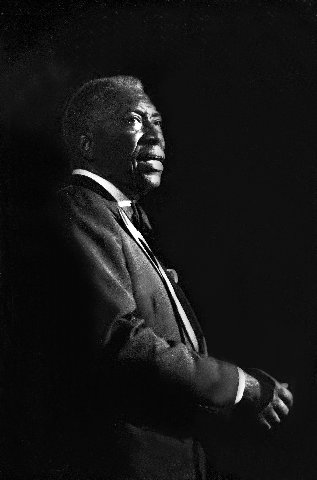 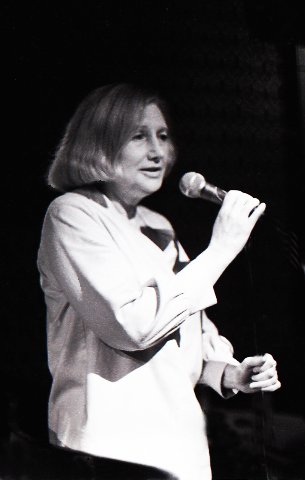 Blossom Dearie was hired for a King Pleasure session. 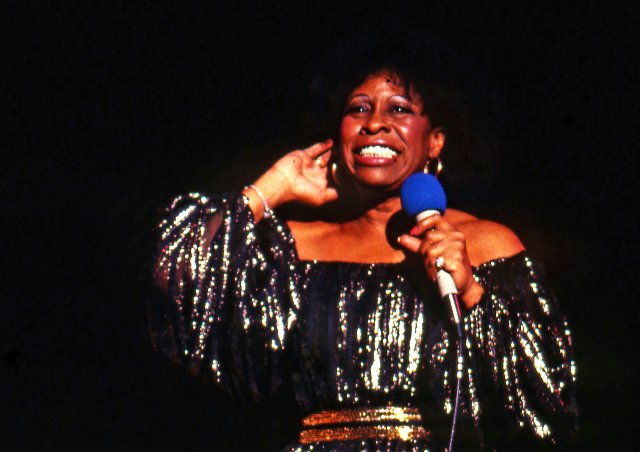 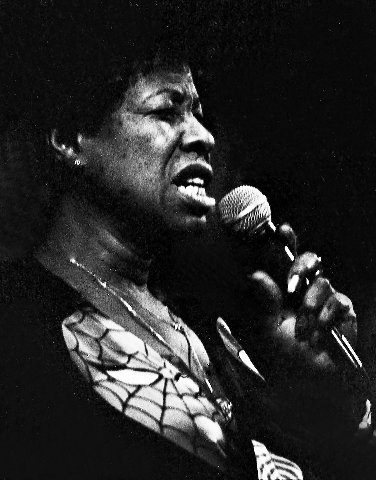 Up close for a nightclub gig. 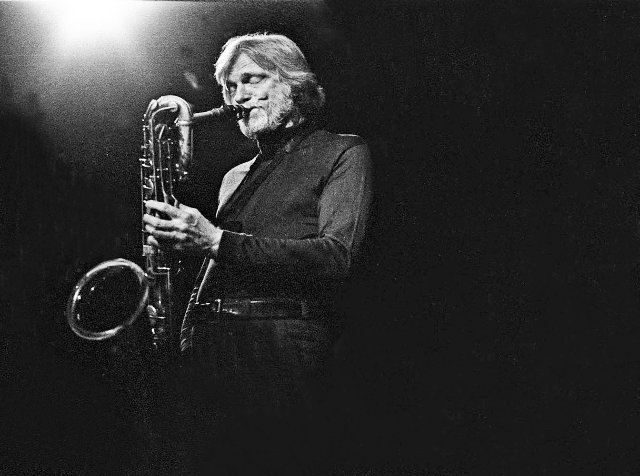 Among the elite and most innovative jazz vocalists of her generation, Annie Ross who died this week at 89, was born in a suitcase and traveled for the rest of her life.

She was born Annabelle Macauley Allan Short on July 25, 1930, in Mitcham, a town in Surrey, England. Her parents, Jack and Mary Short, were a Scottish vaudeville team. At the age of three she was sent to Los Angeles to live with an aunt, the singer and actress Ella Logan. There she found bit parts in movies with more to follow as a second career. Through her aunt she met and performed for many jazz giants including Duke Ellington. He was impressed that she knew one of his obscure songs.

I was a senior at Boston Latin School, and an ardent jazz fan, when Sing a Song With Basie was released in 1959. It remains on the short list of my favorite all time albums. The singers Dave Lambert, Jon Hendricks and Annie Ross were joined by the inimitable Joe Williams and the Count Basie band.

Like a well-trained high wire act, in their mix of voices, Annie soared above the others with scorching passion and intensity.

When Lambert, Hendricks and Ross came to George Wein’s club, Storyville, I caught their act with a classmate and fan, Ken Freed. Unfortunately, he insisted on inviting one Bill Sarill. While Ken and I were quite sophisticated, and might have gotten served, the juvenile Sarrill was definitely not. With chagrin we nursed our Shirley Temples.

That performance is etched in my memory. Rather than the full-monty blast of the Basie band they were backed by the Ike Isaacs trio.

With adolescent lust I couldn’t take my eyes off of Annie. She lithely titubated in a strapless, red satin sheathe. To hide the tracks, like other mainline jazz women, she wore long white gloves. Smack ended her four-year run in 1962 when the trio was at the top of its game.

When Annie left, Lambert and Hendricks recruited other singers and even produced an album, but it was never the same. From time-to-time Ross and Hendricks played gigs. For a spell she had her own club in London and later mostly performed as a cabaret artist.

Well into her 80s she continued to drink, snort and toke. Remarkably, she died in Manhattan just days before reaching 90.

In 1966 Dave Lambert was killed while changing a tire on the New Jersey Turnpike. I got to see Hendricks a number of time until his death in 2017. He performed solo, as well as with his family. They performed the LH&R book at clubs like Lulu White’s and Sandy’s Jazz Revival. It was at the latter that I climbed up to the small, second floor dressing room. Asking to speak to him a young woman shouted “Dad, some dude wants to talk with you.” He proved to be gracious and charming sharing memories of Annie.

Years later, I caught her solo at a club in Kenmore Square. By then she was past her prime and the pipes were somewhat rusty. She still had that impeccable style and phrasing and could swing the ass off a tune. She had superbly articulate diction and could blast out tunes at a blistering tempo. In that regard the masterpiece of LH&R was the rocket rocker, an aptly named “Cloudburst.” At the Troubadour in LA I heard the Pointer Sisters take it on.

Of her numerous recordings Ross is best remembered for “Twisted” which was one of her first sessions for Prestige Records. She was presented with some of their bop recordings and asked to adapt them with vocals. One was a 1949 recording with that most lyrical of all bop tenor players, Wardell Gray. She recorded it in 1952 and it was often covered subsequently. It is one of the most clever and amusing tunes in all of jazz.

Four tracks by Ross were added to an album by the legendary singer King Pleasure (1922-1982). One of the greatest improvisers and innovators in jazz he is also among the most ephemeral of artists. For an artist of his magnitude, the discography is galvanic but slight. His liner notes on an album are enigmatic and hint at why he dropped out at the height of his career.

The cabaret singer, Blossom Dearie (1924-2009), recorded with him. During a gig at the Merry Go Round Room in Copley Square I asked her about King Pleasure. It proved to be a dead end. She was just hired for the session which produced legendary tracks. Dearie dimly remembered the session and declined to discuss him.

The story of scat begins with New Orleans composer, vocalist, and pianist Jelly Roll Morton (1890-1941). Mostly he was a braggard but he got some things right. He told Ripley’s Believe It or Not that he invented jazz which was absurdly not true.

In the Library of Congress sessions, he told Alan Lomax that he invented scat. “What does scat mean” Lomax asked in the deadpan manner of an archivist? With exquisite flourish Morton answered with a demonstration, “Why scat ain’t nothing but what gives a song a flavor.”

Historians may well argue that the first scat song was “Heebie Jeebies” which Louis Armstrong recorded in Chicago, in 1926, with The Hot Five. Asked why he improvised sounds he stated that while recording he dropped the lyrics of a new song and had to make it up. Satchmo at the time did not read music.

There has always been scat most memorably in the swing era of a young Ella Fitzgerald with the Chick Webb Band. Her great rival was Sarah Vaughan and from time-to-time they traded riffs going head to head. Mostly Ella came out on top during these friendly contests. Nobody, but nobody, ever cut Ella.

Scat was shaped into a new direction during the bop era. The development of vocalese was credited to Eddie Jefferson (1918-1979). He adapted a solo by sax player James Moody in the song “Moody’s Mood for Love.” Oddly, it was first recorded by King Pleasure.

While Moody and Pleasure faded from the scene their approach was taken up with a vengeance by Betty Carter (1929-1998). She was fondly known as Betty Bop. I got to hear her numerous times in clubs and festivals. It was always a trip when, after setting into a tune, she took it to another level. By the end you didn’t know or care that the heck the tune was. It might be something as mundane as “Surrey With the Fringe on Top” from Oklahoma.

While classic scat singers adapted famous bop solos, Carter was her own master improviser. Her voice was itself an instrument. Her seeming disregard for lyrics earned the displeasure of some critics. It was an acquired taste and too out there for the general audience.

Although Annie is best known for her work with LH&R she was a superb solo performer. She had a gorgeous voice and a wonderful sense of working a ballad. One of my favorite albums was recorded with baritone sax player Gerry Mulligan.

I wore the grooves out of two copies of Annie Ross Sings a Song with Mulligan (1959). My favorite track from that iconic set is “I Feel Pretty” by Leonard Bernstein from West Side Story.

So Annie thanks for all the joy. In my book you’re the tops.