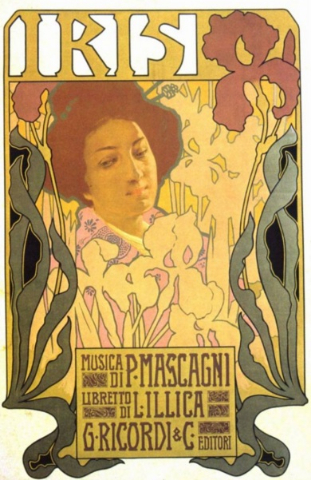 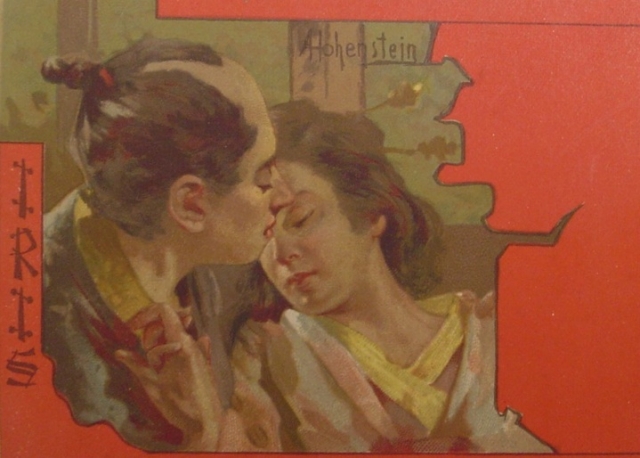 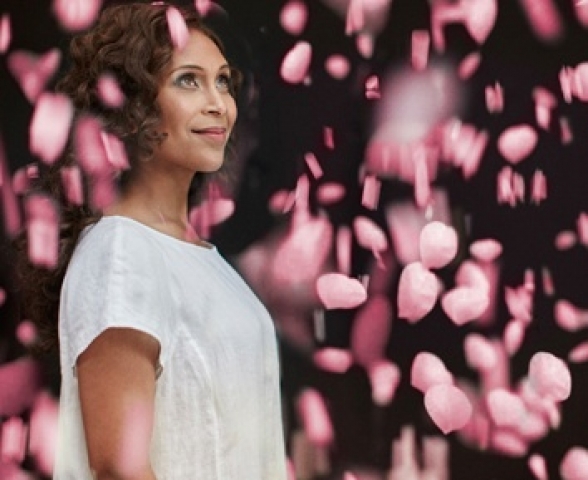 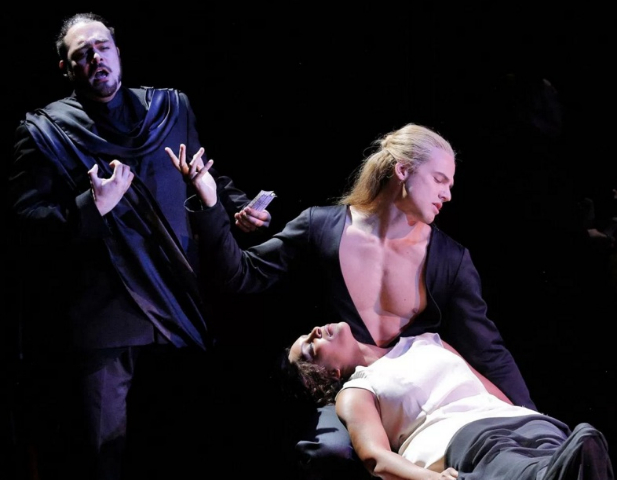 Osaka, Kyoto and Iris at the bordello 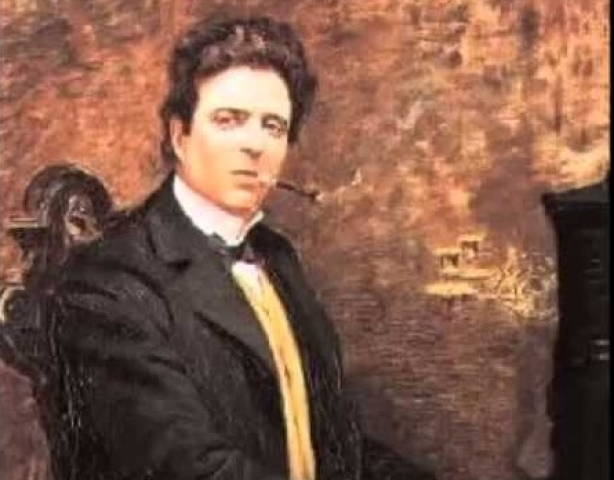 The music is gorgeous. Botstein hears Wagner. We heard Puccini.  The descending fifth leap from Tosca started many a phrase. Yet it was Mascagni that preceded Puccini.

Both composers set operas in Japan. Illica wrote the librettos for Iris and Madama Butterfly.   Iris was a huge success when it opened. Butterfly crashed. Butterfly still packs opera houses. Iris is hardly an opera-household name.

Listening to the lush music in the bordello scene when the lusting Osaka tries to claim Iris, it is difficult to understand why Iris is not on every opera house’s A list.

Music of the opening Act echoes the Italian verismo tradition frequently heard in Puccini's operas. Verismo implies realism in the libretto. Characters are average people experiencing sexual, romantic or violent feelings and acts. Mascagni's opening hymn to the sun and reference to the gods is a romantic turn to the past.

Layered tones in music and the production layout of the First Act are heard in warm string tones which  resonate beautifully through the Sosnoff Theatre. Music themes will be present through the whole piece, and transform what we witness. Romantic and lyric melody arise at first, very "thin" in pianissimo dynamic and low register.  They gradually move to higher octaves and reveal a pompous character in the appearance of brass instruments and timpani.

While the American Symphony Orchestra, led by Botstein, made you wish the opera would never end, the staging did not overcome what are perceived to be the opera’s production problems.

The decision to set the piece time and place neutral does not offend. Japan however is not a bad choice for the story. Women have been second class citizens until very recently. The geisha/courtesan is famous for the talent with which she displays her wares. Honor is at the heart of cultural notions. All these themes need to be at the forefront for this opera to work on stage.

The story is also intimate.   Iris is living with her blind father, without many material goods, but happy in the beauty of the sun, of flower petals falling from the sky and piling up softly underfoot.

Kyoto scours the countryside for a young woman to satisfy his patron, Osaka.. He spots Iris. A play within a play is performed to suggest her future. She is then captured and taken off to work in the city.

We are distanced from the action by a high wall separating the worlds of Iris and Kyoto. This diminishes the emotional impact of the father’s complex relationship with his daughter, and also of Kyoto’s evil.

The bordello is suggested by several receding rooms, covered in plush red material. Kyoto arrives to claim Iris, who is waking from a drug-induced stupor. She does not know where she is. Kyoto proclaims his love of her. She resists. This is the highlight of the opera musically. Gerald Schneider, an Austrian Australian tenor, is the real deal. He had a rocky start, but settled in here. His rich, expressive tenor was full of desire.

Talise Trevigne as Iris has a monumental role. She is on stage singing for most of the three acts and her lush soprano never faltered, always fully embracing the composer’s melodies.

While it’s been said that Iris is plotless, this hardly describes the journey of an innocent young girl from an appreciation of the sun to its embrace as she dies. One vignette follows another and they are tied together by the arc of the story and the drive of the lush harmonic score. We needed to hear and see more up close and personal to really appreciate this opera. The director’s bold brushstrokes writ large on stage did not achieve that purpose.  Yet the singing and the orchestra performance held us in their thrall.