Davone Tines in The Black Clown 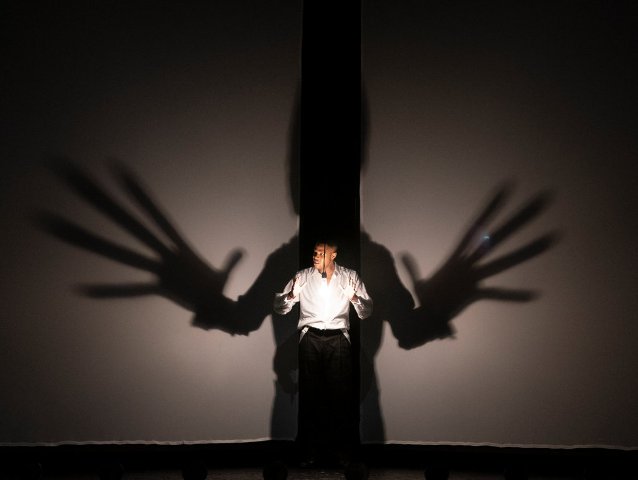 Davone Tines as The Black Clown at Mostly Mozart 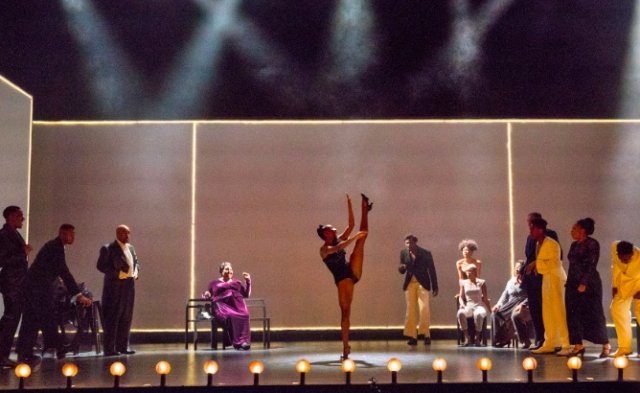 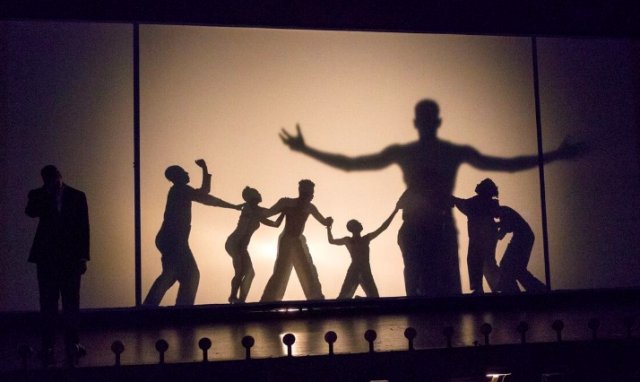 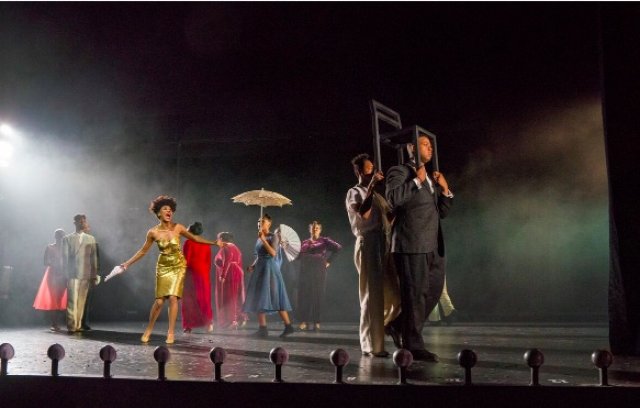 A funeral in The Black Clown Photo credit Richard Termine

Davóne Tines, bass/baritone, worked hard on his performance art at Tanglewood. He has sung Bellini, but prefers contemporary music and has won praise for performances of John Adams’ and Kaija Saariaho’s works. His Frederick Douglass aria, sung as a slave in the Adams/Peter Sellars Girls of the Golden West, is the highlight of that opera. Tines continues to ask Douglass' question: What to the slave is the fourth of July?

Tines has circled his identity as a black man. At National Sawdust in Brooklyn he presented a choreographed work, Requiem for a Tuesday. It was designed to inspire mobilization against racial discrimination and police brutality.

Now Tines comes home. The New York premiere of The Black Clown, based on a Langston Hughes poem, is taking place at the Mostly Mozart festival.

Like Lawrence Brownlee's compelling work Cycles of My Being, the central singing artist, in monologue, portrays what it is like to be black and male.

Eldridge Cleaver wrote from prison about the black male.  All agree that development to manhood for young black men is the most intractable problem in our country.

In the Hughes'  poem, the poet presents himself as a clown, here to do his audiences' bidding. Tines takes on the role, at first speaking in mellifluous if embittered tones.  He is alone on the stage and in a pool of light. Brownlee and Tines are addressing their brothers, man to man. They also address us.

Throughout the poem's spoken and sung verses, Tines will be joined by his fellow blacks, both men and women, singers and dancers. They come in all hues and shapes of darkness. Choreographer Chanel Da Silva captures the emotion of the moment and an over-arching picture of blacks at play and at hard work.  Schachter's score is a driving potpourri of musical styles which reflects the diversity of black music, signaling doubt and hope. The lilt is often eviscerating. Yet the music says only what the ear can bear to hear.

When the ensemble, and especially Tines, break the fourth wall and point at the audience in accusatory gestures, and also inviting understanding, the seats of the theater are filled with a black and white checkerboard of people. The success of this work comes from its humanity. We can identify no matter what our color.

It would be difficult not to feel what is going on on stage.  Directed by Zack Winokur, many elements of what we love about black style--gospel songs, jazz and the Cotton Club--are celebrated alongside backs bent in labor and arched in pain. Scenes are distinct and still blend one to another. They are often framed by the flashing neon lights like those on the Apollo's marquee.  We hear echoes of Josephine Baker and Cab Calloway.

The evening's effect is cumulative.  Action becomes more insistent and demanding.  When the final line of the poem is sung and said by Tines, we know he has made it.  "I am a man."  He no longer feels himself a clown.  He has freed himself from us.  There is a sense of joy in giving up a grief to great to be bought off. This does not feel like an insult. We greet the statement with relief.  We no longer hold a man in bonds. The storm of being a young black man is put to rest, yet memory still has power over the present.

An evening full of deep insights is also full of rollicking entertainment.